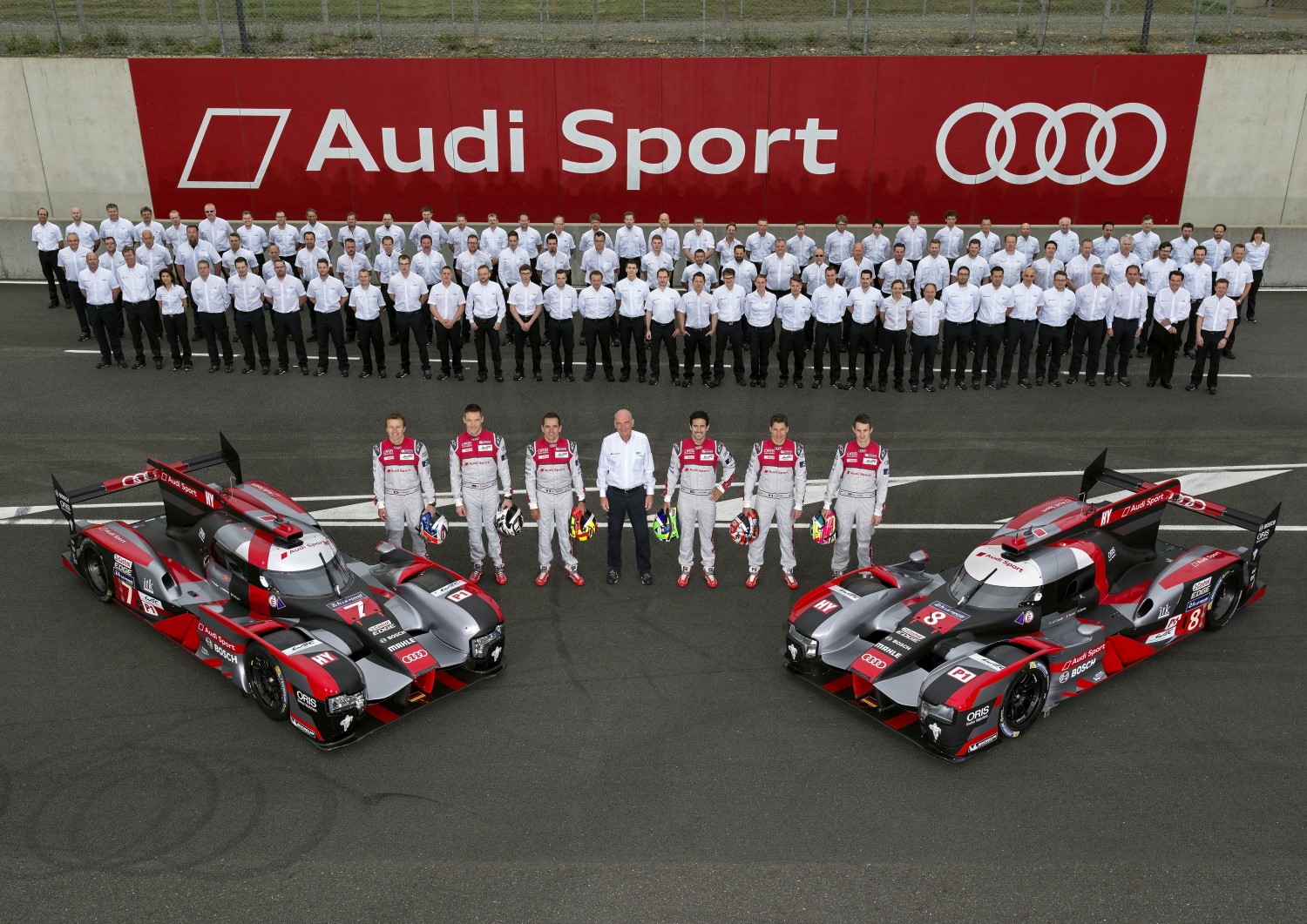 Never before has Audi made so much out of so little: In its 18th Le Mans participation since 1999, Audi has less fuel energy at its disposal than ever before – and less than its competitors, as specified by the regulations. Still, the new Audi R18 LMP sports car is to battle for the top spot on June 18 and 19 thanks to notable efficiency. 13 times Audi has won the 24-hour race to date and this year the endurance classic will arguably be as tough as never before.

“We’ve already seen how great the challenges are this year in the FIA World Endurance Championship (WEC)," says Head of Audi Motorsport Dr. Wolfgang Ullrich. Audi met with strong rivals, won round two at Spa (Belgium) with Lucas di Grassi/Loic Duval/Oliver Jarvis (BR/F/GB) and achieved the best time on the test day at Le Mans on June 5 with di Grassi. “However, it would be premature to draw clear conclusions from this for the race at Le Mans. We have great respect for our strong opponents," says Dr. Ullrich.

[adinserter name="GOOGLE AD"]Each of the three manufacturers battling for overall victory with their hybrid sports cars has already logged leading kilometers in the FIA WEC. Conditions at Le Mans differ from those of the WEC rounds at Silverstone (UK) and at Spa (Belgium). Nobody can practice on the 13.629-kilometer circuit as it largely consists of public roads and is closed to normal traffic only for the test day and the race week. Lucas di Grassi achieved an average speed of nearly 244 km/h at the test day. Audi will be racing at Le Mans with special low-drag aerodynamics.

The duration of 24 hours is unique on the FIA WEC calendar as well. In return, the classified entrants are awarded twice the number of points compared with the other rounds. The “marathon" at La Sarthe is arguably the world’s most prestigious endurance race. Audi has won it an amazing 13 times – most recently in 2014 with Marcel Fassler/Andre Lotterer/Benoit Treluyer (CH/D/F). As a result, the premium brand from Ingolstadt is ranked in second place of the all-time winners list that was begun in 1923. Audi’s line-up this year consists of Fassler/Lotterer/Treluyer in car number “7" and di Grassi/Duval/Jarvis in car number “8."

Audi is the only brand to rely on a highly efficient diesel hybrid powertrain. In 2006, Audi was the first manufacturer to win the Le Mans 24 Hours with a diesel engine, has clinched eight victories with the TDI since then and set a new distance record in 2010 that has not been broken to date. Ten years of TDI are a perfect occasion to look at numbers reflecting the progress that has been made: In 2006, the Audi R10 TDI had a V12 TDI engine with 5.5 liters of displacement.

Now, a 4-liter V6 TDI powers the R18 – it uses 46.3 percent less fuel and the race car achieves better lap times. In addition to the powertrain made up of an internal combustion engine at the rear axle and a hybrid system at the front, Audi has tapped major aerodynamic potential, perfected its lightweight design, converted innovative ideas in the suspension, system solutions and other detailed areas into reality, and plays a pioneering role in lighting technology at Le Mans. With that, the 24-hour race at La Sarthe remains a perfect laboratory for testing technologies for tomorrow today and subsequently making them available to Audi’s customers.

Eurosport will be airing live TV coverage of the practice sessions, including qualifying and warm-up, and the race with pre-race reports starting at 14:15. Actor Brad Pitt will be waving the cars off in his honorary starter role before the race starts on Saturday, June 18, at 15:00. Audi will be providing extensive reports on its Facebook (AudiSport) and Twitter (@audisport) channels. The brand’s fans can additionally watch on-board footage with telemetry data and further information at www.audi-motorsport.com.