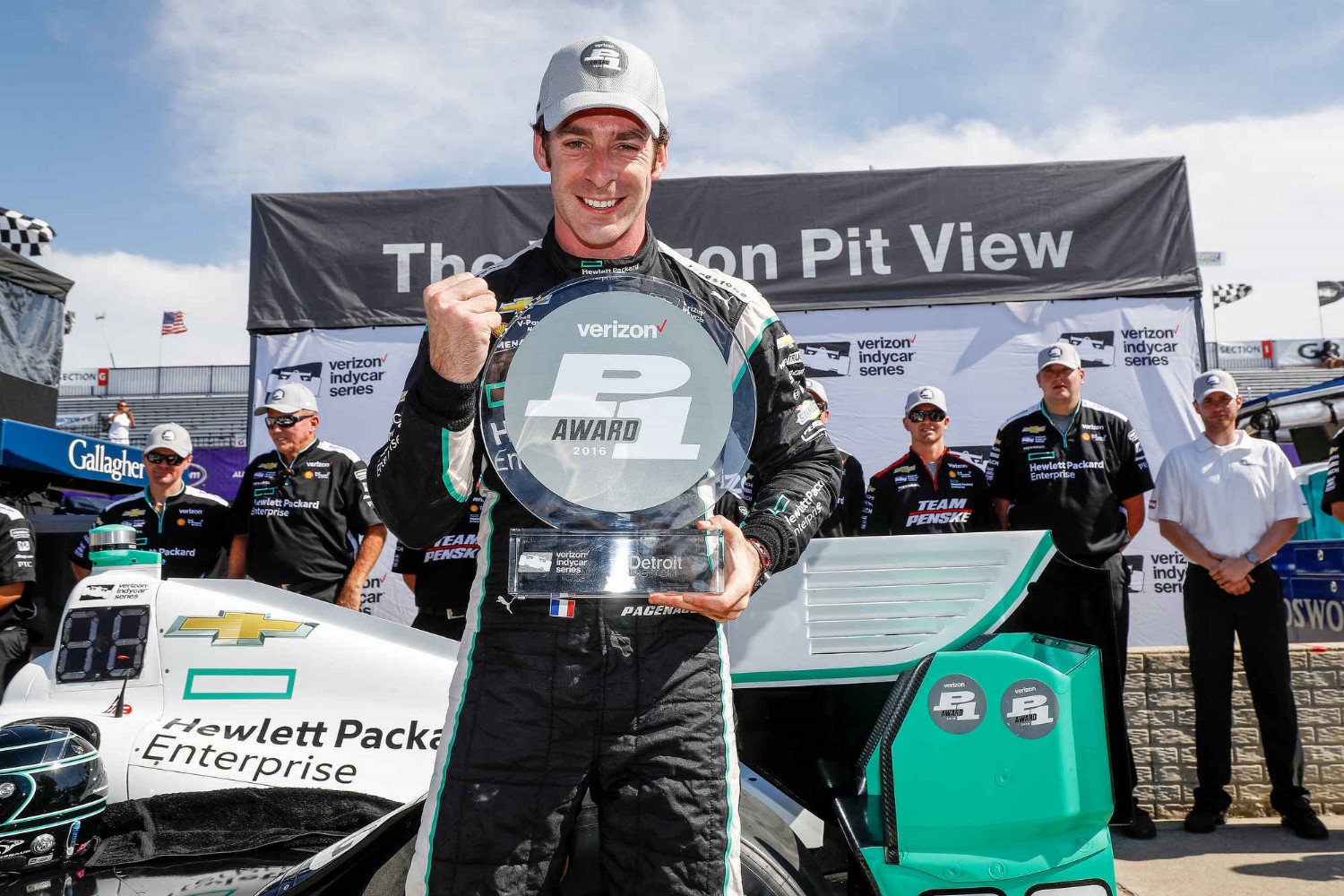 Simon Pagenaud completed a weekend sweep of qualifying and will start from pole position for a second straight today in this afternoon's Chevrolet in Detroit Dual 2. The driver of the No. 22 Hewlett Packard Enterprise Chevrolet posted a lap time of 1:14.038s in the first of two qualifying groups to earn his fourth pole of 2016.

Joining the Verizon IndyCar Series championship leader on the front row will be Ryan Hunter-Reay. The driver of the No. 28 DHL Honda led session two with a lap of 1:14.562 and was vaulted to the top of the group after Will Power lost his two fastest qualifying laps for interfering with Marco Andretti. Power still managed to post the fourth fastest time of session two and will start 8th.

Helio Castroneves will start third having posted a time one-tenth slower than Pagenaud in round 1. Scott Dixon and Mikhail Aleshin round out the top-five.

“The HP Chevrolet is beautiful," said Pagenaud following the sixth pole of his career, and series-leading fourth of the season. “A bit of rain really helped us to stay fastest in the group. I’m really, really proud of the guys on my team. We will see what can do for today. We will adjust the car for the race conditions. We don't know what the weather is going to do yet; we will just have to watch the radar. Quite frankly, we’ll just try to do what we did yesterday and put our car in the right place at the right time."

Pagenaud also leads the series with three wins through the first seven races.

It is the seventh pole in seven race for the 2.2-liter, turbo-charged Chevrolet V6 engine and the Chevy Aero Kit.