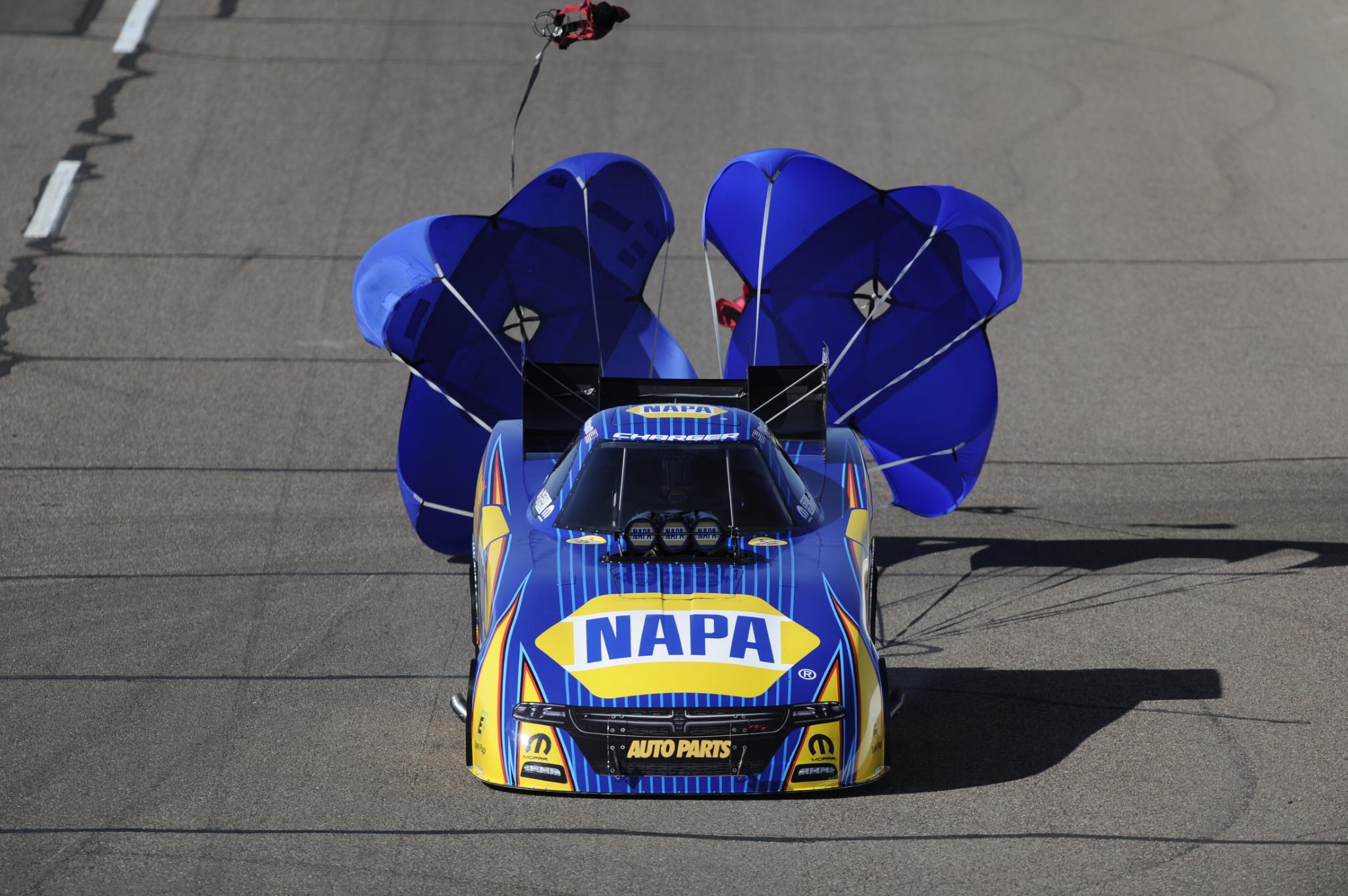 Defending Top Fuel world champion Antron Brown claimed his first No.1 qualifier of the season on Saturday in front of a sold-out crowd at the NHRA New England Nationals.

Brown set an elapsed time track record, piloting his Matco Tools dragster to a 3.701-second pass at 319.07 mph in the final round of qualifying to jump up from the fifth spot at New England Dragway near Boston.

“We’re getting to where we want to be at, and that’s a plus," said Brown, a two-time world champion. “We just want to make sure that we peak at the right time."

Steve Torrence, who led qualifying until the final round, is second and will face Smax Smith. Already a two-time winner this season, Brittany Force will line up against Todd Patton, and nine-time world champion Tony Schumacher heads to the first round of eliminations against Australia native Richie Crampton. Top Fuel points leader Doug Kalitta sits in sixth and will face Terry McMillen in the first round.

Capps’ elapsed time track record pass of 3.865 at 325.92 in his NAPA Auto Parts Dodge Charger R/T from Friday held up through the final sessions to earn him his second No. 1 qualifier of the season and 19th of his career.

“The confidence is great, and you feel like you’ve got a great race car, and we’ve made four great runs, and you just don’t want to mess up," said Capps. “I’ve got to drive it like we’re David and not Goliath tomorrow."

[adinserter name="GOOGLE AD"]Capps, who won the season opener in Pomona, will face Dave Richards in round one of eliminations.

Matt Hagan, who has won the past two races, qualified second and will match up against John Hale. Tommy Johnson Jr. is third, and 16-time world champion John Force is in fourth.

John Force Racing teammates Robert Hight and category points leader Courtney Force will face off in the first round, as will Kalitta Motorsports teammates Del Worsham and Alexis DeJoria.

Line secured his fourth No. 1 qualifier of the season, 45th of his career, and first at New England Dragway. His 6.567 pass at 211.13 in his Summit Racing Equipment Chevy Camaro from Friday held up against the two qualifying sessions and matches him against John Gaydosh for the first round.

“There’s a lot of fast cars right now," said Line. “We’re going to have to dig deep tomorrow, that’s for sure."

Line has qualified within the top two at every event this year, hasn’t missed a final-round appearance, and claimed five victories. Ken Black Racing teammate Bo Butner held onto the No. 2 spot and will face Kenny Delco. Vincent Nobile is in third and matches up against Drew Skillman. Greg Anderson made a jump from the 12th spot to fourth in the final round of qualifying.