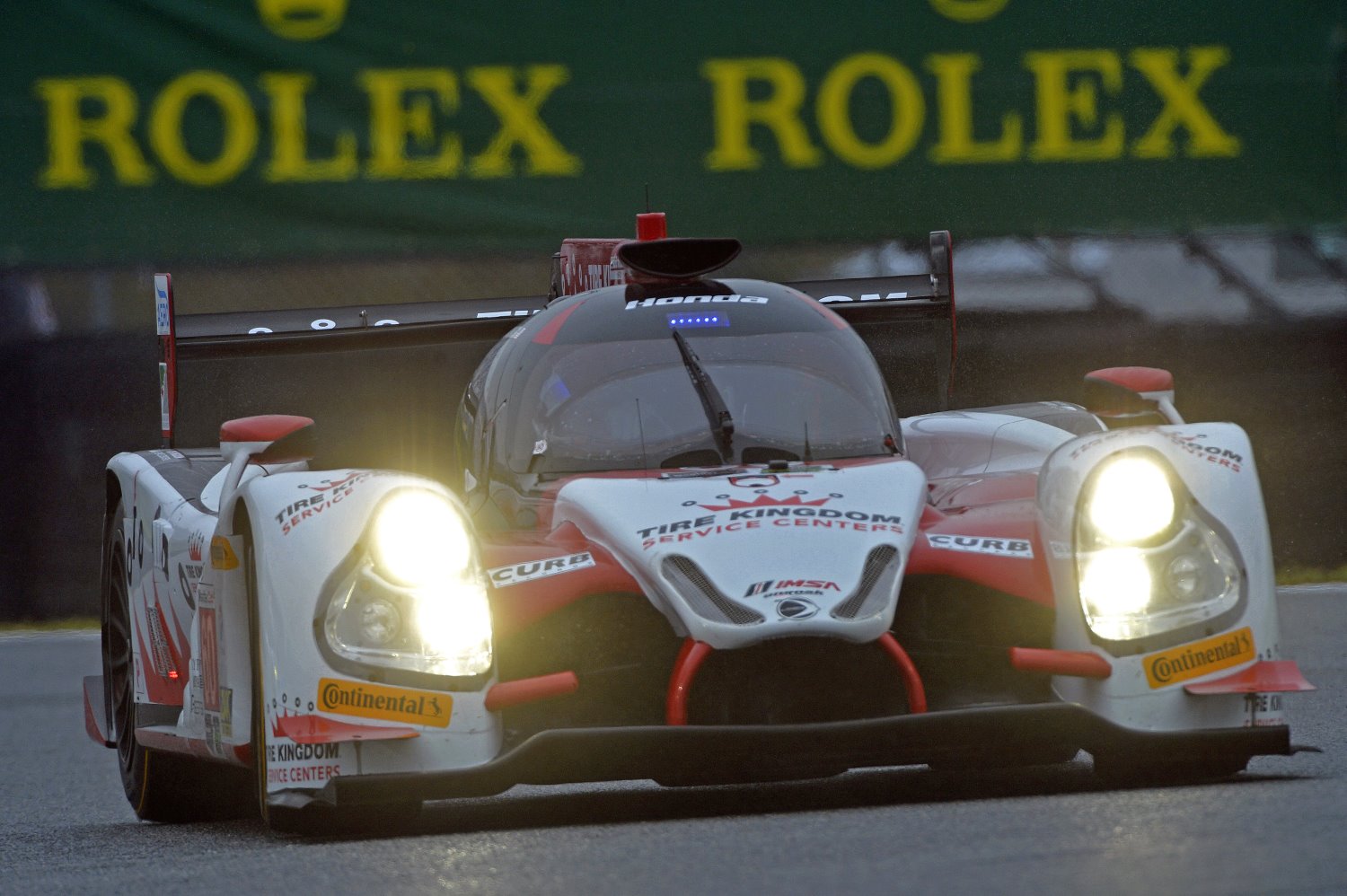 DAYTONA BEACH, Fla. – Traditionally the Chevrolet Corvette Daytona Prototypes have ruled the 2.34-mile, 13-turn temporary street circuit on Belle Isle in Detroit, but if you’re looking for a team that is poised for an upset in Saturday’s IMSA WeatherTech SportsCar Championship Chevrolet Sports Car Classic presented by the Metro Detroit Chevy Dealers, consider the Michael Shank Racing with Curb/Agajanian team.

That is, if you are a believer in momentum.

The No. 60 Honda-powered Ligier JS P2 is coming off a dominant victory in the most recent race, the Continental Monterey Grand Prix Powered by Mazda at Mazda Raceway Laguna Seca, the team’s first victory since 2012.

Adding a little to the momentum: Curb/Agajanian driver Alexander Rossi won the Indianapolis 500, and will be at Detroit for a pair of IndyCar races, sharing the weekend with the WeatherTech Championship for the Chevrolet Detroit Belle Isle Grand Prix. IMSA’s Chevrolet Sports Car Classic will be covered live at 12:30 p.m. Saturday on FS1.

While the Michael Shank Racing team should be strong at Detroit, they are facing some challenges: Half the team is in Europe preparing for the 24 Hours of Le Mans, and one of the regular drivers, John Pew, is staying in France. That leaves the other regular, Ozz Negri, teaming with a new driver who is nonetheless very familiar to the IMSA audience: Katharine Legge, regular pilot of the DeltaWing prototype.

Not only has Legge not driven the Ligier, she has never competed at Belle Isle, so it will be a steep learning curve. She’s ready, though.

[adinserter name="GOOGLE AD"]“I am extremely grateful to Mike Shank and Honda for offering me this chance to drive and really appreciate that Dr. Panoz (Panoz DeltaWing Racing team owner) agrees that this is too good of an opportunity to miss as the DeltaWing is not racing," Legge said. “Ozz has been sending me in-car footage and notes for me to study, and I hope to be as ready as possible from the start of the weekend. This is a fantastic opportunity for me and I intend on making as much of it as I possibly can."

Legge also may have a little something to prove this weekend: She was tabbed as the driver for the Grace Autosport team that was planning to debut at the Indianapolis 500, but the fledgling team was unable to obtain a proper car, and at the last minute, cancelled its plans. Missing out on what she hoped would be her third Indy 500 likely adds a little motivation for this weekend.

Before we deed over the Detroit event to Shank Racing, however, there are some very potent Prototype teams that have no intention of pulling over and letting the Shank drivers pass: The two Mazda Prototypes, Nos. 55 and 70, were consistently the fastest at their home track race at Mazda Raceway Laguna Seca early last month, but couldn’t seal the deal for Mazda’s first Prototype win. They’ll be locked and loaded for this weekend.

And don’t forget the Corvette DPs that would love to win in the Chevrolet-sponsored race in Motor City: Defending champs Eric Curran and Dane Cameron will be back in the No. 31 Whelen Corvette DP, alongside the No. 5 Action Express Mustang Sampling team car shared by two-time defending Prototype series champions Joao Barbosa and Christian Fittipaldi. Jordan and Ricky Taylor will be back with their 2014-winning No. 10 Wayne Taylor Racing Konica Minolta Corvette DP. And looking for their first win of the season will be Ryan Dalziel and Marc Goossens in the No. 90 Visit Florida Corvette, fresh from a second-place finish at Mazda Raceway.

In Prototype Challenge, it could be anybody’s race, with the 2015-winning No. 8 Starworks Motorsport ORECA FLM09 of Renger van der Zande and Alex Popow back to defend their title. Among the challengers: Colin Braun and Jon Bennett, co-drivers of the No. 54 Flex-Box entry.

And in the largest class, GT Daytona, there are 15 entries, five more than in 2015. Last year’s winner, Alex Job Racing, with Alex Riberas joining 2015 Belle Isle winner Mario Farnbacher in the No. 23 Team Seattle/Heart of Racing Porsche 911 GT3 R, should be tough, as will be the team No. 22 WeatherTech Porsche of Cooper MacNeil and Leh Keen.

But likely to get the loudest cheers: The built-in-Detroit ViperExchange.com/Gas Monkey Garage Dodge Viper of Ben Keating and Jeroen Bleekemolen.