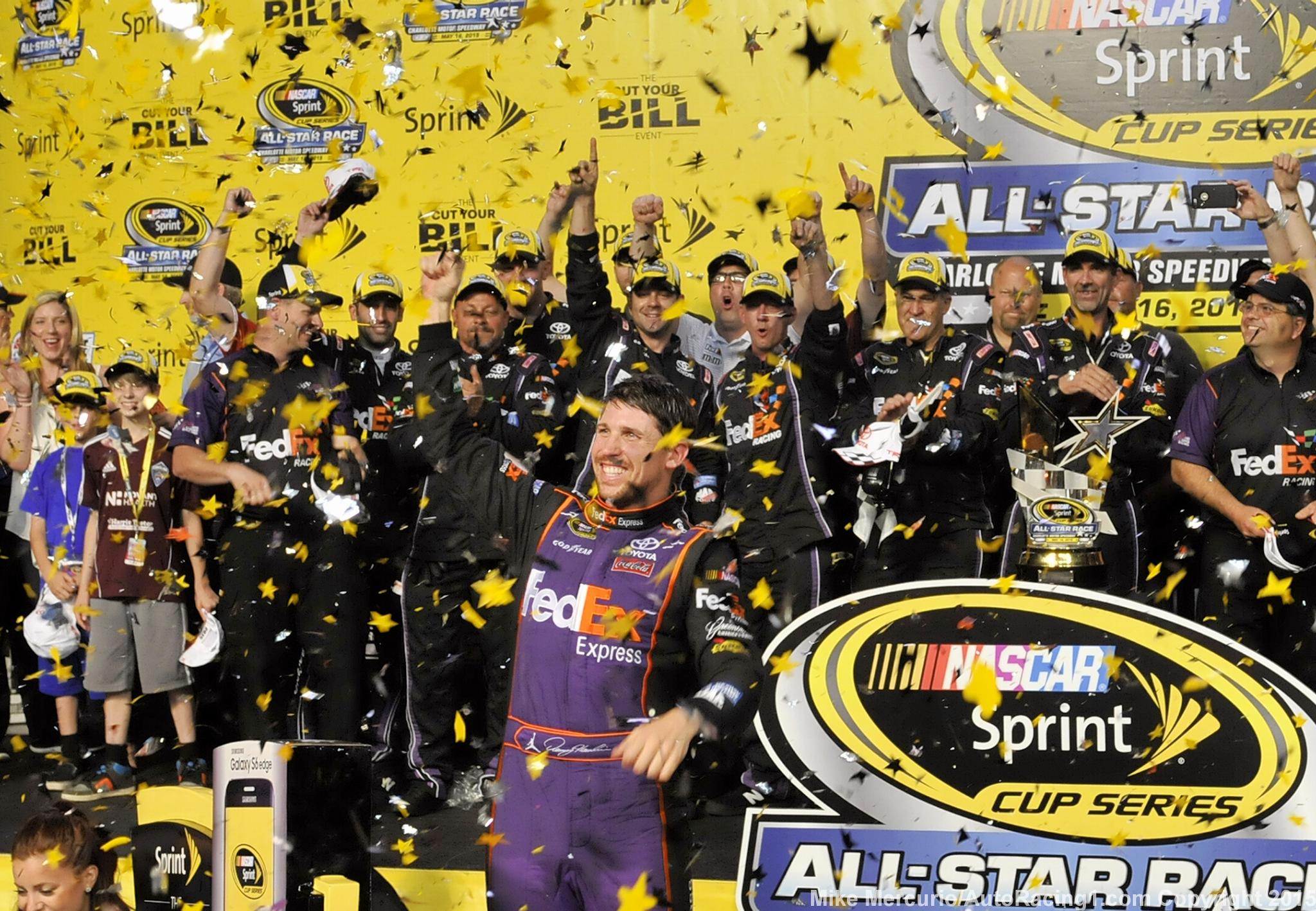 Denny Hamlin currently holds the title of ‘reigning champion' for two of NASCAR's most prestigious races: the Daytona 500 and the NASCAR Sprint All-Star Race. Come Saturday night, he will look to continue the strangle hold on one of them, attempting to capture a second consecutive win in Saturday's NASCAR Sprint All-Star race at Charlotte Motor Speedway (9 p.m. ET on FS1).

In order to take home the title, Hamlin will need to navigate the new all-star race format, consisting of two 50-lap segments and a 13-lap dash to the finish. Drivers must make three mandatory two-tire-minimum pit stops throughout the race: one in Segment 1, the second during the break before Segment 2 and the third before lap 85 in Segment 2.

A random draw determines whether the top nine, 10 or 11 cars must enter pit road for a mandatory four-tire pit stop prior to the final 13-lap dash. Pit road will be closed for all other cars and pit-road exit will determine the starting order. To start the final segment, those cars that pitted will line up behind those that did not.

[adinserter name="GOOGLE AD"] The new format should cause wild racing in the sprint to the finish as drivers on new tires attempt to catch and pass their peers on old ones, all in the hopes of a $1 million bonus to the winner.

"Obviously, I think last year's format was perfect for us," Hamlin joked. "But at the same time, this will be exciting for fans and as drivers and teams, it will really force you to think through strategy and test how risky you want to be. It's an exhibition event where we lay everything on the line for a million bucks, so any format will make the drivers get up on the wheel and throw caution to the wind."

Hamlin's NASCAR Sprint All-Star Race victory was the first for Joe Gibbs Racing in its 24 years competing in the event. Since then, JGR has been the top team in the NASCAR Sprint Cup Series, winning 19 of the last 36 (52.7%) points-paying races. Further proving his mettle as a big-race driver, Hamlin took the checkered flag in this year's Daytona 500, winning the race by the closest margin of victory in its history.

"As a driver, there's going to be a lot of strategy played with crew chiefs and drivers," Hamlin said. "To see how it all works out, we'll have to see on track Saturday.

"I personally look forward to it. It should be pretty exciting."