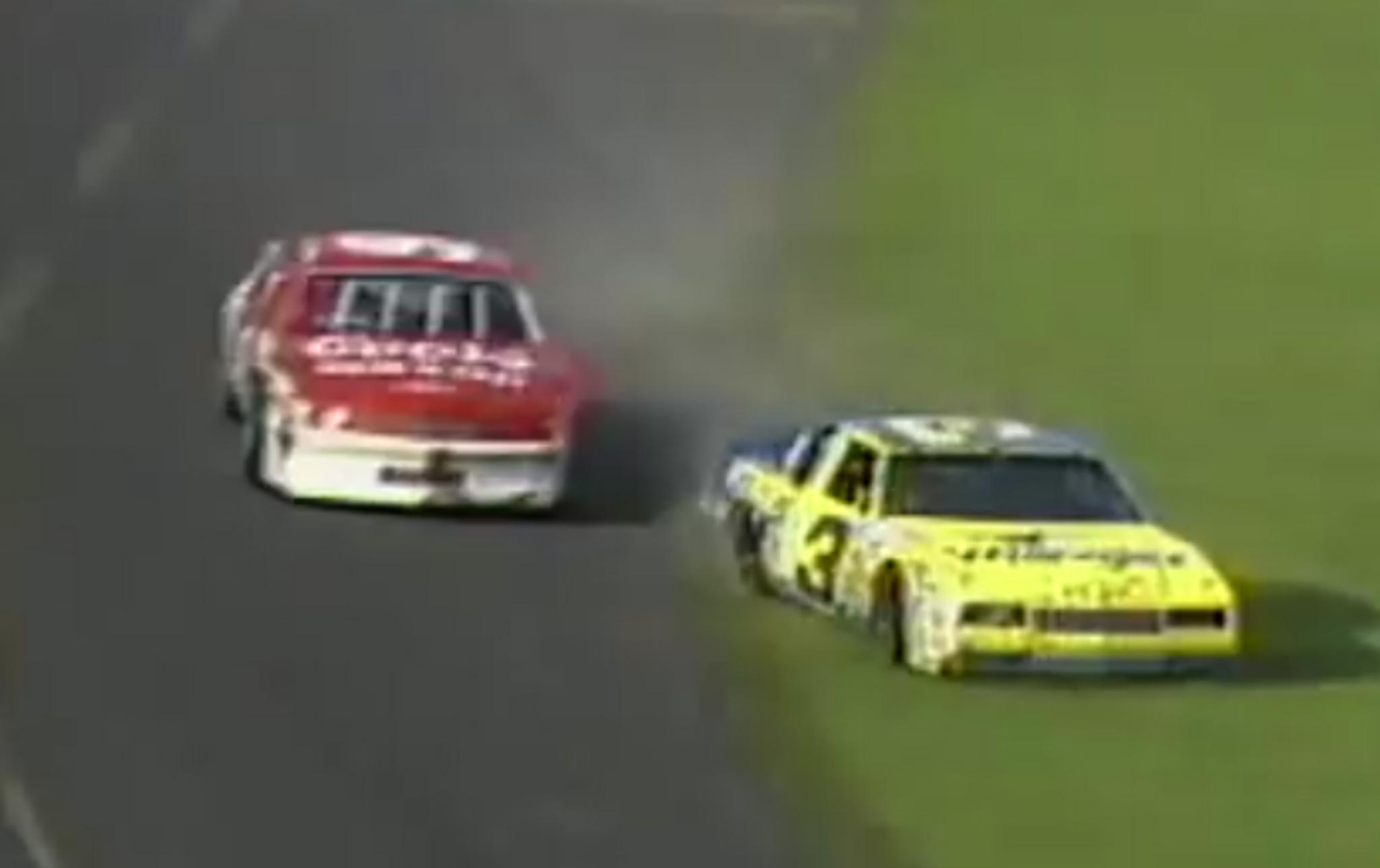 NASCAR's All Star Race has been a fixture of the sport for the better part of 30 years, a no-holds-barred, winner-take-all, put all your cards on the table race featuring the top drivers in the sport. With no points on the line and a huge payday for the winner – it was like a throwback to the Saturday night late model races at the local dirt track, complete with the fender banging, trading paint and hot tempers.

Now, mix in a couple of drivers with big egos, even bigger chips on their shoulders, and a lot of pride on the line. Such a volatile combination is bound to lead to one hell of a race.

And the 1987 all-star event, then known as "The Winston"??, gave us one of the most memorable events in stock car racing lore – a moment forever known as "The Pass in the Grass"??.

Somewhat as a misnomer, the "Pass"?? wasn't really a pass, per se, and both the winners and losers tell their own version of what happened, and of course it just happened to be between two of the biggest stars in all of NASCAR – Dale Earnhardt and Bill Elliott.

The 1987 edition of "The Winston"?? was just the third running for NASCAR''s all-star event, and the second to be held at Charlotte Motor Speedway. Both the inaugural event at Charlotte in 1985 and the second running held the following year at Atlanta Motor Speedway were lackluster affairs that brought in such meager crowds that the race itself was in danger of being taken off the schedule for the following year.

To try to add a new level of excitement to the race, Charlotte Motor Speedway promoter H.A. "Humpy"?? Wheeler helped introduce a new format to the race, dividing the race into three segments of 75, 50 and 10 laps, producing a "heat race"??-style dash to the finish.

Enter Dale Earnhardt. Coming off his second championship and riding a winning streak after taking six of the opening eight races of the season, Earnhardt was top dog in a race that was tailor-made for his driving style – an all-out, no-holds-barred, winner-take-all dogfight. If that kind of racing was his bread and butter, then the final 10-lap shootout was his caviar.

Earnhardt entered the race as the points leader and qualified fourth in the field of 20 cars while his main rival Bill Elliott – who was second in points behind Earnhardt – took the pole, and ran roughshod on the field for the first two segments, leading 121 of 125 laps in the no. 9 Coors Ford.

Elliott started up front for the final 10 lap segment, followed by Hendrick Motorsports ace Geoff Bodine on the outside, Kyle Petty in third and Earnhardt in fourth.

At the start of the final segment, Bodine and Elliott collided going into turn one, sending Bodine spinning. Elliott managed to avoid Bodine''s spinning car but Earnhardt – ever the opportunist – dived to the inside and took over the lead.

The race restarted with Earnhardt out from followed by Elliott, who looked high and low for a path around Earnhardt, only to see Earnhardt throw a block.

Elliott was through playing around.

With seven laps to go, Elliott got right on Earnhardt''s bumper as they came through turns three and four and looked to the inside as they headed into the quad-oval frontstretch.

Just as they entered the frontstretch, Elliott tried to squeeze past Earnhardt on the inside, but Earnhardt again came down to block and made contact with Elliott, sending Earnhardt sideways through the infield grass.

For a moment, it looked like Earnhardt would spin, but Earnhardt got his Chevrolet straight, got back on the asphalt, and never lost the lead. Earnhardt was clear by the time the leaders made their way into turn one, and although both Elliott and Terry Labonte managed to pull even with Earnhardt on the ensuing lap, they still couldn''t get past Earnhardt.

Elliott would be forced to pit a lap later for a flat tire, while Earnhardt pulled away from Labonte and led the final six laps to win his first all-star race over Labonte and Tim Richmond.

Elliott, none too pleased with the actions of "The Intimidator"??, gave Earnhardt a shot in the door on the cool-down lap, drawing a cheer from the crowd.

Afterwards, Earnhardt was his typical, unapologetic self.

"You know, Bill (Elliott) spun that 5 car out and caused a big mess, then he come up there and tried to spin me out twice. I didn''t take it,"?? Earnhardt said in his post-race interview. "Bill and them got into it, spun around, and we just missed them, and then I''ll be darned if Bill didn''t try to knock me out twice – he had me sideways going through two and then he turned me through the tri-oval, then he tried to wreck me after the (race). I think he''s a little upset."??

Elliott, still fuming by the time of his post-race interview, threatened retaliation at the following weeks Coca Cola 600.

"I was clearly under him, and he cut down on me,"?? said Elliott. "I clearly had the quickest car. I had him covered. If we''re going to let stuff like that go, we''ll see what happens next week. It''s time for this to stop. This is not the way I was brought up racing."??

Earnhardt''s move is considered by most Earnhardt fans to be one of the greatest moments in his career, while most of Elliott''s fans used it as fuel in the fire for their hatred of Earnhardt. Earnhardt even received death threats from fans, prompting NASCAR to call in the FBI to make sure Earnhardt wasn''t in danger.

No clear pictures exist of the actual "pass"?? itself, but the moment has been forever memorialized in countless illustrations, paintings and books. The move even has its own special display at the NASCAR Hall of Fame.

Earnhardt would go onto win the 1987 Winston Cup title over Bill Elliott, who would return the following year and take the title himself, with Earnhardt finishing third in the standings.

Earnhardt of course won four more titles over the course of the next seven years, then tragically lose his life in a crash during the last lap of the 2001 Daytona 500.