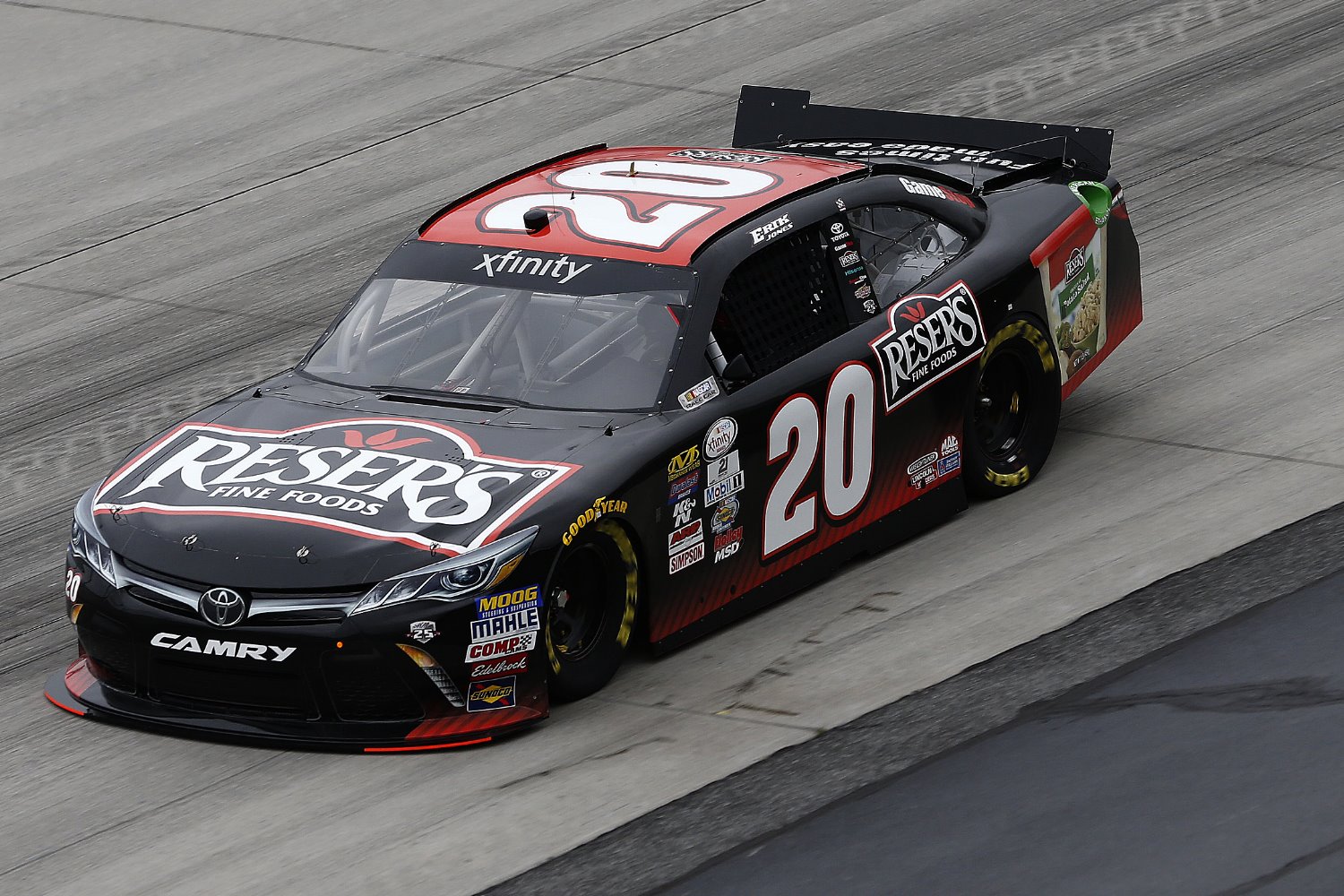 Erik Jones started the day by winning the pole — and that's exactly where he finished in Saturday's XFINITY Series Ollie's Bargain Outlet 200 at Dover International Speedway.

Jones shot ahead of the field in the final restart with five laps to go, holding off a charging Darrell Wallace Jr. in a backup car. Jones' No. 20 Joe Gibbs Racing Toyota took the checkered flag, while Wallace held on for a season-best runner-up result in his No. 6 Roush Fenway Racing Ford. The win also awarded Jones the Dash 4 Cash prize.

What was going through your mind when you stayed out on that final caution/restart?

“I couldn’t see how many came to pit road, so I wasn’t too sure. I was a little anxious to see how many came and how many stayed out. Fortunately enough stayed out to make it viable for us to still get the win here. Thanks to the 6 (Darrell Wallace Jr.), that was key to getting us back out front. Just an awesome day. We had the Reser’s Camry good and I wasn’t too sure about it after the heat race, but it turned out to be alright. Thanks to everyone – GameStop, Interstate Batteries, Toyota, JGR Engines, XFINITY, NASCAR, the fans – I couldn’t be here without all them. It’s just a really cool day to get a win at Dover."

Were you concerned the guys with fresher tires were going to be able to get by you?

“He (Chris Gabehart, crew chief) kept me focused and in the game all day. Even after the heat race, I was not so sure about it and he felt pretty confident about it. We were pretty good there on the short run, but not on the long run. It ended up coming down to a short run and I was able to hold them off."

How does it feel to win your second ‘Dash4Cash’ race this year?

“It’s pretty cool to get another win here, and at Dover and another ‘Dash4Cash’ race – that’s pretty cool. We won both the races – we got the cash and that’s a cool feeling. Just cool for these guys to get the Reser’s Camry to victory lane. The Reser’s guys have wanted to win for so long, so bad and now to get them here to victory lane is pretty awesome. At Dover none the less, not only race at, but win at."

How were you at the middle-point of the race?

“We struggled there on the long runs and we had something going on there internally that made us not so great on the long run, but we were able to hold on because we were better than most of the rest of the field. It ended up coming down to the short run and I knew we were in a pretty good spot on the restart and we were able to hold on from there for five more laps and get to victory lane."

What was going through your mind when that final caution flew?

“It’s not the first time it’s happened to me, unfortunately. If I remember the first time, I was pretty upset and this time I was pretty calm and collected and wasn’t too worried about it. I knew we had a good car and knew that as long as we got a decent restart, we would be able to hold it off. Enough guys stayed out on old tires with us that we were in a good spot and it all worked out."

Did you learn anything in the heat event that benefited you in the main?

“I learned a lot in the heat. I think we both did, Chris (Gabehart, crew chief) and I. Wasn’t sure after the heat what we’d be facing for the main. We had something going on where the car was pretty rough as the rubber built up on the race track. Kind of fought through that and really made some good adjustments and fixed a couple of the things that were coming along with that. We weren’t great on the long run, we were good enough, but the 88 (Alex Bowman) was definitely better than us after 35 or 40 laps. With it coming down to a short run, I knew we were in a really good spot. I just wasn’t sure how many people were going to stay out or pit and fortunately enough people stayed out on that last caution and it let us have enough of a gap to stay out front and bring home a win."

“Dover is so unique, it takes a long time in practice for it to rubber-up. Once it does start to rubber-up, the characteristics of the track and your car really change a lot. Right towards the end of practice, we had a couple things creep up that we were nervous about but we were so fast and really happy with the balance of the car. We decided to race something similar and crept up again in the heat race and Erik (Jones) gave some really good feedback and allowed me to really get aggressive with some adjustments after the heat and continue to be aggressive on the one stop we had in the race. He just does such a great job with feedback and figuring out how to adapt with what he’s got. As far as the call there at the end – you watch enough races at Dover, you really have to leave them out right there and let him have the clean air and do what he needs to do. He kept the tires cleaned up and got a great restart and that was that."