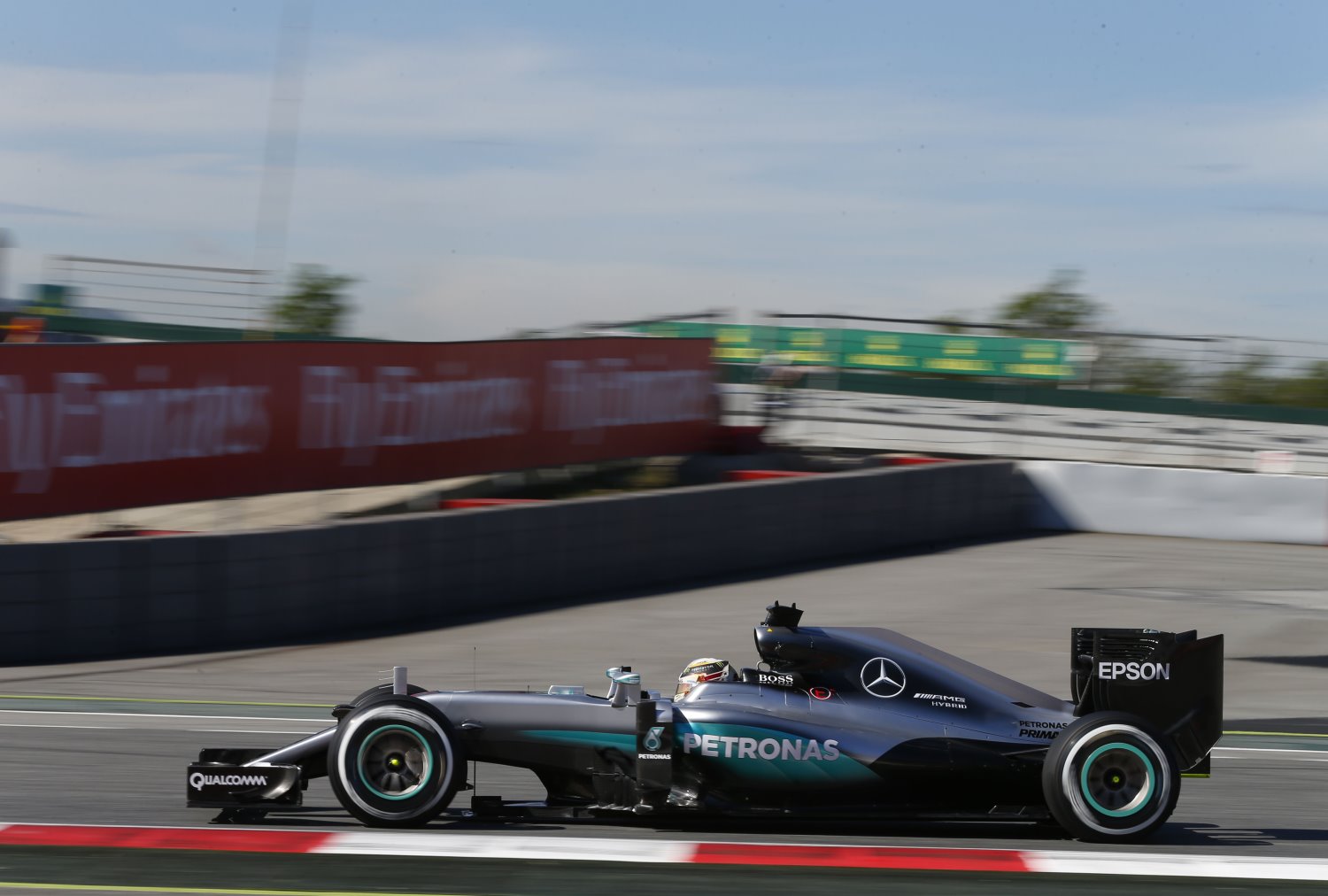 The Red Bull Racing pair of Daniel Ricciardo and Max Verstappen locked out row 2 while the Ferraris of Kimi Raikkonen and Sebastian Vettel will roll off fifth and sixth.

Lewis Hamilton
That felt great today to finally put the lap together, I'm very very happy. You always need to put that performance in, it reassures your belief, and Nico had been so fast this weekend, sometimes two tenths quicker, sometimes more. I could see on my data where I was losing, so I had to try and figure it out on track, and it is so satisfying to attack that obstacle and get through it. I am really grateful to the team for working hard overnight to put the car in the right place for me to fight – and now it's three poles from three for me when I've been able to do the laps in qualifying. I haven't had a proper race with Nico yet this year so I am hoping that will start tomorrow. It's very hard to overtake here, so strategy is important, as is looking after the tyres: the forces round this circuit means it just eats the tyres up, so you need to get that balance just right and see it through to the finish.

Nico Rosberg
Lewis did the better job today but tomorrow is when it really counts. There is a big opportunity for me at the beginning: I had some good starts this year and Lewis hasn't led into the first corner this season so far. Maybe in the race there will be an opportunity. Tyre usage will also play a factor and the right strategy will be crucial. So I'm expecting a pretty interesting race and I'm looking forward to the battle. We need to keep eye on Red Bull as well, as they are surprisingly stronger than Ferrari here.

Toto Wolff, Head of Mercedes-Benz Motorsport
After the problems we had in the last two qualifying sessions, it was great to get both cars to the end of the session today – and to see the drivers put them on the front row. It was a magic lap from Lewis. He's struggled with the set-up this weekend but worked with the engineering team to get the car where he wanted it, and delivered at the right moment. I'm very pleased for him. As for Nico, he's second on the grid but it looked like he had something in his pocket in Q2, so his tyres might be a little fresher for the race start – and we will see if that makes a difference tomorrow afternoon. I'm expecting a tough race, a big battle between our boys and a challenge from the guys behind us on the grid. We must make sure we do our job and give the drivers reliable equipment, then see how the race unfolds.

Paddy Lowe, Executive Director (Technical)
First of all, well done to all our colleagues at Brixworth, whose hard work and expertise over the past weeks has got us through the weekend reliably so far. Our aerodynamic upgrade package is also working well, which is a good confirmation that our development rate remains high and competitive. But we have had some difficult qualifying sessions recently, so it is a weight off our shoulders to have enjoyed a trouble-free session today in Barcelona – and it was a privilege to watch the battle between our two drivers performing at their very best. Congratulations to Lewis on his third pole of the season; he put in a tremendous performance during all three sessions and, at one point, was on course for a time in the 1:21 bracket. Well done to Nico, as well; he delivered some great laps to take our first all-Mercedes front row since Bahrain. Our focus now turns to tomorrow's race. We will need good starts, given the difficulty of overtaking at this circuit, and we expect a challenging race in terms of strategy with plenty of opportunities to take advantage. We want to make sure our long-run performance is on the same level as we showed over a single lap today.