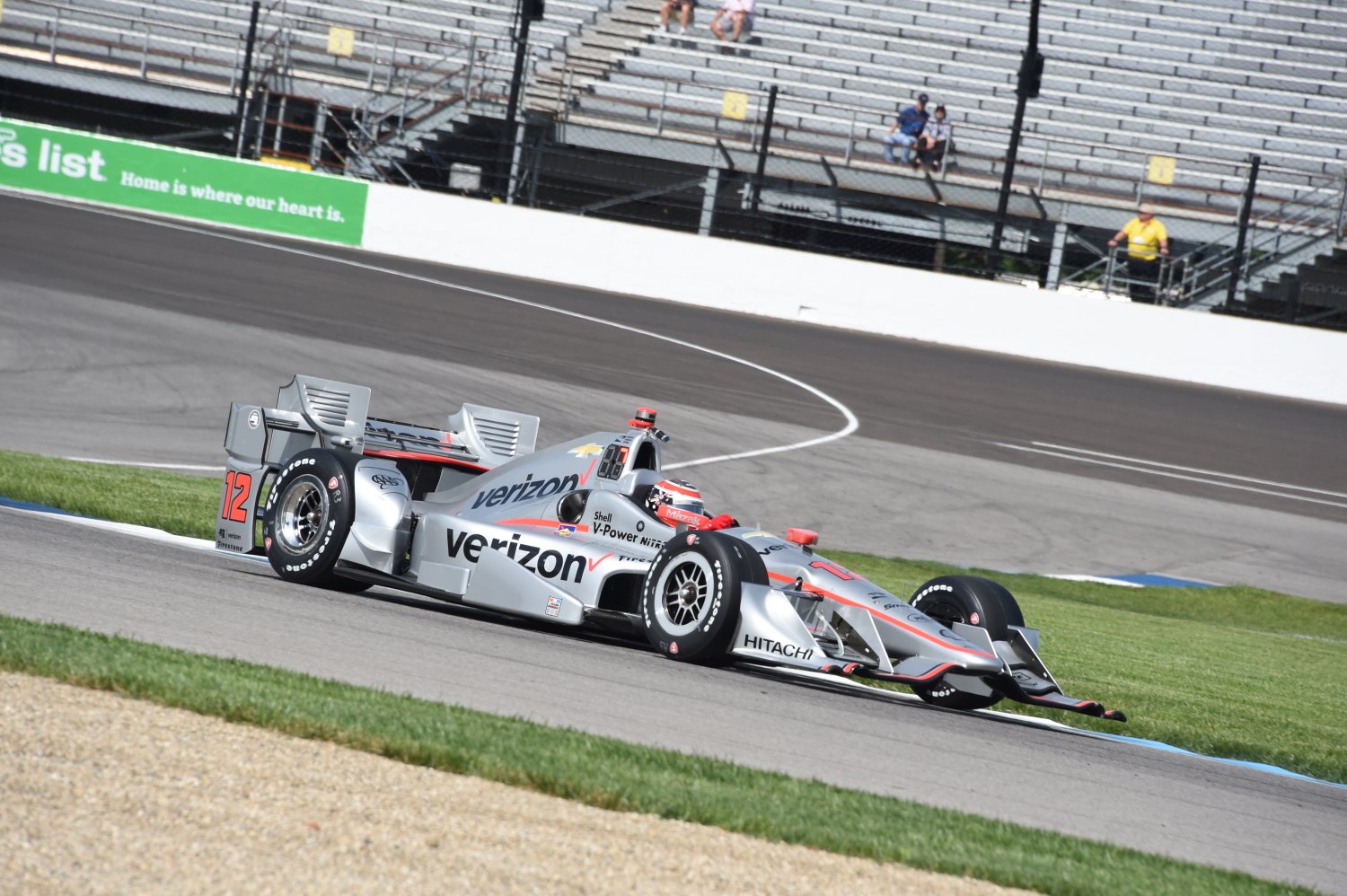 THE MODERATOR: We'll get started with today's Verizon IndyCar Series media availability. We are pleased to be joined now by reigning winner Will Power, who finished second fastest overall.

Will, I remember last year, the win here on the road course at Indianapolis meant a lot to you. How great does it feel to be back?

WILL POWER: It's a track I really enjoy because it's technical. It's very much like a European track. You can drive the car in a different way that you can't drive it on any other circuit.

It's definitely one of my favorites. It's a lot of fun. I think it races well, too. With the long straights and everything, creates good racing. Hopefully we can see a lot of passing in the race. But if I'm in front, hopefully not (laughter).

WILL POWER: No, they've added a little bit of curb here and there, but basically it's the same course. It's very nice, well-presented, very nice curbs. Very good track.

THE MODERATOR: This is the third year of the Grand Prix of Indianapolis. What does it add to the month of May leading up to the 500?

WILL POWER: I think it fills in really nicely. Obviously we have body kits now. But it's still a very spec series. You don't need that much time on the oval anymore. You can just drive round and round and round and not learn much.

Obviously it was a month long back in the day because people were bringing new cars every year. You really had to spend a lot of time sorting it out.

I think it's, yeah, a great addition. You got to think that IndyCar is about versatility. You got both disciplines here, road course and oval. If you could win both, that would be such a great achievement, you could now boast both wins.

[adinserter name="GOOGLE AD"]THE MODERATOR: Obviously a good day for you. What can we expect from qualifying tomorrow?

WILL POWER: Just based on the time, it's going to be seriously close, very close. The top 10 is probably covered by a 10th or a 10th and a half or something. It's very tight.

THE MODERATOR: We'll also introduce Scott Dixon, who is fastest overall in today's practice session. What are your thoughts on your performance so far?

SCOTT DIXON: It was really good that the rain held off. That was definitely a bonus. I think a lot of us around lunchtime didn't think we were going to have anything more to do in the afternoon.

We rolled off not too bad. We did the usual thing where we try a few different things and circle back to where we started. That's how the afternoon at least ended. I don't think you get a really good gist on speeds until tomorrow on most of the field.

The car felt decent. We ran (indiscernible) kind of late. Maybe a slight advantage there. I don't know what the other guys did. We'll take what we learned today, and hopefully tomorrow should be strong. It's definitely going to be very tight, kind of like Will was talking about.

Right now the competition is fierce at this track. I don't know why. Just the times are so close.

Q. There's so much buildup to the Indianapolis 500, the hundredth running. First you have to worry about the Grand Prix. How do you shut out the 500 from your mind? Do you block that out completely or can't you block out the 500?

WILL POWER: Yeah, this is a typical race weekend. It's one like any other weekend during the year. That's not even a thought in your head, the 500. You're not thinking about it. Obviously you're thinking about your car, trying to get the most out of every session.

Anyone who is thinking about the 500 probably is not going to be competitive here.

SCOTT DIXON: Yeah, just taking it day by day. We have so many things to focus on just in one day. You're constantly learning, especially with the big differences that we have here with road course and then the fastest speedway that we come to.

Trust me, there's going to be loads of pressure no matter what weekend it is. Just take it day by day.

WILL POWER: Yeah, it feels a lot like when you race in Europe. You can definitely have the car freer, a lot of fun. I don't think bumps are all that fun honestly. I love these smooth tracks.

Yeah, they do a great job here, the curbs, everything. I enjoy driving on it.

SCOTT DIXON: You know, I think that's what makes a street course very unique. It's a different kind of dynamic. I think it almost makes the field a little bit closer because maybe dampers don't matter as much. I don't know.

But, yeah, it is nice to come to a facility like this, the care and all the work they put into this place. Going into Turn 7 is a little bit bumpier now, the approach on braking, which makes it more interesting than what it was. But it's great to be at a facility like this.

Q. Will, you mentioned European courses twice. Is there a particular course this reminds you of, turn or two that brings back memories?

WILL POWER: It's just like Silverstone and Barcelona. All those tracks are super smooth, very nice to drive on. And the style of corner, too. Very long entries. The curbing. Just reminds me how you drive a Formula 3 car.

[adinserter name="GOOGLE AD"]Q. If I'm correct, this is the second longest road course you'll race on all year. Obviously Road America is going to be two miles longer than this. How much does the length factor of a road course help you? A place like Barber, you have a lot of sweeping turns, then some real tight ones. Here you have lengths to try to work on a lap.

WILL POWER: Just gives you a bit more time to relax and think, recover between turns.

As far as lap time goes, it's not very different to many of the other tracks we go to.

SCOTT DIXON: Yeah, I don't know, here it's different because you're so trimmed out. I think we're 20 miles an hour faster than most road courses we go to on the front straight. The cars are trimmed out. I don't know. When you mess up your first corner or second corner, you've got a long ways to get around before you can start a lap again.

THE MODERATOR: Gentlemen, thank you very much. Appreciate your time.