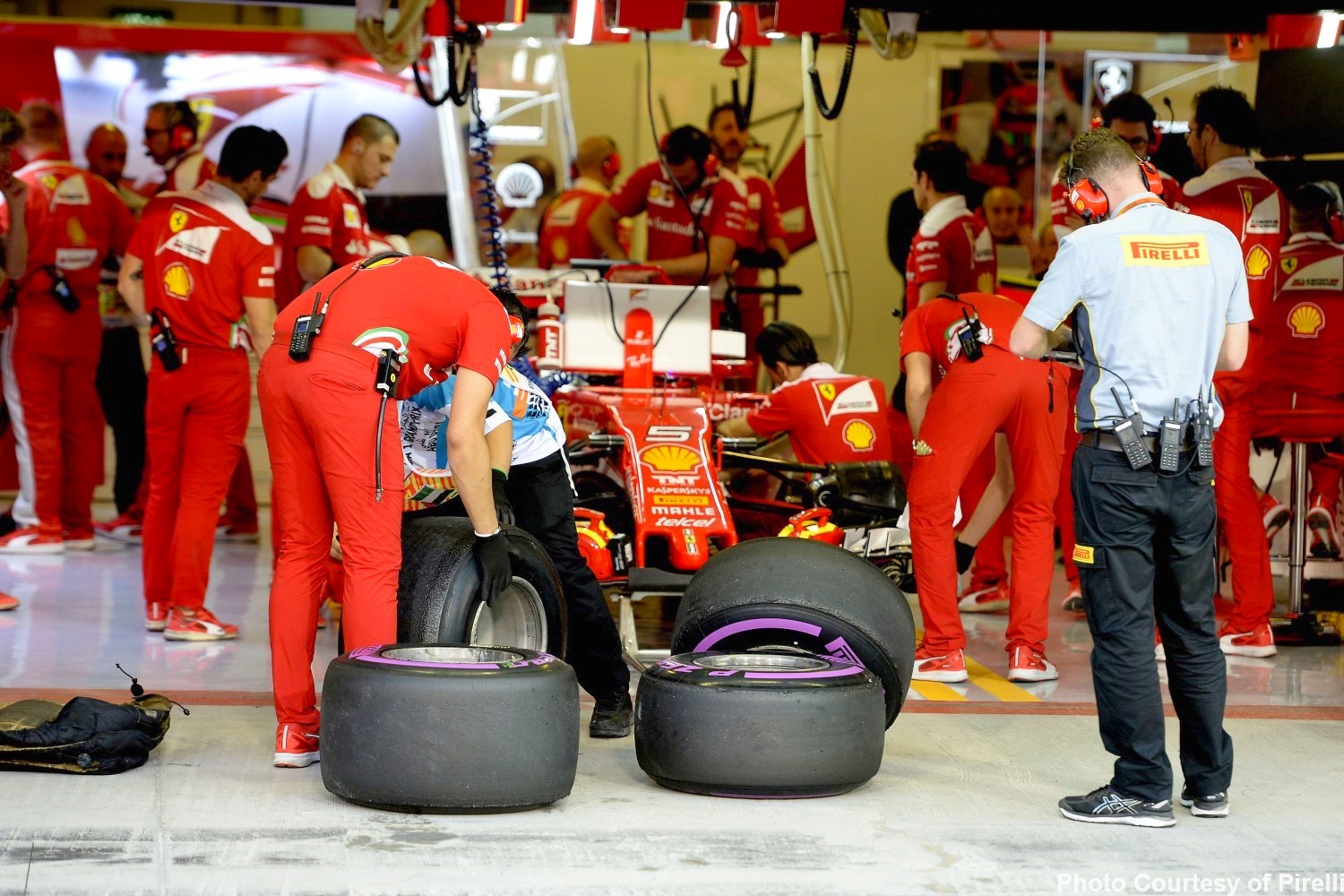 Ever since the Front and Rear InterConnected (FRIC) suspension was banned in 2014, Formula 1 teams have been looking to develop the heave spring unit, also known as ‘third suspension element' – if we consider the first two as the dampers connected to each wheel.

By linking the left wheel to the right one, the heave spring controls dive under braking – or more generally the pitch movement depending on the downforce, – as well as the cars' ride height. In other words, it increases damper stiffness when necessary (at high-speed on straight-line, i.e. when there is a surge in aero load), while remaining neutral in cornering.

This means the third suspension element has an impact on the front wing as well as the car's stability. Should the machine dive too far forwards, the splitter would rub against the track, which would lead to excessive and illegal wear of the skid block.

One can therefore appreciate how crucial of a role the heave spring plays on an F1 car, besides its usual purpose as part of the suspension systems. Although all teams use the heave element, only Mercedes and Red Bull have paired it with hydraulic activation.

One can therefore appreciate how crucial of a role the heave spring plays on an F1 car, besides its usual purpose as part of the suspension systems.

The debate surrounding the third suspension element has surfaced once again after it emerged that Ferrari had asked for clarification in a letter sent to the FIA.

The Scuderia's chief designer Simone Resta wanted to double check whether it was legal to implement a system that would replicate the FRIC concept, albeit without connecting the front and the rear.

ASKING FOR A SUSPENSION FROM THE HEADMASTER?

However, one might wonder whether the main rationale behind the letter, which appears to describe the 2016 title-winning W07's suspension design, has less to do with obtaining FIA race director Charlie Whiting's approval than getting Mercedes and Red Bull's systems outlawed. Indeed, the query has now been circulated among all teams, with pre-season testing less than eight weeks away.

"We are considering a family of suspension devices that we believe could offer a performance improvement through a response that is a more complex function of the load at the wheels than would be obtained through a simple combination of springs, dampers and inerters," Ferrari wrote, per Autosport.

"[…] Their contribution to the primary purpose of the sprung suspension – the attachment of the wheels to the car in a manner which isolates the sprung part from road disturbances – is small, while their effect on ride height and hence aerodynamic performance is much larger, to the extent that we believe it could justify the additional weight and design complexity. We would therefore question the legality of these systems under Art. 3.15 and its interpretation in TD/002-11 […]".

"The banning of FRIC has left us just trying to do things one end at a time and making springs and damper systems that will react to load in a more complex manner," Lowe said.

"A spring classically was linear but now we are playing with far greater and more complex ranges of non-linear compliance. That's allowing us to play games with getting the aero platform exactly where we want.

"It's more difficult to do than it was with FRIC but it's the same thing really. We have a range of different things we do according to different circuits, which have different demands. It's playing a game between the aero and mechanical aspects of the suspension." Nicolas Carpentiers/GPToday

01/04/17 (GMM) Ferrari has reportedly made a bold bid to catch up in 2017 by designing a new suspension system, or have the Mercedes-pioneered concept banned by the FIA.

Germany's Auto Bild claims that for its 2017 car codenamed 668, Ferrari has come up with a Mercedes-like, hydraulically-networked chassis.

But before debuting it in late February, Ferrari "asked the FIA for clarification as to whether the (suspension) system is really legal".

"If not, Mercedes would have to remove it," said correspondent Bianca Garloff.

Ferrari is not commenting.

And the newspaper said the FIA has responded to Ferrari's clarification request by telling the teams the Mercedes-like system is not allowed.

Correspondent Paolo Filisetti wrote: "The world championship will not begin for three months, but the technical skirmish between the top teams has already reached a high level."

The FIA's decision to ban the concept is reportedly because it varies the right-height of the car, not simply to act as traditional suspension but for aerodynamic effect.