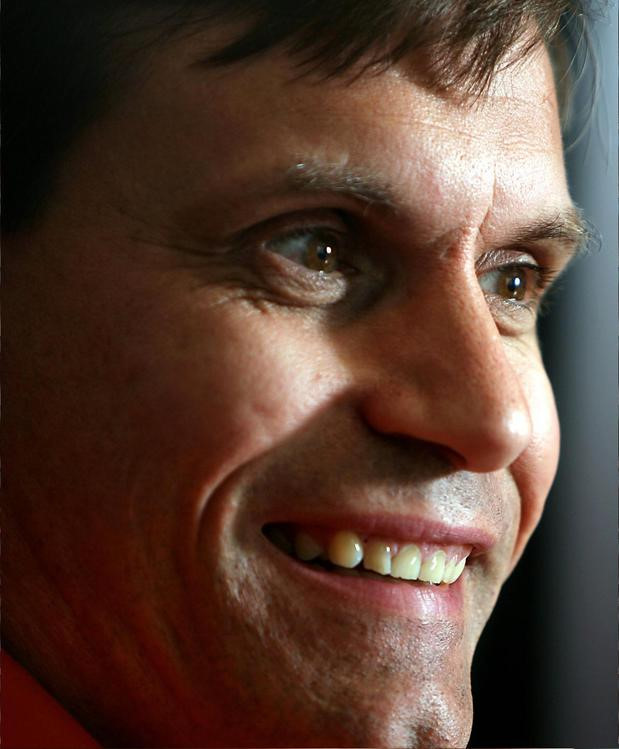 UPDATE (GMM) A cloud is hanging over Manor's future ahead of the 2017 season.

With the backmarker team passed in the final stages of last season for the lucrative tenth spot in the championship, owner Stephen Fitzpatrick revealed that Manor has "agreed terms with an investor".

Speculation suggests the buyer could be Mexican-American entrepreneur Tavo Hellmund, a figure instrumental to the grands prix in Mexico and the US, and known to be close to Bernie Ecclestone.

F1 supremo Ecclestone is quoted by international reports as saying he doubts Hellmund will buy Manor.

As for whether Manor's participation in the 2017 season is in doubt, the 86-year-old said: "This is a question for the team owners, not for me.

"But if Fitzpatrick had not bought the team, it would no longer exist," Ecclestone added.

There are rumors the new Manor investor might also be linked with Jangonya, the Indonesian branch of global fast food giant KFC.

The company entered GP2 this year in collaboration with the Campos team, with boss Adrian Campos saying at the time: "It is a sponsor with formula one potential."

12/05/16 Tavo Hellmund, the man who "helped resurrect" the U.S. and Mexican Grands Prix, has "emerged as the favorite to complete a takeover of the Manor Formula 1 team," according to Franco Nugnes of MOTORSPORT.

The Mexican-American, who helped lead the Austin project and worked with Mexicans on their race, is "understood to have teamed up with Texan investors for a planned purchase of the Manor outfit."

He has been "talking to the team for more than one year now to get the deal across the line."
Current Manor Owner Stephen Fitzpatrick admitted at the season-closing Abu Dhabi Grand Prix that he had "agreed terms with an unidentified party for a sale of his outfit — which could go ahead in the next few weeks."
Hellmund is a long-time friend of F1 CEO Bernie Ecclestone, so he is "likely to have the F1 supremo's blessing for the deal."
And although Manor lost 10th place in the constructors' championship to Sauber, thanks to Felipe Nasr's points finish in Brazil, "it is not thought that has had any impact on Hellmund's plans for Manor."
If Hellmund's deal is completed, then Fitzpatrick is "expected to stay on board in some role." MOTORSPORT

12/05/16 This rumor is upgraded to 'fact' today. F1 backmarker Manor is in the process of being sold, current owner Stephen Fitzpatrick admitted in Abu Dhabi.

Reports have been circulating that, faced with losing millions in official prize money after the defeat to Sauber in Brazil, the talks with a buyer accelerated in the past days.

But Fitzpatrick, who rescued Manor following its near-collapse in late 2014, insists that losing that money was "Not a deal-breaker".

But Fitzpatrick, who founded the energy company Ovo, would not comment on whether Manor will be partially or fully bought by the unnamed investor.

"We have agreed terms with an investor at the moment and we are still working through that and I can't really talk more about the specifics," he said.

But he did hint that it's a major deal.

"One of the things I was quite clear on from the start was that I accepted that in the current F1, money equals performance.

"So anything that was going to bring more funding and help the team develop and progress I was very open and if that meant bringing another investor, even a majority investor, that was something I was happy to do," Fitzpatrick said.

11/25/16 The struggling Manor Formula One team is on the verge of a takeover after its owner said on Friday that terms have been agreed with a new investor reports the Guardian.

Speaking at the Abu Dhabi Grand Prix, the British businessman Stephen Fitzpatrick said the team have been in discussions with several investors over the past six months. "We have agreed terms with an investor at the moment and we are still working through that," said Fitzpatrick, who rescued the team from administration in time for the 2015 season. "I can’t really talk more about the specifics."

Fitzpatrick is now prepared to take a back seat as long as it makes the team stronger.

"One of the things I was quite clear on, right from the start, was that in the current F1, money equals performance," he said. "So anything that was going to bring more funding to the team and help the team develop I was very open to … [even] if that meant bringing in another investor, and even a majority investor."

Manor have scored one point this season, putting them in 11th and last place in the constructors’ standings before Sunday’s season-ending race.

Manor are still aiming for 10th place and are one point behind Sauber, who currently hold that position. The difference between 10th and 11th is several millions in terms of television rights and revenue distribution.

Losing out on 10th spot would not affect the impending takeover, however. "It doesn’t help financially, but the terms of our agreement have been refinement, let’s say," Fitzpatrick said. "[It’s] not a deal breaker."

help financially, but the terms of our agreement have been refinalized, let’s say," Fitzpatrick said Sauber, a move made potentially more likely with the news that Nasr has lost his banking sponsor Banco do Brasil. The Guardian

11/18/16 (GMM) Manor has hit back at reports the team is once again in danger of collapse.

Reports have suggested that with Sauber passing the team for tenth in the all-important constructors' championship, missing out on the $15 million could mean Manor may collapse.

"Compliments to Sauber," he told Auto Motor und Sport. "They used the opportunity 100 per cent."

At the same time, Ryan said there is one last chance for Manor to hit back in Abu Dhabi next weekend, even though a rain-affected result is unlikely.

But "There's still one more race so another chance," he insisted.

"In this sport, anything is possible and the race is only over at the checkered flag. So even though it hardly rains there, we still have hope."

And Ryan denied that the $15 million income loss will spell the end for Manor.

"We'd rather have the money than not," he said, "but not having it does not mean the end. It will not kill us."

11/16/16 (GMM) A dark cloud has reportedly moved back over the future of the F1 backmarker Manor.

Finnish newspaper Ilta Sanomat claims there are rumors the team, which almost collapsed at the end of 2014, is now once again in danger of running out of steam.

Germany's Auto Bild is reportedly similarly, saying the financial situation means that if Manor wants to survive, it will almost certainly have to hire "two pay drivers" for 2017.

Reportedly, the big problem for Manor is having lost the lucrative tenth place in the constructors' world championship to Sauber, after Felipe Nasr's surprise ninth place in the wet Brazilian grand prix.

Tenth place is worth at least $15 million and perhaps much more, while eleventh gets nothing.

"This result is thanks to the whole team," Sauber team boss Monisha Kaltenborn is quoted by Blick. "This is the reward for their great work."

But while it is Nasr who scored the sensational result for Sauber, it may actually have harmed rather than helped the Brazilian's chances of staying at the Swiss team.

That is because Manor may now need to chase the best funded drivers for 2017 rather than stick with Pascal Wehrlein, who is backed by Mercedes.

It is believed Esteban Gutierrez, Jordan King and Rio Haryanto are all offering more to Manor than Wehrlein and Mercedes can.

So if Wehrlein is on the move, Sauber might sign him — to replace Nasr, whose Banco do Brasil sponsorship is in trouble.