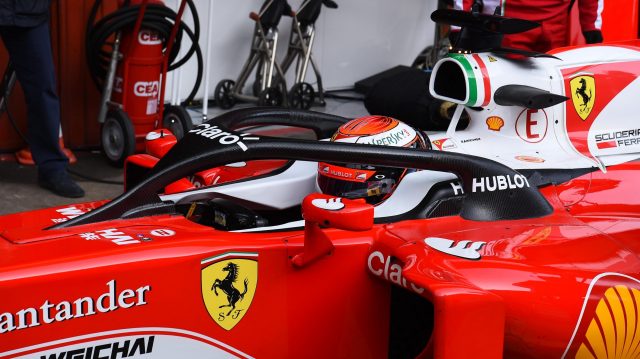 The safety cult storm troopers continue their assault on auto racing and this time, even Formula One cannot escape their regulatory clutches.

In reference to the current effort to mandate either the Halo or Aeroscreen head protection safety gadgets for the 2017 racing season, F1 race director Charlie Whiting said, "If we eventually need to add a couple of seconds to the time required to get out (of the race car), I think that would be a small price to pay."

If the driver in question suffers a rollover crash, then yes, perhaps he might agree. Then again, it really doesn't matter if he agrees because F1 intends to mandate the rule, even though the driver is the one risking his life while people like Whiting risk little more than a paper cut.

But a driver involved in a fiery crash would vehemently disagree that Whiting's “small price" is worth paying. Fire maims or kills in the blink of an eye. Adding even a few seconds to a driver's cockpit egress can mean the difference between life and death, or between a minor burn and a serious injury.

Please note that I am not arguing against the Halo, or Aeroscreen, or old fashioned roll cages or any other safety device. On the contrary, I believe that every team should have full access to these devices and more, and be able to use them at will.

But auto racing's regulators need to get this through their heads, and get it good… you have no right to play with other people's lives.

Do you really want to help make auto racing safer? Then create an environment in which a vast array of safety equipment is widely available, including new inventions and development projects. Craft an aerodynamic rules package that permits broad use of multiple ideas to solve the alleged problems without compromising competitiveness. Provide a canvas upon which teams and drivers can paint their own safety picture, addressing the risks that they see as most prevalent in their situation.

Be useful. Embrace your rightful role as one who provides drivers every opportunity to increase their safety as they see fit, not as one who forces everyone else to conform to your idea of what risks drivers should take.

When rule-makers like Whiting arbitrarily mandate that everyone must use a device that slows their egress from a burning car, they are taking the lives of others into their own hands.

And playing God is a very dangerous pass time.