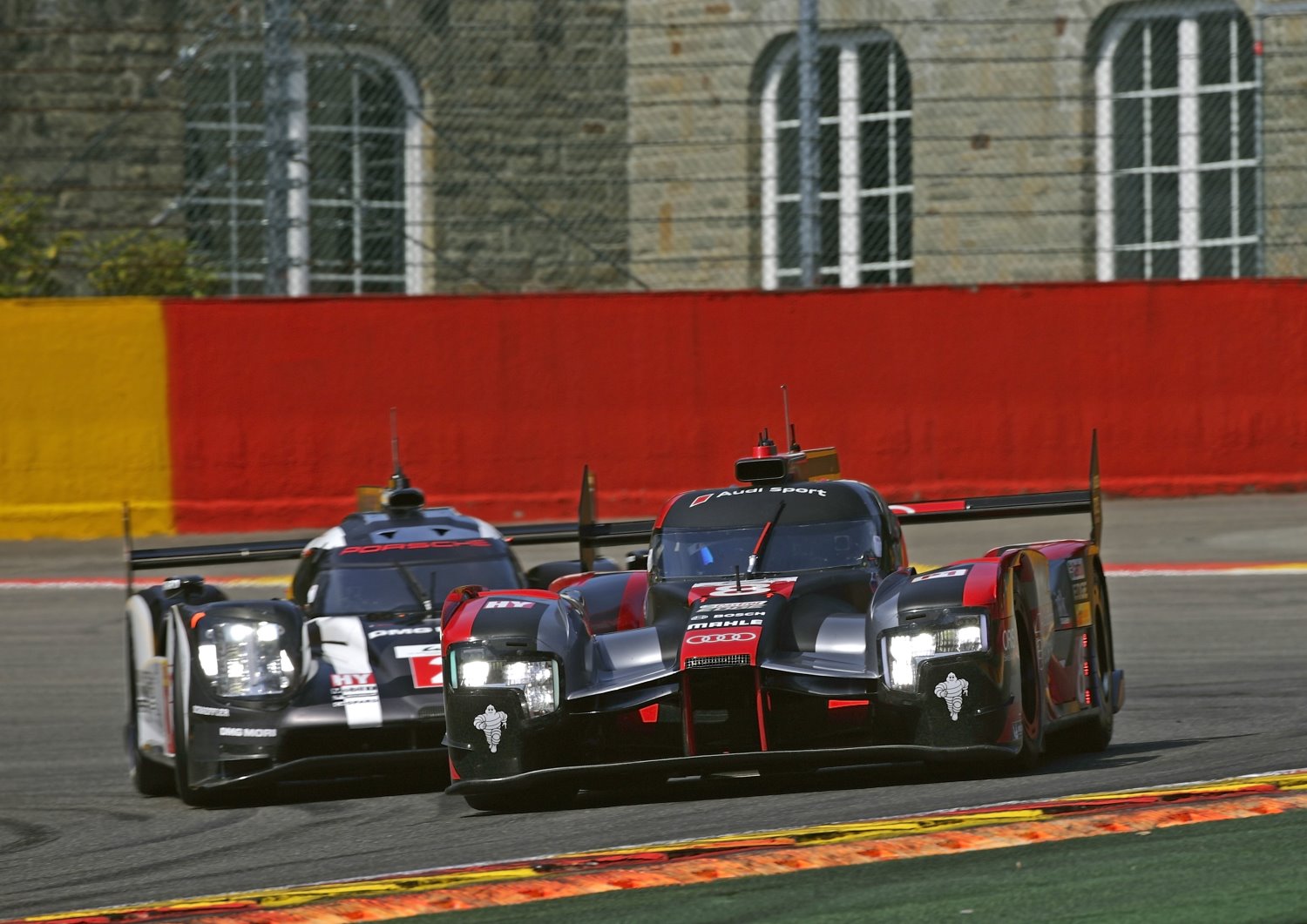 Audi has won the unusually tough second round of the FIA World Endurance Championship (WEC) at Spa-Francorchamps. In temperatures above 25 degrees centigrade, in the end only two of the six hybrid sports cars from all manufacturers that had started finished at the front of the field in Belgium. Victory with a two-lap advantage was celebrated by Lucas di Grassi/Loic Duval/Oliver Jarvis (BR/F/GB) following an impeccable race in their Audi R18.

The spectators in Belgium witnessed the most thrilling WEC round in a long time. At various times of the 6-hour race, each of the three brands was leading with a clear advantage at least once, but the heat and an action-packed race took their toll. Under the eyes of Matthias Muller, Chairman of the Management Board of Volkswagen AG, and Dr. Stefan Knirsch, Member of the Management Board of AUDI AG for Technical Development, Audi Sport Team Joest was the most successful squad. Lucas di Grassi started the race in car number ‘8’ before his teammate Loic Duval, followed by Oliver Jarvis, took over the cockpit. After six hours of racing with several yellow periods, numerous sports penalties, accidents and technical defects in the field, the trio celebrated its first joint victory. Di Grassi was pleased about his first-ever winners’ trophy with Audi, whereas Jarvis had previously scored one and Duval even four sports car victories with Audi.

"Today, the drivers, the team and the technology had to show real endurance qualities," said Head of Audi Motorsport Dr. Wolfgang Ullrich. "I am very happy about the first joint victory clinched by Lucas, Loic and Oliver. Sincere congratulations on their impeccable performance." It was Audi’s 106th LMP success in total since the 2000 season.

The number ‘7’ sister car had no chance on this occasion after Marcel Fassler/Andre Lotterer/Benoit Treluyer (CH/D/F) suffered several setbacks. In a duel, Treluyer drove over a curb so hard that the damaged underfloor had to be changed. After the car spent 14.30 minutes in the pits for this to be replaced, the air ducts had to be cleaned at a later stage, which cost further time. When Marcel Fassler touched a car in front of him, the team had to change the hood of his race car. In addition, number ‘7’ received a drive-through penalty for this incident. In the end, the driver trio battled its way forward to position five overall. As a result, Audi scored 40 points in the manufacturers’ classification.

The next commitment for Audi Sport in the WEC will be the test day at Le Mans on June 5. There, the squad is going to prepare for Audi’s 18th participation in the 24-hour race that will be held on June 18 and 19 this year.