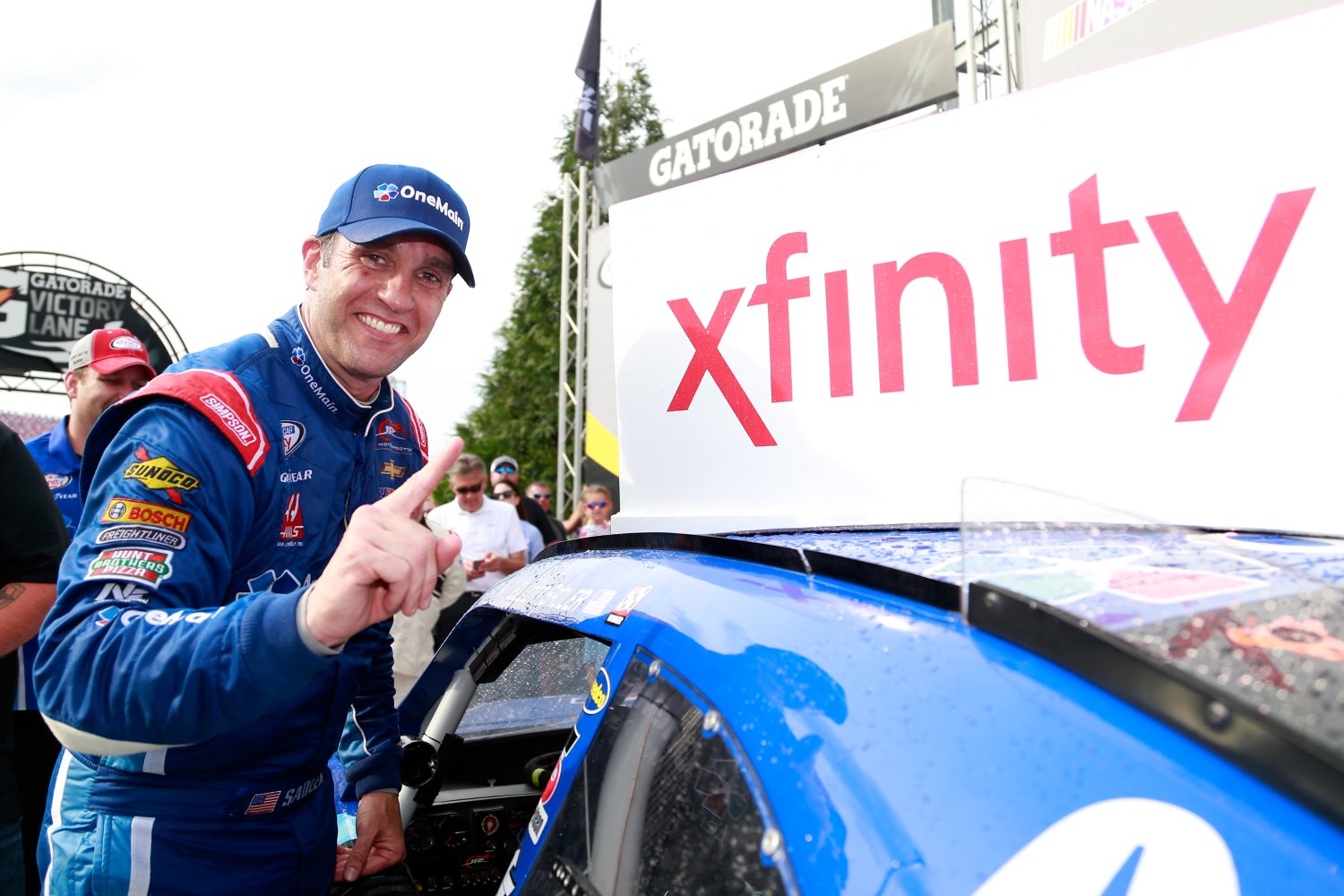 Elliott Sadler won today's NASCAR XFINITY Series Sparks Energy 300 at Talladega Superspeedway. The driver of the No. 1 OneMain Chevrolet trailed leader Joey Logano as the field came through the tri-oval on the final lap. When the JR Motorsports driver moved to the outside to pass, Logano moved to block. The resulting contact between the two launched Logano into the SAFER barrier nose first, bringing out the caution.

Logano climbed out after the vicious hit, and appeared to be ok.

When the checkered flag fell, it was originally thought that Brennan Poole had taken the win. However, after a brief review NASCAR determined that Sadler was ahead of Poole when the caution light came on. It was Sadler's 11th career XFINITY Series win.

Despite the disappointment of thinking he had his first XFINITY victory only to have it taken away, Poole finished third – his best career result in the series. Justin Allgaier made it two JR Motorsports cars in the top-3 coming home 2nd.

NASCAR Sprint Cup Series regular Joey Logano held the lead as the field entered the tri-oval, but a battle to the finish between Logano and Sadler led to a late crash that collected Logano’s No. 22 Discount Tire Ford and several others, leaving Sadler, Allgaier and Poole fighting for the win – and an automatic bid to the Chase for the NASCAR XFINITY Series Championship.

Sadler’s last win came from Talladega Superspeedway in 2014, but this time was special as he celebrated his return to victory lane with his entire family – wife Amanda and two children Wyatt and Austin – to make Saturday's win even more exceptional, the milestone also comes on his 41st birthday.

“I was very fortunate that I had Justin Allgaier behind me. He started fifth on the restart and I knew he would stay with me, and then we could make whatever moves we needed to make to try to win the race."

The Emporia, Virginia native said that Saturday’s race had a must-win feel to it. He didn’t flinch.

“After the caution was out, I still felt like we were in the lead," said Sadler. “I was kind of just anxious sitting down there at the start-finish line. We felt like we needed it. It was a great birthday gift when they started screaming in my ear."