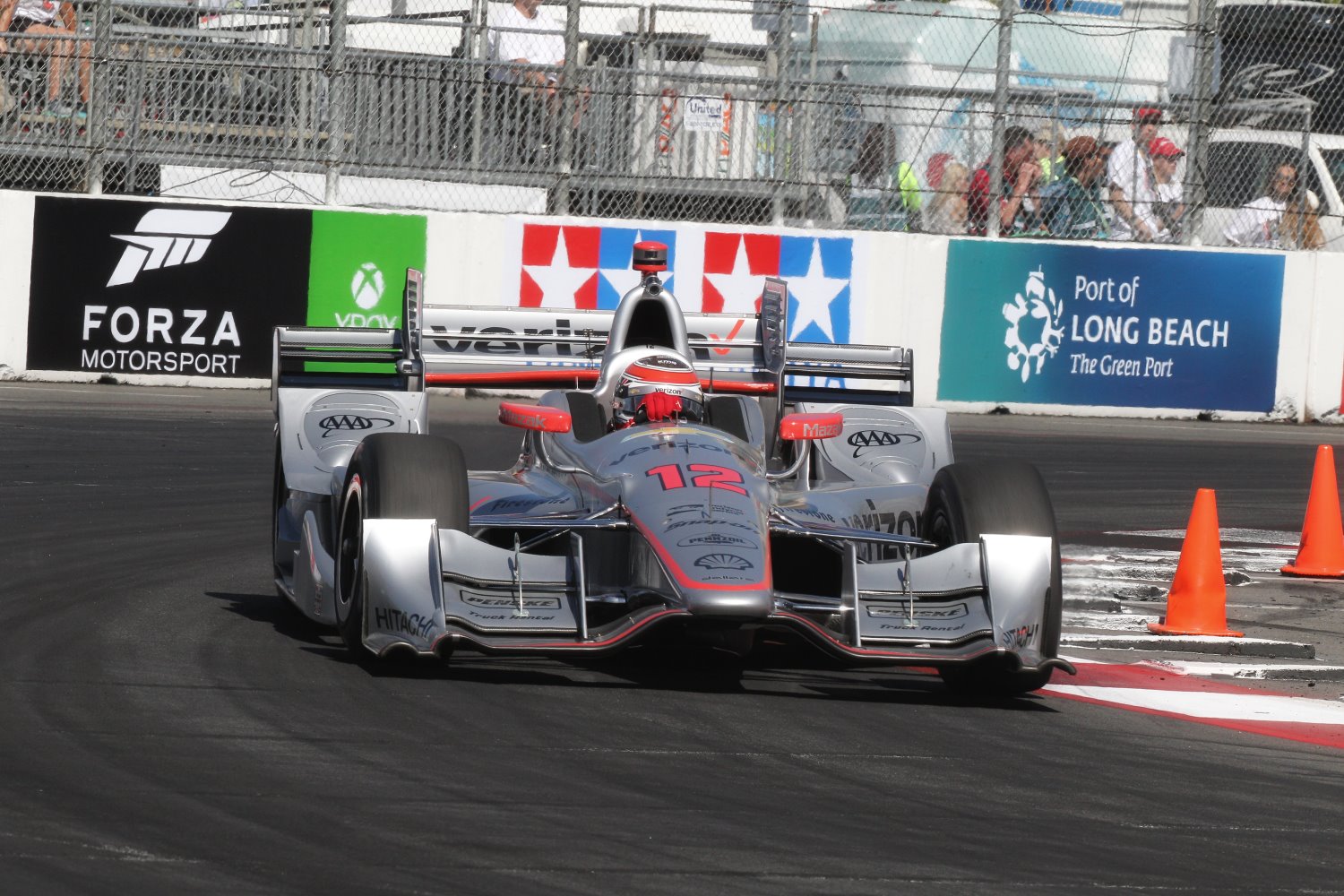 As you know, we here at AR1.com have called for the removal wings from IndyCars for quite some time. They have ruined the racing. The constant pursuit of speed has led to aerodynamic R&D in the pursuit of more downforce and less drag. But the time has come to stop. Do we care more about breaking lap records or good close racing that puts a premium on driving skill?

Gordon Kirby and I were talking about this topic in the Long Beach media center this past weekend. Us old timers are concerned about the direction open wheel racing has taken since the late 1960s when wings first made their appearance on F1 and IndyCars.

From that time forward aerodynamics have been the main focus on every new car design.

Now people are starting to realize that maybe that was the wrong path to take because it made open wheel racing an engineering exercise instead of an exercise in driver talent.

We made open wheel racing less of a sport because of the focus on aerodynamics – we put winning in the hands of the engineers instead of the drivers.

Kirby got some good quotes in the Long Beach paddock this weekend from Roger Penske and Mike Hull and included them in his weekly column. Penske is in favor of removing downforce from the cars.

[adinserter name="GOOGLE AD"]"I think it puts the driver back in the car and there's also a lot more strategy," Penske commented. "The tires wear because the car is sliding around a little bit more and there's more passing. If you have a better car at a particular time in the race, you can pass. You're not just sitting there with a bubble between you and the car ahead of you.

"I think NASCAR has done a good job and now, with the charter system, there's a competition and technical committee helping make the decisions and the timing of when any changes are going to be made so it doesn't come overnight without any room for planning and implementation. There's a thinking process and an opportunity to judge what's happening. They're looking at it from a cost perspective, from a timing perspective and a performance perspective."

"I think they've got to take the downforce off in IndyCar too, especially on the ovals," he said. "You just can't run around a place like Phoenix in eighteen seconds. I think the cars are too fast at places like Phoenix and Iowa. There's no chance to pass and it can result in a pretty rough outcome.

"To go fast at Indianapolis, you take the downforce off and that really puts the driver in the car. And I think that's what everyone wants to see from the drivers to the teams and the fans and media too.

"To me, Rick Mears has said it all about downforce. I would let Rick be the spokesman about cutting downforce. I support him completely."

"As you know," he said, "we all have to run these underwing pieces which make you run the car a little bit higher to keep the car from getting airborne. I think it's absolutely the right thing to do.

"I can't get into the balance of performance because no one is ever perfect. If you set a goal with a set of rules that people work to, and then they change them again, it's hard for everyone because you've made a major commitment, especially when it's the biggest race in the world.

Amid the eternal debate about what's wrong or right with IndyCar, Chip Ganassi's general manager Mike Hull was even more outspoken last weekend than Penske about the need to slash downforce. Hull believes the time has come to invent a transformative new formula.

"I think somebody in motorsports needs to make a statement for the future," Hull said. "It needs to be something that's not clearly defined, but clearly directed.

"I think there should be a basic rule package. It would say the car should have no wings and the rules would specify the car's wheelbase and the track. It would also say here's a basic formula for the engine with as few restrictions as possible. Let's keep it as simple and open as possible and let's go racing in 2018.

"I've thought a lot about this over the past few years and I believe this is the way the sport needs to go if we're going to give Indy car racing the push forward it needs. IndyCar can make a difference if it wants to."

We could not agree more with Hull. We here are AR1.com have been a big proponent of the Chris Beatty design shown to the right. It removes all the hideous aerodynamic appendages and only keeps a very low rear wing, similar to what IndyCars use at the speedway.

The car generates most of its downforce from the underbody tunnels and adds wider tires so mechanical grip becomes a bigger part of the equation.

A clean body means less aerodynamic turbulence for cars running behind. The result? Cars can tuck up closer and setup the car in front for a pass.

Another huge benefit – less debris cautions to retrieve all the aero bits and pieces strewn over the race track when cars touch or a driver scrapes the wall.

And to think – F1 is proposing to go in the opposite direction with its new rules package – increasing downforce so the cars are faster. A huge mistake.

We would also like to see a canopy be incorporated into the design of the next generation F1 and IndyCars – complete with Air Conditioning for the driver, fire suppression (that includes an oxygen feed into the drivers helmet when it is activated) and a clear film system that moves back and forth across the windshield to remove rain and oil that the driver can activate when needed.

Will the cars be slower? Yes, and not soon enough.

The cars are so fast at places like Phoenix and Iowa I hear fans says they get dizzy watching them go 'round and 'round. They're so fast you can't even read the sponsor name on the side of the car.

We don't need to be breaking speed records. We need to be making the racing great and breaking attendance records – fans turning out in droves to see their favorite drivers' talent on display and knowing talent is what won the race.