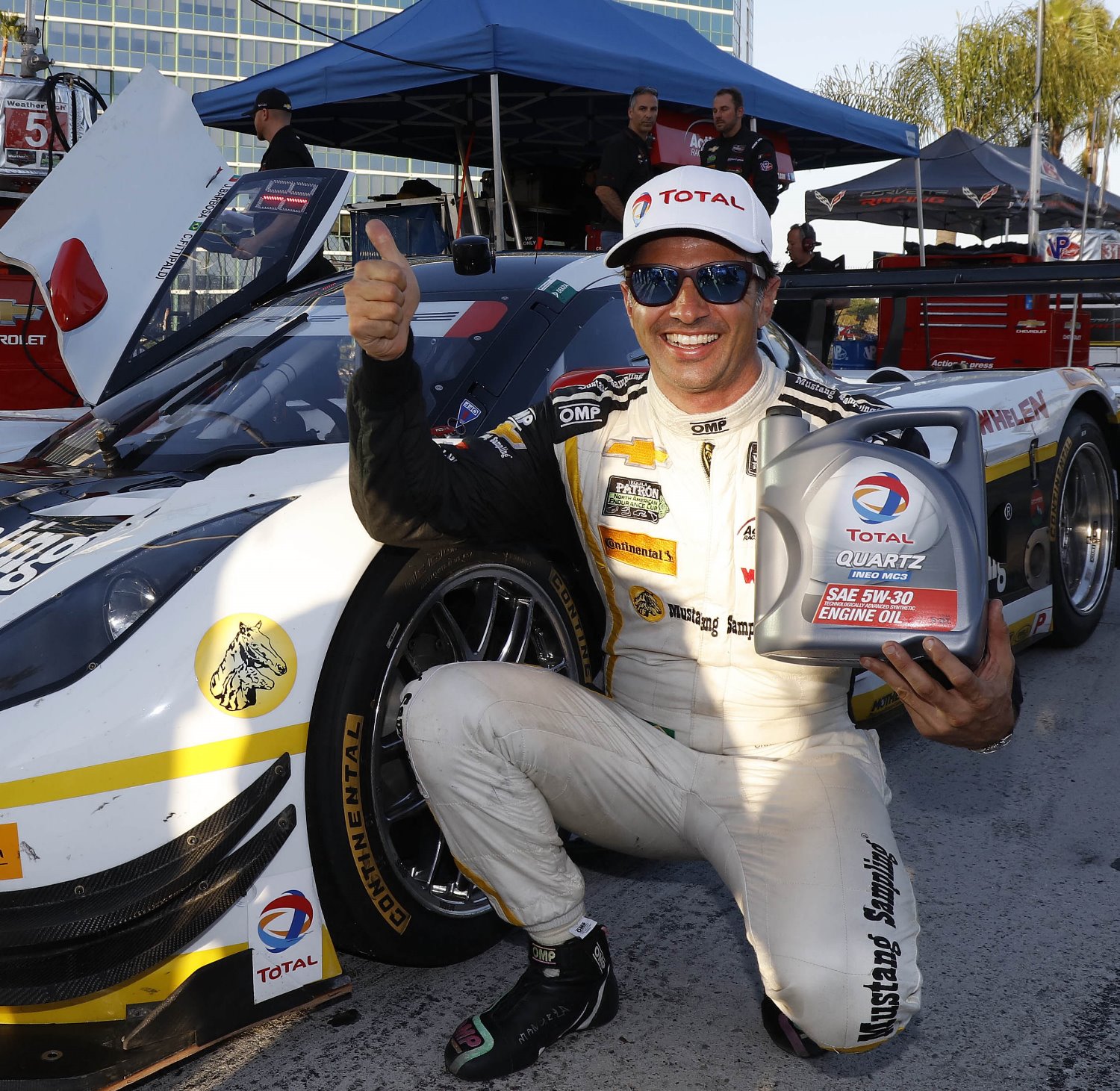 “Starting in the front on a street course definitely makes your life easier," said Fittipaldi, who shares the car — and the past two season titles in the IMSA WeatherTech SportsCar Championship — with Joao Barbosa.

Qualifying second was the No. 10 Wayne Taylor Racing Konica Minolta Corvette DP, the defending champions at Long Beach, with a lap of 1:15.133. Brothers Ricky and Jordan Taylor don’t have a win this year, and are looking to break through with a Long Beach repeat.

Third was the No. 70 Mazda Prototype, the best start ever for the Mazda team thanks to a lap of 1:15.641 by Tom Long, who shares the Mazda with Joel Miller.

[adinserter name="GOOGLE AD"]Fittipaldi said that Long Beach has not been kind to the Action Express team in general, and him in particular, dating back to his races here in the IndyCar series.

“I’m happy that we seemed to have turned the page," he said. Last year, the Action Express car was not competitive at Long Beach or at the other California race at Mazda Raceway Laguna Seca, and Fittipaldi says the team concentrated on making the car better for the two West Coast events.

The Prototype qualifying session was shortened when the red flag flew with just over six minutes left in qualifying, caused by a crash by the No. 90 Visit Florida Chevrolet Corvette Daytona Prototype driven by Marc Goosens, who spun and nosed the car into the wall by himself. The No. 55 Mazda Prototype driven by Tristan Nunez made light contact with the No. 90, but all the cars drove away.

The green flag flew again with a few minutes remaining, but no one could top Fittipaldi’s fast lap.

Auberlen, from nearby Redondo Beach, was skeptical that he could qualify in the top spot on the tight road course. His new BMW M6 is three feet longer than the Z4 he raced here last year, and that car, he said, was perfect for the Long Beach course. But the team dialed in the M6 and Auberlen knocked out a Hail Mary lap that was faster than even he thought the car was capable of. “This is a really good car," he said. “It has great potential."

The two Corvette Racing C7.Rs were fourth and fifth, followed by Auberlen’s teammate Lucas Luhr in the No. 100 BMW in sixth. Seventh was the No. 66 Ford GT driven by Joey Hand — the No. 67 team car didn’t make the qualifying session, as it caught fire in the morning practice session and the team couldn’t repair it in time. It should be ready for Saturday’s race.

[adinserter name="GOOGLE AD"]In one of the strangest qualifying sessions in recent memory, the pole sitter for the Prototype Challenge class is actually the fourth-fastest qualifier. The session was shortened after a crash involving the No. 88 Starworks Motorsports car, driven by Mark Kvamme, brought out the red flag. Until then the fastest PC was the No. 38 of James French, whose fastest lap in the Performance Tech car was 1.17.910. Second was the No. 54 CORE entry of Jon Bennett.

Third was Robert Alon in the No. 52 PR1/Mathiasen car. Unfortunately for French and Bennett, due to the red flag, the PC class didn’t get in the mandatory 10 minutes of qualifying time, so the grid for Saturday’s race will be set by points, putting Alon in the No. 52 on the PC pole, in the car he shares with Tom Kimber-Smith.

But wait: IMSA officials determined that Alon was involved in the incident with the No. 88 car, which brought out the red flag. And if you bring out the red flag, you go to the back of the grid.

Which put Misha Goikhberg, who drives the No. 85 JDC-Miller Motorsports entry with Stephen Simpson, on the pole. Goikhberg qualified the car in fourth before the red flag ended the session, but it was the team’s points standing that gave it the class pole.

The Bubba Burger Sports Car Grand Prix of Long Beach is set for 4:05 p.m. PT on Saturday. It will air live on FS2 with tape-delayed broadcasts on FS1 at 11 p.m. ET on Saturday and 12:30 p.m. ET on Sunday. Live audio coverage from IMSA Radio is available on IMSA.com.