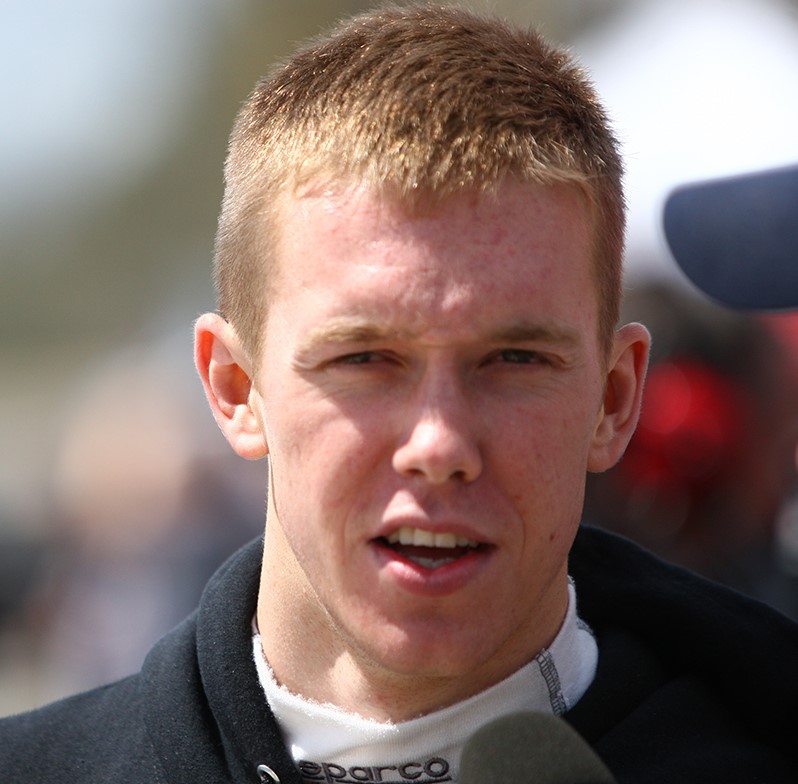 Jack Hawksworth was well on his way down the standard European open-wheel route, with a junior karting championship victory at age 15 and two years in the formula car ranks. But the young Yorkshireman was searching for a more direct path toward his goal of reaching the top levels of the sport. Focused on a career in the Verizon IndyCar Series, Hawksworth decided on the Mazda Road to Indy. Hawksworth's decision to join the Pro Mazda Championship Presented by Cooper Tires changed the direction of his career.

The young Hawksworth made a name for himself in the English and European karting ranks, winning the Junior Rotax Euro Max championship, finishing second in the World Finals and earning victories on the KZ1 and KZ2 circuits. He graduated to cars in 2010, finishing third in the Formula Renault Winter Series and fourth in Formula Renault UK, while being named a British Racing Driver's Club "Rising Star." It was then that Hawksworth turned his attention to America. He joined the Pro Mazda series with the plan to win the championship and the scholarship, which would take him to the Indy Lights Presented by Cooper Tires – leaving him one step away from the Verizon IndyCar Series.

"I'd been racing karts for a long time," said Hawksworth. "I then raced Formula Renault in England for a year. At the end of the year, it was time for a decision regarding the next step in my career. I had to find a direct path to the top. The Mazda Road to Indy had the structure and a fantastic scholarship from Mazda. I thought I would try that and if I didn't win, well, I wasn't good enough and I'll go back to Europe. But if I won, I'd have the opportunity to go to Indy Lights and continue my career."

The move to America enabled Hawksworth to employ the innovative approach of selling shares of himself to investors to pay for his racing.

[adinserter name="GOOGLE AD"]"I was able to sell shares of myself on the back of that, so that I could put the money together to come over here. Had I been in Europe, there would have been no scholarship system so I don't think I would have been able to sell it as a business proposition. There was a reward for doing well for winning over here and it paid off."

Hawksworth impressed right out of the box, posting the quickest times in the Chris Griffis Memorial Test at Indianapolis with Palmetto, Florida-based Team Pelfrey. The professionalism of the team and the atmosphere in America suited Hawksworth perfectly.

Engineered by then-team manager Geoff Fickling – who now works with the Carlin team – Hawksworth dominated the championship, setting records for wins (eight), poles (11) and fastest laps (Hawksworth still holds the record for poles in a season). He took the Mazda scholarship and moved up to the Indy Lights series with multiple championship-winning Schmidt Peterson Motorsports with Curb-Agajanian. While he didn't have quite the year in Indy Lights that he had in Pro Mazda, Hawksworth earned three victories on his way to fourth place in the championship – and a great deal of knowledge.

"It was one of the toughest seasons of my career. I'd had a perfect year in 2012. In 2013, it was about as rocky a year as you could have with all the ups and downs. That brought me down to earth a bit but I learned a lot about dealing with people, which is 80 percent of what you have to manage in a racing environment. That's definitely helped me down the line."

With Sage Karam winning the Mazda scholarship that came with the Indy Lights title, Hawksworth turned to 1993 Indy Lights champion Bryan Herta for a chance to make it to the big show. Once again, he wasted no time in making an impression on the entire paddock.

"I tested with Bryan Herta's team and it went as well as a test could go. Bryan gave me an opportunity, and the season started really well. We qualified eighth at St. Pete, fifth at Long Beach, and third at Detroit. We were always in front – we almost won the road course race at Indianapolis and finished on the podium at Houston. There we were, with a young driver and a one-car team, but I was fortunate that we had really good people."

In racing, as in most endeavors, success breeds opportunity. The next thing Hawksworth knew, sports car racing came calling in the guise of a ride in the IMSA TUDOR United SportsCar Championship event at Indianapolis.

"On the heels of that first year in IndyCar, Paul Gentilozzi invited me to come do the Indy sports car race with the RSR team. We won that race, which opened up opportunities to do more sports car racing. In turn, that opened the doors to AJ's team."

In 2015, Hawksworth signed with perhaps the most famous name in American racing, A.J. Foyt. His IndyCar career continues, but he will never forget how he arrived at the pinnacle of American open-wheel racing.

"Racing on the Mazda Road to Indy gave me my opportunity to move up that I would have had nowhere else. The Pro Mazda scholarship got me into Indy Lights, and Lights got me on the radar for IndyCar. But it taught me a lot as well. In the first year, I was extremely successful but not so successful the second year, which was a hard lesson. It helped form me as a person as well.

"It also helped with familiarity. You know the tracks, you know the weekend format, you know how the track will be, that it can be slippery in the morning but it will be better in the afternoon. You know people in the IndyCar paddock. All of that makes the transition easier. I think people do keep an eye on the Mazda Road to Indy, especially Indy Lights. I've certainly kept an eye on the championship."