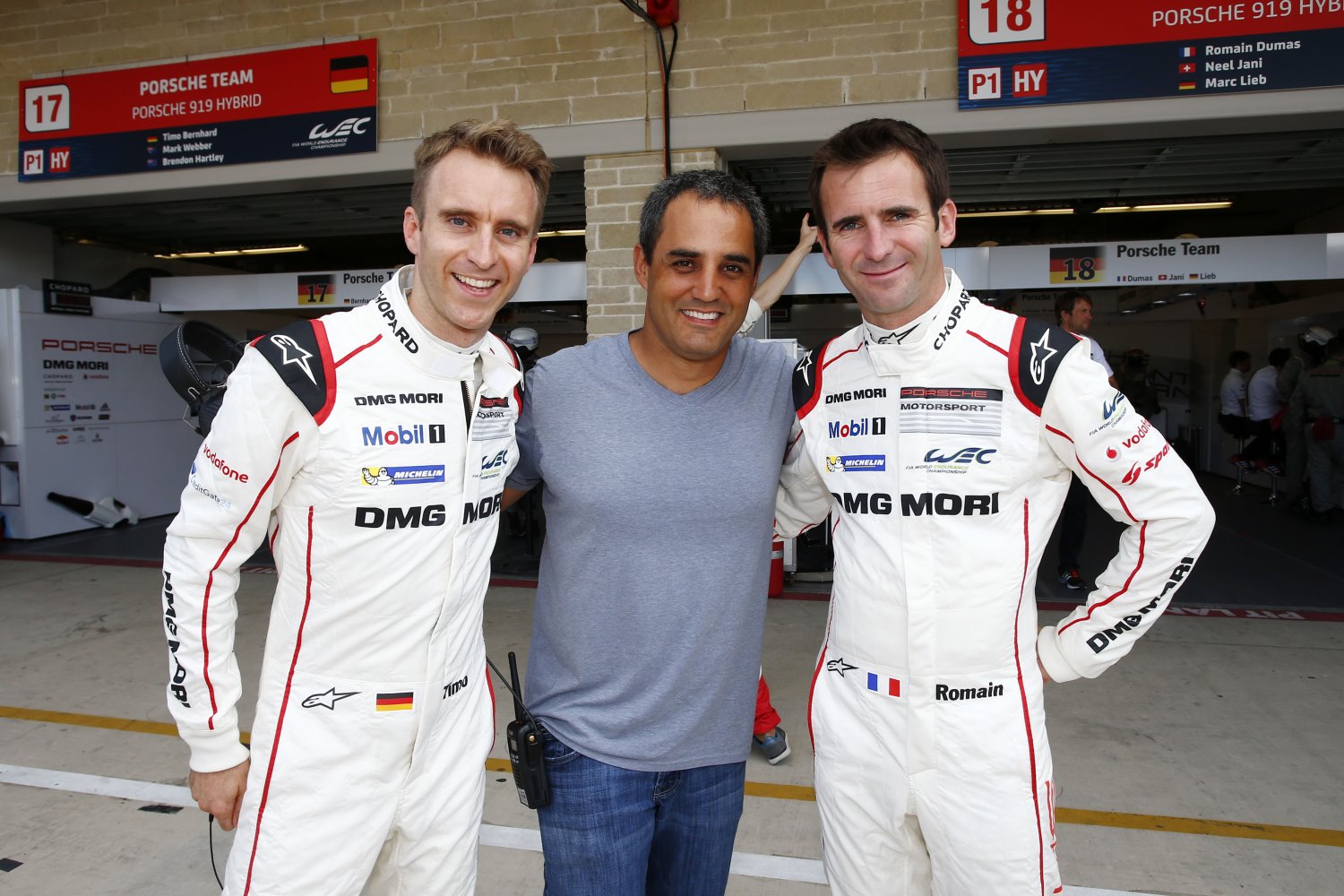 With the rumors that Montoya may be out at Penske after this year, rumors have begun again that he might turn to the Porsche team in WEC. This rumor is 'speculation' at best.

10/31/15 This rumor is downgraded to 'speculation' with today's news that Montoya will not run LeMans, but it is not being ruled out for the future.

09/30/15 The European Grand Prix in Baku, originally scheduled for July 17, has been moved forward one month to June 19, which now falls on the same weekend as the French endurance classic.

A statement released by the FIA World Motor Sport Council, however, said the Baku race start will be scheduled to avoid conflict with the conclusion of Le Mans.

Hulkenberg, who recently signed a multi-year contract extension with Force India, had been poised to return to Le Mans next year alongside his winning co-drivers Earl Bamber and Nick Tandy.

The clash could open the opportunity for Juan Pablo Montoya, who is set to test Porsche’s 919 Hybrid later this year, to potentially replace the German in the lineup, should Porsche again commit to a three-car entry for the race.

INDYCAR has yet to release its 2016 schedule but it’s believed there will not be a clash, which would enable the Colombian to take part in the race. Sportscar365

09/19/15 We added photos, below of Montoya in Austin talking to the Porsche team.

The World Endurance Championship is at Circuit of the Americas this weekend, and apparently so is Juan Pablo Montoya. The Team Penske IndyCar driver and the Porsche folk have taken a liking to Juan Pablo Montoya. And if Porsche Motorsport's Twitter account is to be believed the reigning Indianapolis 500 winner may be testing a Porsche sometime in the near future.

"JPM says he loves Porsche and he loves endurance racing, especially fascinated by Le Mans. Talks are taking place about a possible test," was sent out by Porsche at 11:36 p.m. ET.

That is interesting to say the least.