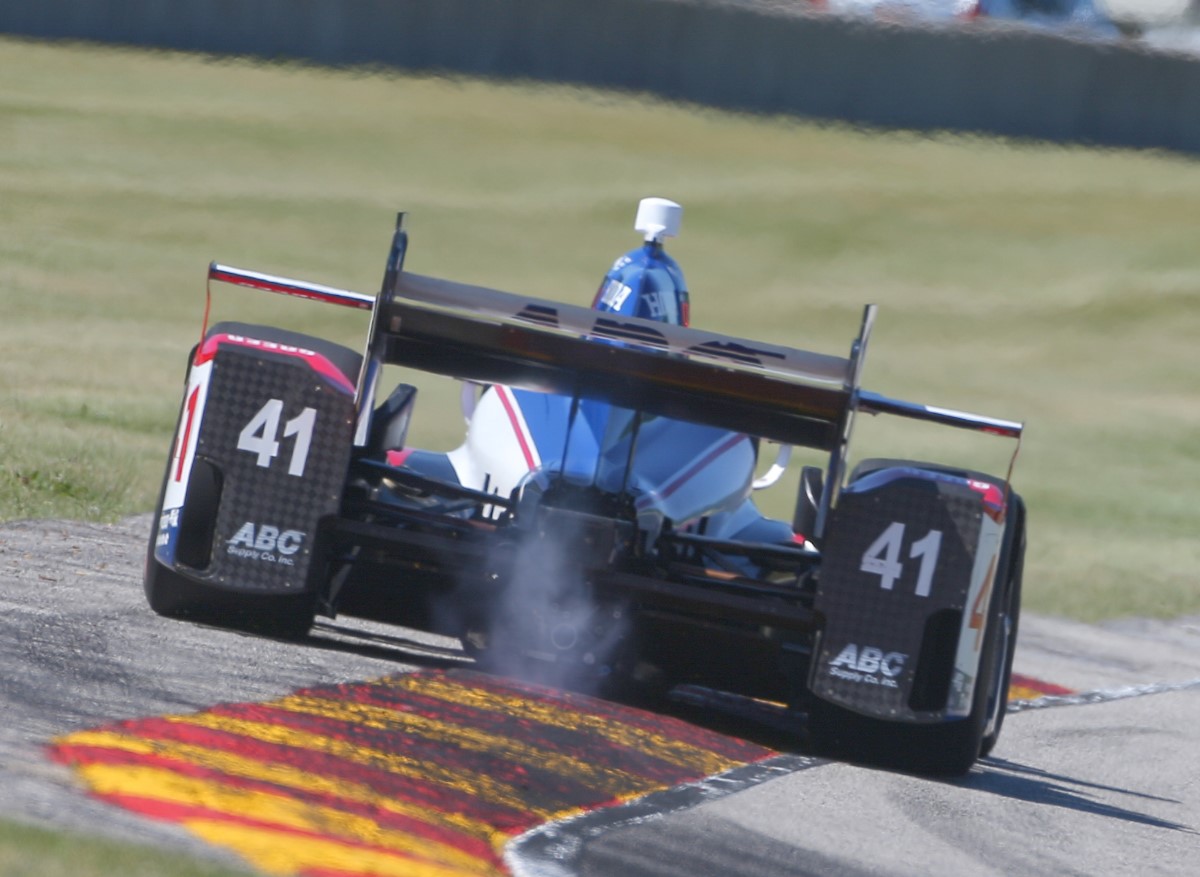 This rumor is upgraded to 'fact' today. Honda has resigned itself to the fact it will tow around a parachute (via it's closed off Butt Bumpers) again in 2017. This means, as in 2015 and 2016, Honda IndyCars will win zero poles and have zero race wins on short ovals, road and street courses in 2017. AR1 has been all over this shortcoming for two years, yet IndyCar won't give Honda any relief.

Honda is unlikely to ask IndyCar for relief under Rule 9.3 again this year, and will instead seek to close any gap to Chevrolet through regular development writes Mark Glendenning of Racer.com.

Manufacturers are not allowed to make in-season updates to their aero kits, and IndyCar imposes strict limitations on the areas that can be improved over the winter. However under Rule 9.3, a manufacturer can apply for special dispensation to carry out additional development if IndyCar determines that one aero kit is uncompetitive to the point of being detrimental to the series.

Honda applied for and received relief for its road/street and short oval kits at the end of last year following a season in which it watched Chevy sweep every pole position, and win 10 out of 16 races. This year, Honda is going into the upcoming race at Pocono with just one victory to its credit: the Indy 500.

IndyCar has confirmed to RACER that there would be nothing to prevent Honda from requesting 9.3 assistance again at the end of the season "as the rules are currently written." How the current wording of the rules could be affected when IndyCar's next-generation aero plans are formalized remains to be seen. But regardless, HPD president Art St Cyr told RACER that a second swing at 9.3 relief is unlikely because it detracts from regular performance development.

While Honda has been forced to weather another season of Chevrolet dominance on road and street courses and short ovals, the gap between the two manufacturers was all but erased at Indianapolis. Honda's next opportunity to stretch its legs in superspeedway-spec was denied by the washout at Texas, by St Cyr is hopeful about HPD's prospects at Pocono this weekend.

"Based on our performance at the only superspeedway that we've run at this year, we think we're in good basic shape," he said. "But we don't take anything for granted. The competition is very strong, [Chevrolet] has very experienced drivers, and they've been able to do testing on the tracks that we have ahead of us, but we are cautiously optimistic about how we'll perform at Pocono." Mark Glendenning/Racer.com

03/13/16 This AR1 rumor from Friday is upgraded to strong. Chevy teams swept the first five qualifying spots yesterday and the lead Honda of Ryan Hunter-Reay has expressed dissatisfaction.

"We do not have the sweet spot right now. We pulled out a lap or two there that put us sixth on the grid, but man, we have work to do…I’m not worried about the horsepower. HPD is doing a great job in the engine department. I’m more worried about overall grip and how to make the tires last."

From what Hunter-Reay said Honda isn't as far behind this year as they were at the start of 2015. But it looks like Honda is further behind Chevy than some would like us to believe.

03/11/16 Right before opening practice for the 2016 Verizon IndyCar Series in St. Petersburg, AR1 is hearing that Honda might be behind the 8-ball relative to Chevrolet. We'll obviously know more in about 90 minutes after the first session, but our spies tell us Chevy should have the early edge.