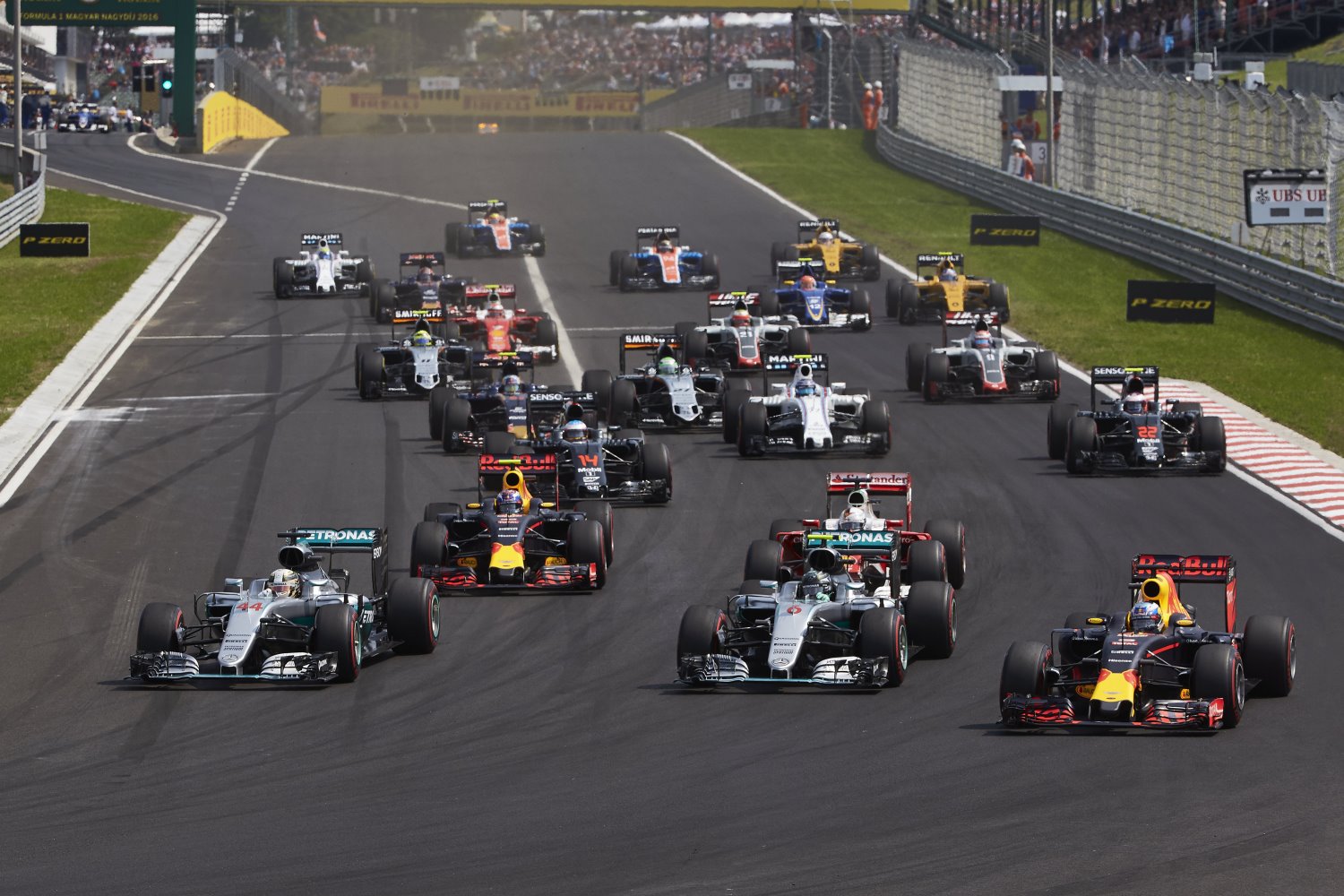 UPDATE (GMM) CVC is poised to finally sell its multi-billion dollar majority stake in formula one, according to the business news agency Bloomberg.

The report this week said the London based private equity firm is "looking to exit the investment, possibly in a matter of weeks".

Bloomberg said CVC has enlisted the help of Goldman Sachs to look for buyers, with the price tag as high as $10 billion.

CVC looks set to bank a huge profit on the deal, with many insiders claiming the outfit's stewardship has not been positive for the sport.

F1 supremo Bernie Ecclestone, however, said CVC has been "pretty upfront" about its motives.

"They buy and sell companies looking to make a profit," he said.

"I'm happy with things at the moment," the 85-year-old added, saying F1 is "successful the way I run it".

08/09/16 It was considered one of the riskiest private equity investments ever – CVC Capital Partners, a then-mid-sized London-based firm, paid a steep $2 billion in 2006 to buy Formula One, the world’S dominant auto racing circuit. The timing wasn’t great. A number of racing teams were threatening to bolt in a pay dispute. The deal’s success also hinged on F1 founder Bernie Ecclestone, the famously domineering boss who would later sidestep bribery charges.

Yet a decade later, Formula One has turned into a spectacularly profitable deal for CVC, catapulting the former Citigroup Inc. unit into a top global buyout firm. CVC has made about $4.5 billion on its initial $1 billion stake, a 450 percent return that’s twice the average for private equity. Much of that came when CVC loaded Formula One with debt to pay itself dividends — too much so in the eyes of critics.

Now the firm is looking to exit the investment, possibly in a matter of weeks. After an aborted initial public offering in 2012, it’s actively shopping the firm and has retained Goldman Sachs Group Inc. to solicit buyers. The price tag could be as high as $10 billion. CVC, with a 35 percent stake, could walk away with a total return of eight times its original investment.

The most likely suitors are media companies hunting for programming content, rather than another buyout firm. Rupert Murdoch’s Sky Plc, the Qatar Investment Authority and RSE Ventures, chaired by Miami Dolphins owner Stephen Ross, are interested in investing, said people familiar with the matter, who asked not to be identified as the process is private. “CVC took an opportunity that seemingly by virtue of circumstance and good stewardship is set to produce returns far higher than most deals of its size and vintage," said Oliver

Gottschalg, a professor at French business school HEC Paris. Not everyone is as pleased with the outcome, citing declining F1 attendance in some markets and the large dividends to investors. Team ownership of Formula One is the “ideal model," said Xander Heijnen, a former spokesman for the Grand Prix manufacturer association.

“Has CVC’s ownership been good for the sport? Not really," he said. “They have improved the structure and governance, but ideally all of the money made within the sport should stay within it, and that isn’t the case with the financial investor model."

CVC declined to comment. In a brief telephone interview, Ecclestone said that CVC is “pretty upfront" about its returns. "They buy and sell companies looking to make a profit," he said.

SKY NEWS reported the Qatari owner of Paris St. Germain has "revived its interest in buying into the parent company of Formula One."
Qatar Sports Investments has reached out to CVC Capital Partners "&" in recent days to discuss the possible acquisition of a minority stake."
Sources close to QSI said that "it had not made a binding offer, and stressed that it could be interested in partnering with another F1 bidder rather than buying a stake on its own."
CVC has been "running a process for several months to offload a significant shareholding in F1." Sources said that talks "have intensified in recent weeks about a deal" valuing the sport at between $8.1B and $8.5B, and a transaction "is likely to be agreed during the summer." Sky News

07/30/16 The long-awaited sale of the Formula One may finally be nearing the finish line reports Dana Mattioli and Dana Cimilluca of the Wall Street Journal.

A number of bidders including British broadcaster Sky PLC are circling Formula One and a winner of the auction could emerge in the next few weeks, according to people familiar with the matter. A deal could value the racing series at around $8 billion or more.

Other possible buyers participating in the process include a team of Discovery Communications Inc. and John Malone’s Liberty Global PLC, the people said.

Should there be a deal, it isn’t clear how much of the famed motor-racing company would be sold.

Formula One holds the eponymous races in cities around the world, from Monte Carlo to Kuala Lumpur. The auto-racing franchise markets lucrative television rights and sponsorships for the popular races and negotiates contracts with venues and teams, among other functions. In 2006, private-equity firm CVC Capital Partners bought majority control of Formula One. It has since reduced its stake to around 35%.

CVC has flirted with the possibility of selling its stake for years but for various reasons hasn’t struck a deal.

One complication was a trial Formula One’s colorful founder Bernie Ecclestone faced in Germany related to charges of bribery and fraud. A court in 2014 dropped the case against Mr. Ecclestone, who is known as “Supremo" in Formula One circles, in return for a payment of $100 million.

Mr. Ecclestone is a former used-car salesman who built the race into a powerful marketing force in the late 1970s. The octogenarian remains chief executive of the company. Today, the stars in the sport include Lewis Hamilton and Sebastian Vettel. Dana Mattioli and Dana Cimilluca/Wall Street Journal