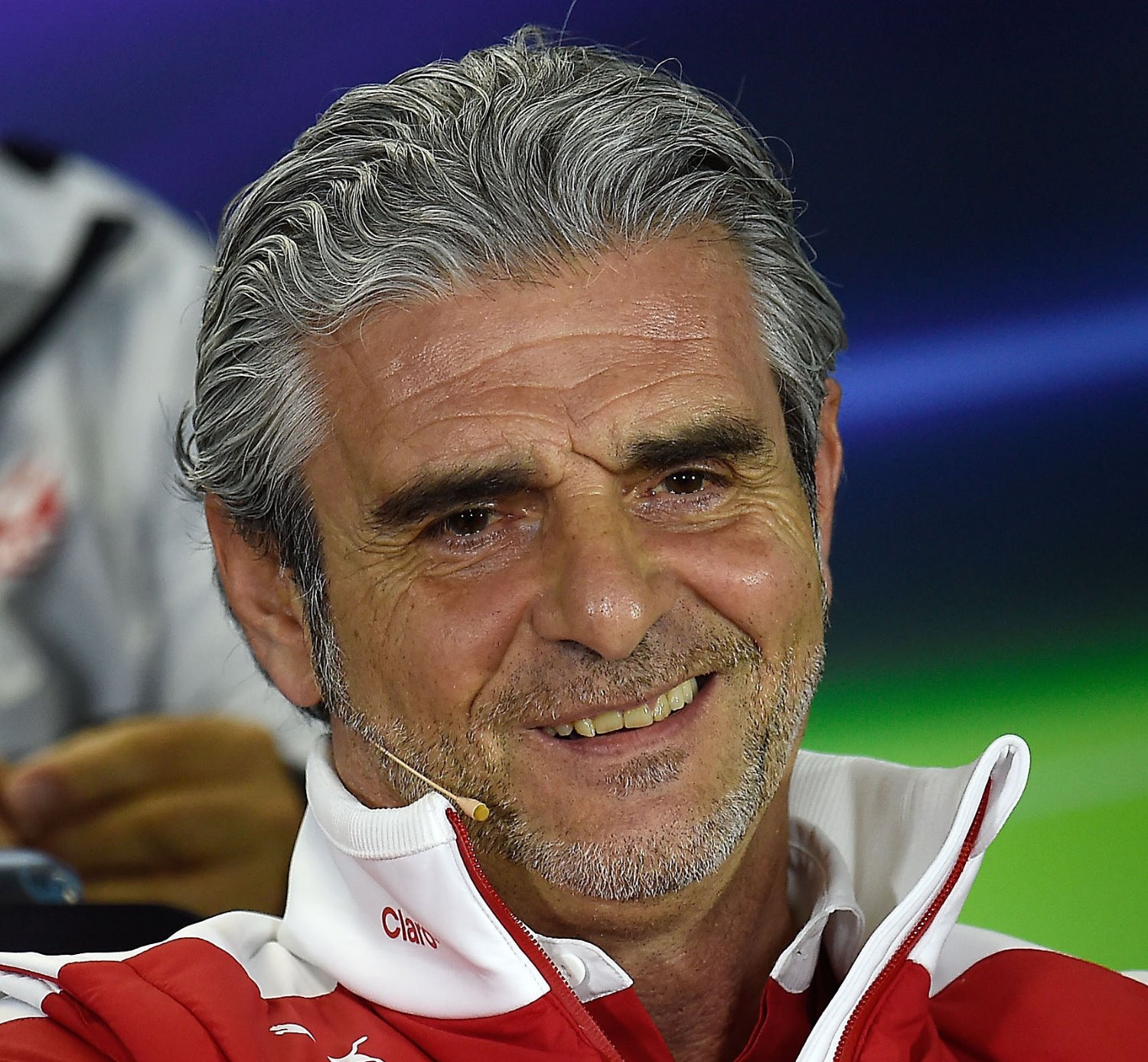 UPDATE Ferrari has confirmed that James Allison has departed the squad, with Mattia Binotto installed as Chief Technical Officer. So Arrivabene saying, just two days ago, the rumors of Allison's departure were just BS was his way of blowing smoke up the media's posterior.

Now we await the announcement Allison has joined Renault.

His Ferrari contract may stipulate he spends one year on gardening leave.

(GMM) Maurizio Arrivabene has broken his silence to play down speculation Ferrari could be about to lose Sebastian Vettel and James Allison.

Team boss Arrivabene had a low-profile Hungarian grand prix, refusing to speak to the English speaking media amid reports the Maranello team is in crisis.

One rumor was sparked by Red Bull boss Christian Horner, who said he sensed Vettel might soon want to switch to Mercedes.

"Sebastian never said once that he doesn't like the atmosphere in Ferrari," Italian reporters quoted Arrivabene as saying in Budapest.

"On the contrary, he has said numerous times that he is very comfortable in the team.

"A couple of months ago, journalists began to ask Kimi the same question, and after him it was my turn, that (James) Allison would soon take my place.

"Now that we confirm the contract with Kimi the press is saying that Allison is leaving! You know what? Please, let us work in peace," he added.

Arrivabene denied that morale at Ferrari is low.

"That's not true," the Italian insisted. "This is a strong and united team. This supposedly low morale is all just stories to try to make us have low morale, but we never give up — never, never, never."

Although team boss Maurizio Arrivabene angrily denied the rumors when they first appeared some weeks ago, correspondent Luigi Perna now reports that there is truth to the rumblings from behind the scenes at Maranello.

It follows president Sergio Marchionne's missed pre-season target of early victories in 2016, even though Ferrari insists the world championship is still not lost.

But La Gazzetta claims that Marchionne, who is also the Fiat Chrysler CEO, has decided to take more control of Ferrari, including an active say on the main management decisions.

The report said a physical and figurative distance has grown in the relationship between Ferrari and its technical director Allison, particularly after the Briton tragically lost his wife to illness earlier this year.

Briton Allison has been traveling regularly between Maranello and the UK, where his grieving children live, sparking rumors he could return to Renault.

"The question is who will fill his place?" correspondent Perna wonders.

"The name of Ross Brawn is circulating, having been repeatedly associated with the Cavallino," he added, referring to Ferrari's former technical chief who is currently retired.

But Perna said: "In fact, Brawn recently declined offers to return to F1 and would not be willing for such a demanding role. Not to mention that F1 has changed in the several years he has been outside of the sport."

La Gazzetta said an internal promotion for someone like Simone Resta is more likely, or the poaching of James Key from Toro Rosso.

But the report suggested it is crucial that Ferrari gets its management in order, as while Sebastian Vettel is committed for 2017, the German is seeking certain assurances before signing another contract.

(GMM) This year's F1 'silly season' is not just about the drivers.

Italy's authoritative La Gazzetta dello Sport suggests that the Briton, who is Ferrari's highly rated technical director, is eyeing a return to his native Britain.

The 48-year-old took an extended break recently following the shock death of his wife. Allison's three children live in Britain, while the respected engineer travels between the UK and his factory-based role at Maranello.

La Gazzetta now claims that mainly due to his three grieving children, Allison could accept the advances of Renault and accept an offer to return to the Enstone team he left in 2013 when it was then known as Lotus.

Also recently linked with a potential move in the near future has been James Key, the highly-rated technical chief at Toro Rosso.

But he said: "I've got a contract with Toro Rosso for some time to come, and there's a lot of work to do still. So I'm not thinking about anything else at the moment."