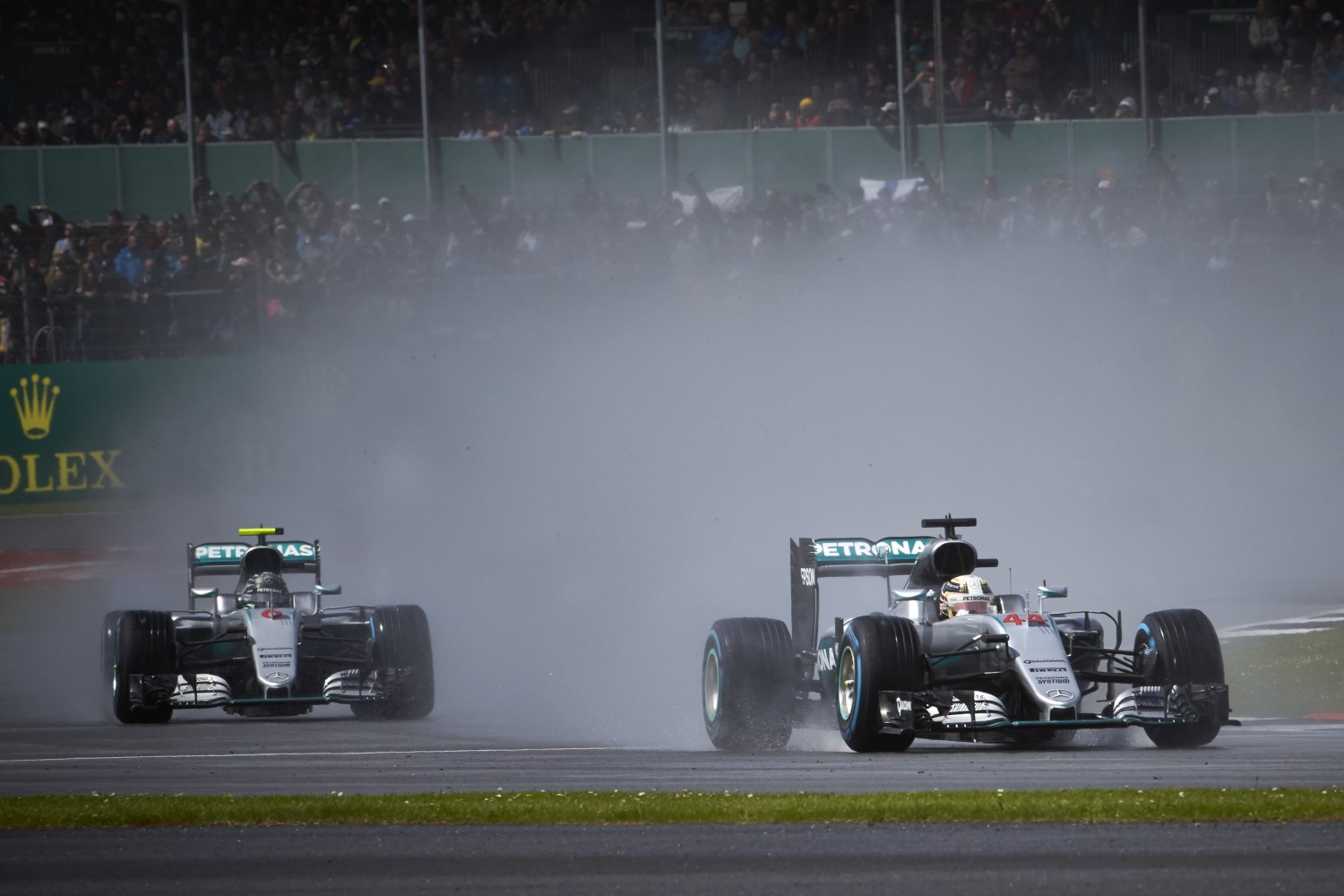 (GMM) Following a spate of recent criticism, F1 could revive the old concept of starting wet grands prix from the grid.

Although not an explicit rule, a normal standing-start now rarely occurs on a wet track, such as last time out at Silverstone for the British grand prix.

That rolling start attracted a lot of criticism so Germany's Auto Motor und Sport reports that a solution will be proposed next week at Hockenheim, ahead of the German grand prix.

It is claimed race director Charlie Whiting will meet with team bosses to discuss a way to ensure safety whilst not compromising the spectacle of a traditional standing start.

Auto Motor und Sport said the proposal is for the field to run behind the safety car on a wet track until the conditions are safe. Then, the cars would pull up to their original grid hatchings for a normal standing start.

The details of the proposal, such as whether the safety car laps count towards the race, will reportedly be discussed with Whiting in Hockenheim.