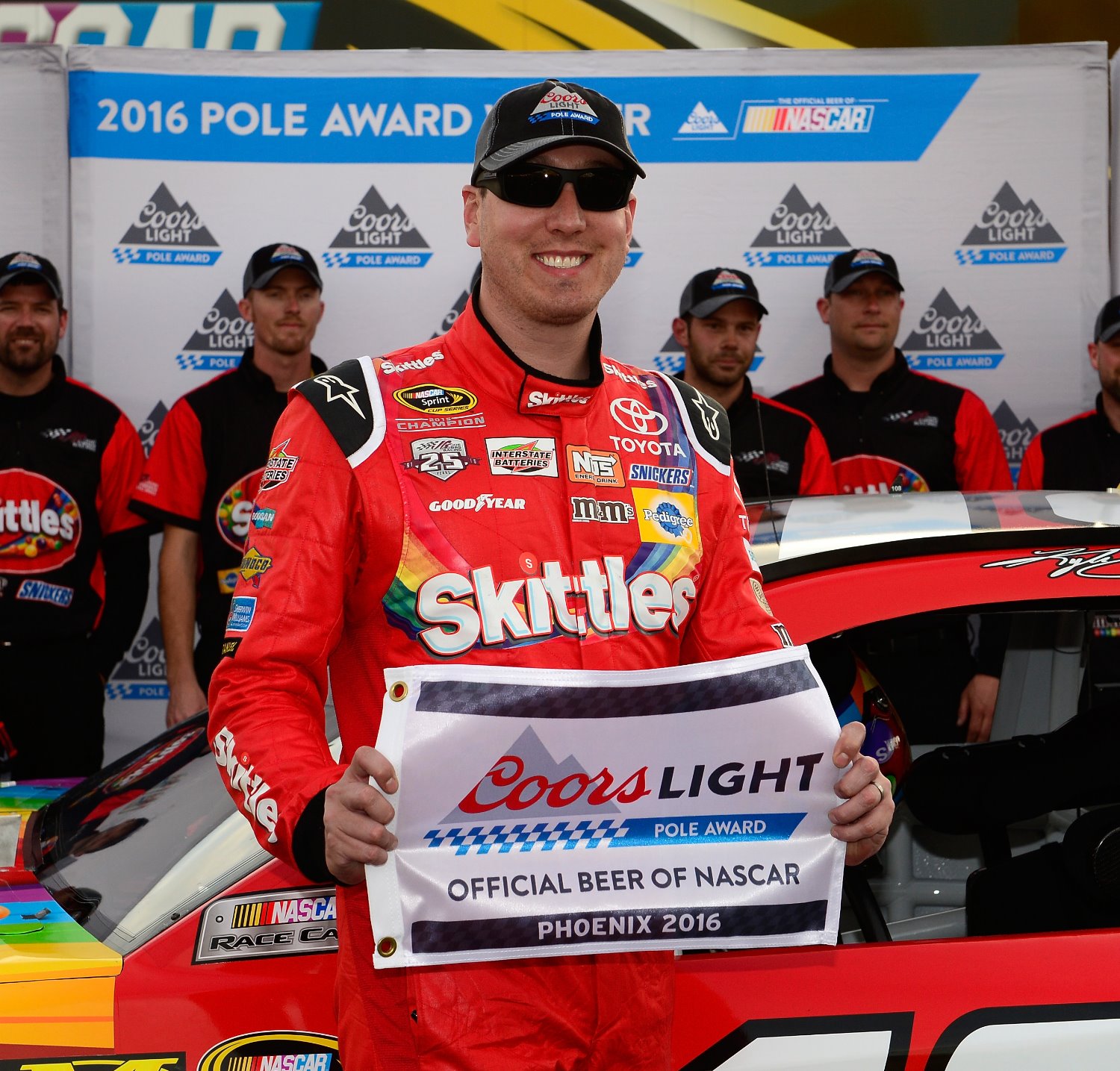 This is the Joe Gibbs Racing driver's first pole win of the season and his third at the Arizona track.

JGR locked up the top three starting spots when teammate Carl Edwards qualified second and will start next to the No. 18 Toyota on the front row on Sunday. Denny Hamlin qualified third.

Six-time Sprint Cup Series champion Jimmie Johnson drilled the wall in the closing seconds of the third round of qualifying, bringing out the second red flag of the session. Johnson had run a lap at 137.174 mph and qualified fifth.

Previous Phoenix winner Kasey Kahne brought out the first red flag in the opening round of qualifying after his No. 5 Hendrick Motorsports Chevrolet started smoking. Right before that happened, Ty Dillon got his No. 14 Chevrolet into the wall. Dillon is acting as interim driver for Tony Stewart this week as Stewart is still out due to injury. Neither Kahne nor Dillon advanced to the second round of qualifying.

The Sprint Cup Series returns to the track tomorrow for practice at 10:30 a.m. ET (FS1).