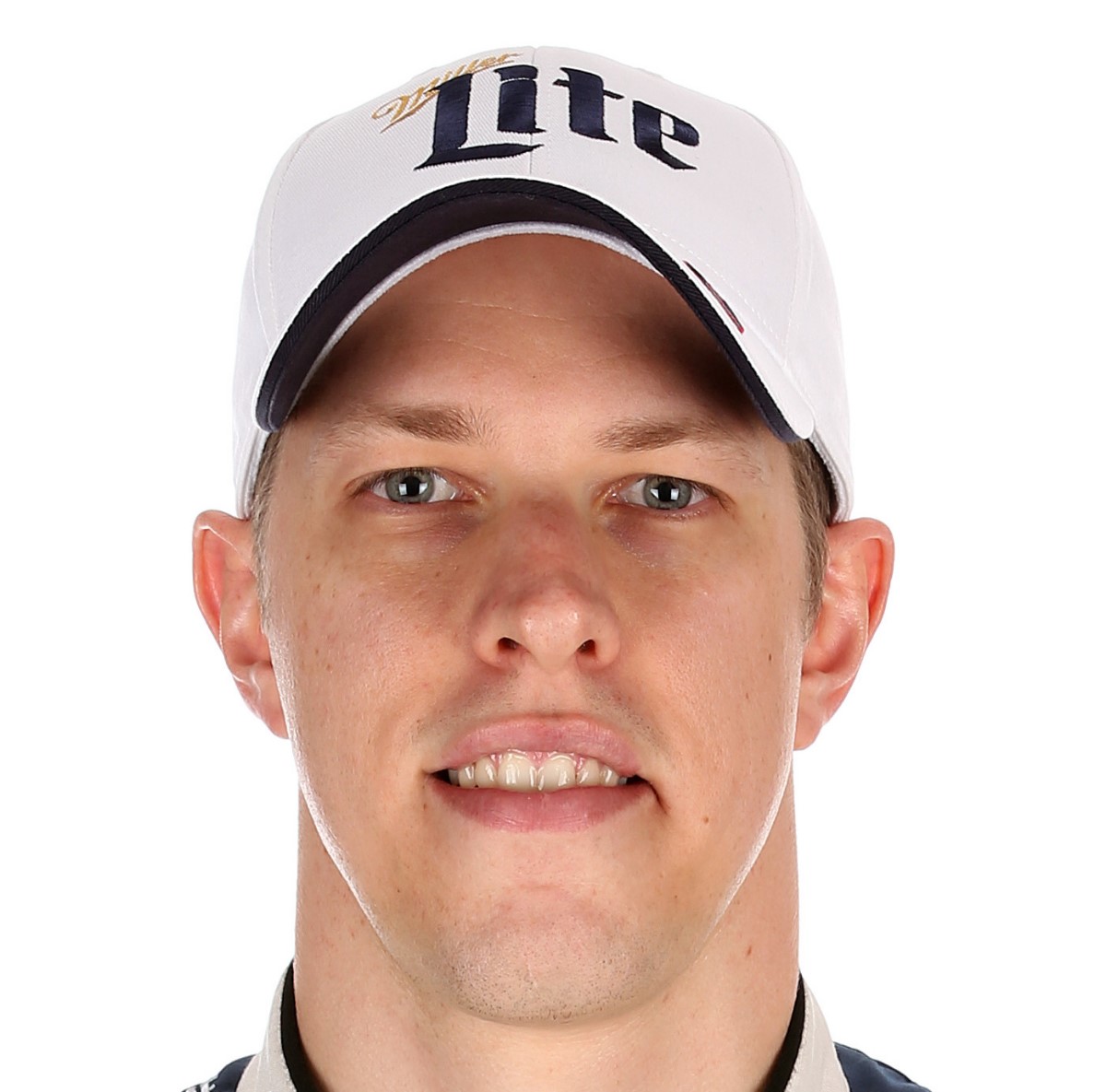 Rain delayed the start of the race, and high winds and a late-race dust storm made visibility a challenge, but the bizarre conditions left Keselowski undeterred. Nor did a pit road speeding penalty under caution on Lap 180 prove catastrophic, thanks to a series of astute pit calls by crew chief Paul Wolfe.

"This is really, really great," said Keselowski, who lauded the lower-downforce aerodynamic package in place for the 2016 season. "It seemed like there were plenty of challenges, whether it was pit road or the weather or cautions.

"They threw everything they had at us today but this Miller Lite Ford team was too strong, and we were able to fight them off and get to Victory Lane."

[adinserter name="GOOGLE AD"]Relative to the field, Keselowski picked up speed toward the end of a run with a car that was eminently maneuverable. Busch's car took off early but couldn't maintain its pace late in a fuel run.

The victory was Keselowski's second at Las Vegas and the 18th of his career, but it wouldn't have been possible if Wolfe hadn't elected to keep the No. 2 Ford on the track on Lap 217 when all but Keselowski, Logano and Dillon pitted for tires and fuel under the fifth caution of the race.

It took 38 laps, however, for the benefits of the strategy to become apparent — thanks to Busch's remarkable restart on Lap 224. From the sixth position, Busch powered his No. 18 Toyota to the outside of Johnson's Chevrolet, picked up huge momentum off the second corner, dived to the inside and shot past both Logano and Keselowski entering Turn 3.

One lap later, a multi-car wreck in Turn 1 ended strong runs by Matt Kenseth and rookie Chase Elliott, but the seven laps run under the resulting sixth and final caution enabled Keselowski, Logano and Dillon to stretch their fuel supplies to the end of the race.

Busch streaked away on the Lap 233 restart but developed a pronounced vibration in the right front of this car, and the chase group of Keselowski, Logano and Johnson closed in. Keselowski passed Logano for the second spot on Lap 259 of 267 and steaked past Busch three laps later.

"I tried to hold him off as long as I could, but he showed how fast he was getting by me and Kyle and checking out," Logano said after the 1-2 finish. "Congratulations to Team Penske. It's something to be very proud of for our team.

"We have a lot of second-place finishes already this year. I know we're only three races in, but I'm getting antsy. We have good speed in our cars — we'll be all right.

The call to stay out on Lap 217 proved decisive for the Penske Fords, but the decision to sacrifice track position for four tires on Lap 199 (when most others opted for right sides only), made the strategy possible.

"The way I look at it, if you're going to do two tires, you got to get that clean air," Wolfe said. "Otherwise, we'll take four all day long. It gives you opportunities at the end to do some different strategies to get that track position back.

"Obviously we knew when the caution fell there, we were still short on fuel. At that point it was worth the risk to take the gamble and hope for the cautions. Obviously, we got those and were able to get to Victory Lane."

Busch retained the top spot in the series standings and leads Johnson by six points and seventh-place finisher Kevin Harvick by seven. Logano is fourth, 12 points back.

Keselowski Quote: "This is really, really great. It seemed like there were plenty of challenges, whether it was pit road or the weather or cautions. They threw everything they had at us today but this Miller Lite Ford team was too strong and we were able to fight them off and get to victory lane. The new rules package today I thought was tremendous. I think you saw, because of the rules package, where the cars fell off a lot at the end of the run and you really had to drive them sideways. Took a lot of balance as a driver, a lot of precise footwork and accuracy with where you put your car, how you place it, which is exactly what we want. This shouldn't be easy. This is the Sprint Cup Series. These cars should be very hard to drive. At the end of the run they were a challenge. It's nice to be a part of that."

Logano Quote: "We had a good car. We led a lot of laps. Brad was just really good on the long run. He was able to beat me in the bottom of three and four and maintaining that turn and being able to drive up underneath guys. Congratulations to Brad and also for Team Penske getting a 1-2 finish. That is what we set out to do every week. I am proud of what we did. Gosh, we finished second so many times, Daytona and qualifying. You are so close and want it so bad but I am so proud of the Pennzoil boys here with everything they did all week. I know we are only three races in but I am getting antsy. We have good speed in our cars, we will be alright. We will go get them next week."