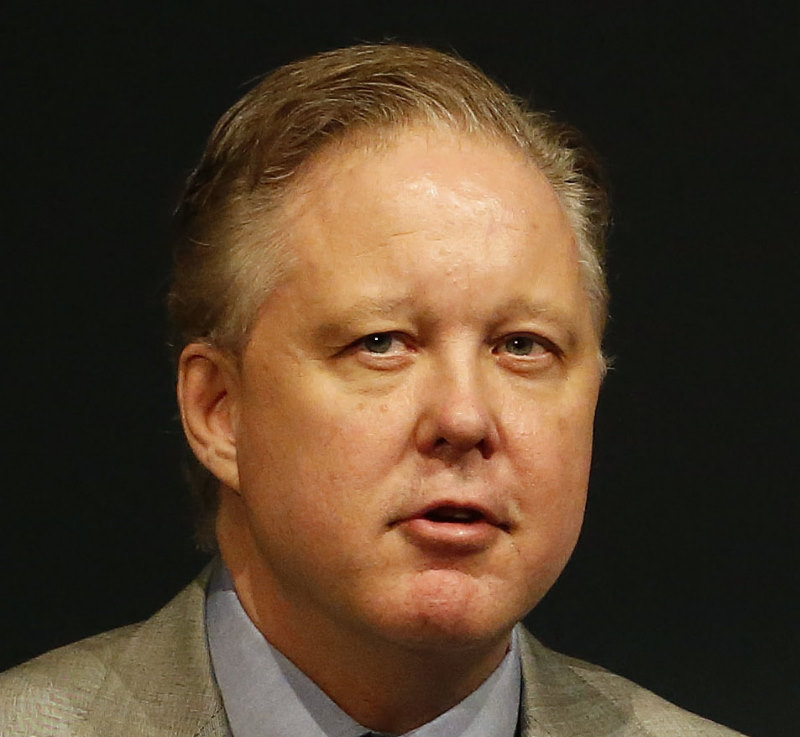 The new system will be offered initially to the top 36 teams competing in Sprint Cup, which will guarantee entry into every Sprint Cup race starting with the season-opening Daytona 500 on Feb. 21

The new nine-year agreement is designed to give team owners a more viable and financially stable business model and open up opportunities for new investors and business into the sport. The agreement also gives team owners a say in NASCAR’s governance.

"Today represents a landmark change to the business model of team ownership in NASCAR," France said. "The Charter agreements provide nine years of stability for NASCAR and the teams to focus on growth initiatives together with our track partners, auto manufacturers, drivers and sponsors. The Charters also are transferable, which will aid in the development of long-term enterprise value for Charter members.

“We have a model that fits the 21st century and I think will serve us well into the future."

[adinserter name="GOOGLE AD"]Under the new franchising system, Sprint Cup fields will be pared down from 43 cars to 40 cars, with the final four spots in the field being up for grabs to non-charter teams who can attempt to qualify to make it into the field each week.

The agreement calls for charters will be awarded based on full-time participation over the last three Sprint Cup seasons, and teams must maintain certain performance requirements in order to keep their charters. Charters can be sold or transferred among teams, but only once every five years.

Currently, three full-time teams do not have charters – the no. 19 of Joe Gibbs Racing driven by Carl Edwards; the no. 41 of Stewart-Haas Racing and driver Kurt Busch; and the no. 21 of Wood Brothers Racing, currently being driven by Ryan Blaney. Michael Waltrip Racing, which ceased operations following the 2015 season, was awarded two charters which will likely be sold to two of the three teams.

The establishment of a charter system has been the result of ongoing discussions between NASCAR and a group of owners known as the Racing Team Alliance, addressing key issues such as participation, governance and economics.

The RTA, spearheaded by current Chip Ganassi Racing co-owner Rob Kauffman, has been holding talks with NASCAR since last season regarding everything to cost-reductions for team owners, health insurance programs and reduced travel expenses for teams.

The new franchising system is being implemented to establish some equity for owners and provide some financial stability for the future- a key issue that had been one of the main goals of the RTA. It will also allow the teams more say into the way NASCAR conducts business in the future. To that end, owners will be involved in a new “Team Owners Council" that will have formal input into NASCAR’s decision-making process.

"The new Charter program strengthens each of our businesses individually and the team model as a whole, which is good for NASCAR, our fans, drivers, sponsors and the thousands of people who we employ," said Kauffman. "This will give us more stability and predictability, and it will allow us to take a more progressive, long-term approach to issues.

During last month’s annual media tour in Charlotte, NC, France said they hoped to have a plan in place before the start of the season. Today, several of the team owners present for the announcement said today was an historic day for the sport.

“To me, this is the second most important thing that's ever happened in NASCAR, because now the drivers and owners and stuff now can really work across the aisle," said seven-time NASCAR champion and team owner Richard Petty. “The owners, we don't understand how NASCAR works, okay? They don't know how the race teams work. So now we're going to be in the same room talking about the same problems and solving the problems together.

“From that standpoint, it's going to be one of the greatest things that's ever happened to NASCAR and Cup racing."

Kauffman and many of the other principals involved reiterated that today’s announcement was just the “first step in a process" with many details still to be worked out. NASCAR expects to make more announcements in the coming days leading up to the Daytona 500.

“It was a lot of work, but this is really just a foundation," said Kauffman. “I think what we've done here is now we've put the teams on a more stable footing. What does that mean? I think it really allows the teams to invest for the future.