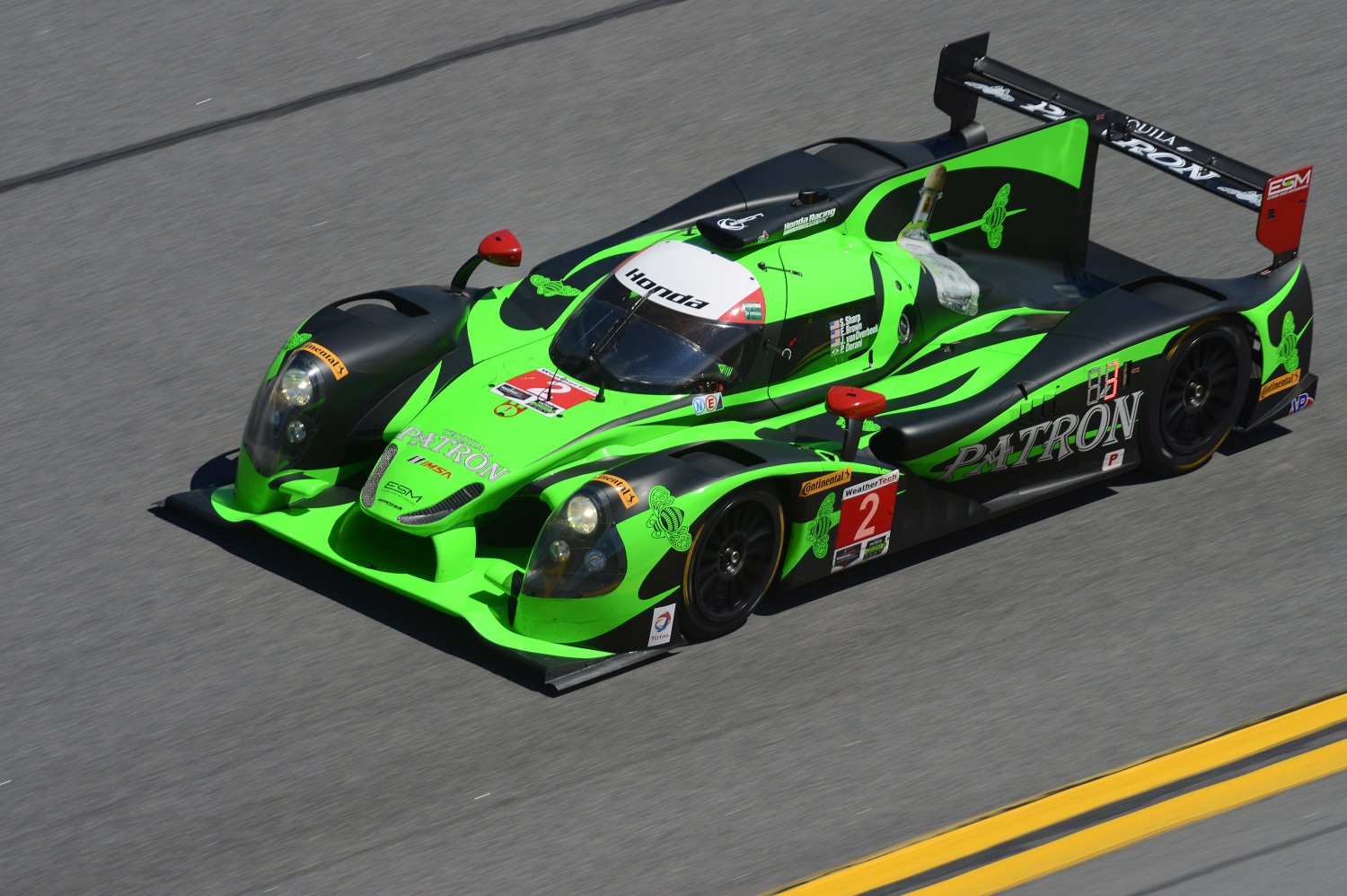 In what is typically a time of dryness and despair for motor racing fans, there was a bit of a respite this weekend in the form of an entertaining Rolex 24 at Daytona. While there were many enjoyable parts of the famous enduro, particularly the race to the finish in the GTLM class, for my money, the story of this weekend’s race was the breakout performance of Pipo Derani. The 22-year-old Brazilian was near flawless in his stints at the wheel of the No. 2 Tequila Patron ESM Honda Ligier, leading his team of co-drivers Ed Brown, Scott Sharp and Johannes van Overbeek to victory.

There have, of course, been other stories in the world of racing of late. And we’ll explore a few of those now, subject by subject.

There was a lot of excitement over the news Kevin Magnussen will drive for Renault this season in Formula One, having replaced the previously confirmed Pastor Maldonado. Maldonado, of course, was never exactly a fan favorite given his careless driving, less than warm demeanor, and the fact his ride was essentially bankrolled by the Venezuelan government. And many viewed Maldonado’s vast financial backing as prohibiting other more talented, more deserving drivers from breaking into F1.

As for talent, the 23-year-old Magnussen boasts plenty of that. However, his career appeared to have reached a dead-end late last year.

After running the 2014 season with McLaren, the Dane was demoted to reserve driver with the team’s signing of two-time world champion Fernando Alonso. Magnussen filled during last season's Australian Grand Prix as the Spaniard recovered from a bizarre pre-season accident, but otherwise saw no race action. Without anywhere to really go, McLaren and Magnussen went their separate ways after 2015. Then, with the financial backing Maldonado previously enjoyed being scaled back, a potential spot opened for the popular Dane.

Still, don’t for a second think that the Renault situation is not a triumph of talent over money. Essentially, it’s a case of settling for talent and perhaps some money in the absence of the money the team had hoped for.

Although it is not known to what extent Magnussen is being backed by investors, this much is clear: if Maldonado’s previous PDVSA funding were in place, he’d be driving for Renault. While its heartwarming to see a talented young driver such as Magnussen have his F1 career resuscitated, the issue of drivers paying their way into seats remains very real in the world of formula style racing. And while there are shades of gray that abound with the pay-driver matter, this being a good example, it’s fair to ask: is it really a sport if the athletes have to pay their way into the competition?

I wasn’t at INDYCAR Media Day but watching from afar thought INDYCAR/IMS did some nice things with the gathering at Indianapolis Motor Speedway. The update on Project 100 by Speedway President Doug Boles, an excellent public speaker, was informative and well presented. Also, after some well-noted contention last year Hulman & Co., CEO Mark Miles meeting the media with Honda boss Art St. Cyr, and both publicly reaffirming their commitment to one another and the sport was good PR.

Granted, I thought more could have been done to build interest in the upcoming season. For example, the storyline of team Ganassi once again edging Penske in the championship finale last season, could have been parlayed into a storyline in the continuation of the sport’s best rivalry for this coming year. An even better storyline would have been to delve into whether young stars Josef Newgarden and/or Graham Rahal can build on their breakout 2015 seasons and take the fight to the stalwart Penske and Ganassi squads. Or perhaps the local angle could have been played by exploring Noblesville, IN native Conor Daly’s prospects in his first full IndyCar season.

Call me crazy, but if I were doing series P.R. I would have opted for any of the above story lines in lieu of asking drivers about their use of social media. I likewise would have passed on asking Rahal and Marco Andretti the “what is it like to be a Rahal or Andretti?" question. For one, both drivers have already spent about a decade discussing the subject, and two, what are they going to say? It’s not as if they really had any choice in the matter.

Now, I agree the lineage narrative has its time and place, one example being the hard-luck Andretti record at Indy, something that has continued with Marco. But the general way in which it was framed just led to non-answers from Andretti and Rahal. And in all honesty, although I think we already know the answer in one case, a more substantive question would have been to ask whether they prefer blondes or brunettes.

My biggest take away from INDYCAR media day is that for a series that has made such an effort in recent years to avoid the large shadow of the National Football League, you’d think they would avoid having their media day on Super Bowl Media Day?

Now, don’t for a minute think I’m suggesting a different day would have resulted in some avalanche of broader coverage. Nor do I know all the factors that went into the decision to have media day yesterday. I’m merely saying it would probably be wise to avoid a day when the “mainstream sports media" you are trying so desperately to earn the attention of is conducting one of its biggest events of the year, some 2500 miles away.

One story for this coming May will surely be filling the 33-car field in advance of the 100th Indianapolis 500 presented by PennGrade Motor Oil (boy, doesn’t that just roll off the tongue)). Currently, my math shows 27 confirmed entries with Buddy Lazier and Pippa Mann also suspected, bringing the count to what we’ll call for now, a soft 29 entries.

Speaking to AR1’s Lucille Dust yesterday, Miles noted that there would be more than 33. Although he didn’t say exactly how many, 34-35 entries is probably a reasonable estimate. And while Miles didn’t say this, it’s a more than poorly kept secret that the Speedway often bankrolls some of the last entries to help get the count to 33.

While they will surely do the same this year, I hope the Speedway reconsiders this amateur practice after 2016. If there happen to be available funds to bankroll extra cars, roll that money into the purse, series prize money, promotion, facility upgrades, whatever. Yes, a few ornery traditionalists will decry the lack of 33 cars. But at the end of the day, those are just loud yelps from a disenfranchised few.

Now, don’t get me wrong. I want to see 33 cars in the world’s greatest race and there should still be 33 spots available. I just don’t see the need to squander precious company resources on assuring it. And it would be much wiser to spend that money in a way that this silly annual ritual of scrambling to fill the field with a few patchwork entries becomes a thing of the past.

Something to Keep an Eye on…

I’m going to assume you are already somewhat familiar with Colton Herta, son of IndyCar team owner Bryan Herta. The 15-year-old has impressed in numerous junior categories. Last year, he contested the MSA Formula Series finishing third in the championship, winning 4 races. Herta will pilot the #98 Carlin entry in BRDC Formula 4 this season.

While Herta has shown himself well, he is expected to have some formidable competition for top American in the series in the form of New Jersey native Quinlan Lall.

Back in the fall, AR1 got word from Europe that the 16-year-old, who previously competed in Formula 2000 stateside, had impressed some European junior teams in testing. In recent weeks, Lall tested at Jerez and inked a deal to drive the #2 Chris Dittman Racing entry in BRDC Formula 4 this season. And his team owner has high expectations.

“We have a strong testing package lined up before the first race meeting and I have no doubts with his talent and our support, that he will be a serious championship contender," said Dittman.

Lall is testing at Brands Hatch today, with scheduled tests at Snetterton and Rockingham upcoming. With he and Herta in the same championship, American fans will have a junior formula racing rivalry overseas to keep an eye on in 2016.