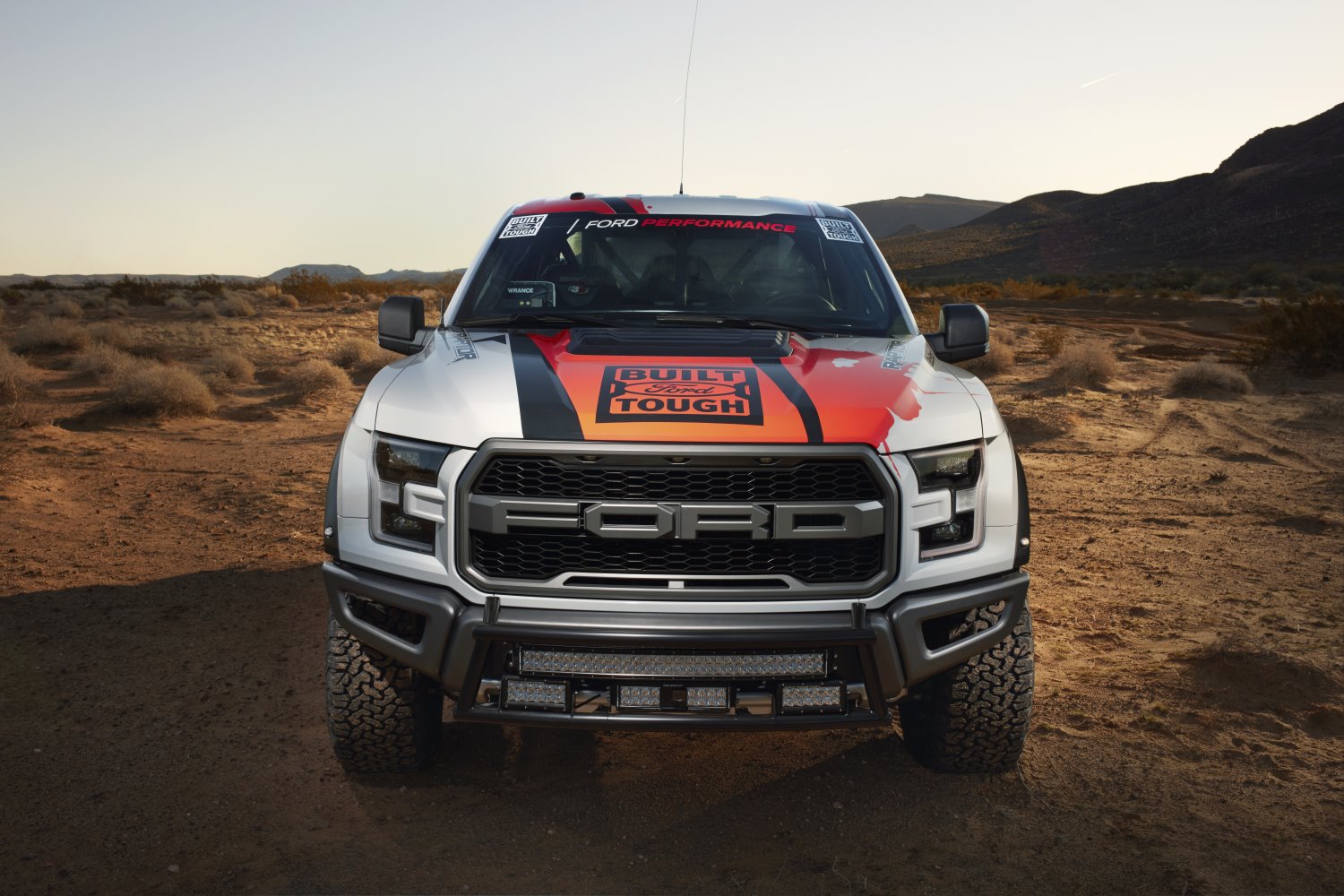 There’s a roar in the desert – spitting sand and kicking up rocks. It’s the sound of the all-new 2017 Ford F-150 Raptor, running in the 2016 Best in the Desert off-road racing series’ new factory stock class.

“The all-new Raptor has the DNA of a Baja race truck, with a purpose-built engine, chassis and suspension that enables it to travel fast over challenging desert landscapes or crawl over rocky terrain," said Jamal Hameedi, chief engineer, Ford Performance.

Putting the all-new Raptor through this grueling stretch of races will help demonstrate how a truck born in the desert is even more prepared to take on the very toughest of terrain.

Ford Performance is a premier automotive sponsor of off-road racing in the United States, and the company has a long history in motorsports. Shelby GT350R-C Mustang and Ford GT compete in IMSA, with the supercar also running in World Endurance Championship international sports cars. Focus races in Rallycross, Fiesta runs in the World Rally Championship and touring cars, while Fusion, Mustang and F-Series appear in NASCAR and Mustang CobraJet competes in NHRA sportsman drag racing.

Production foundation
The purpose-built fully boxed frame of the all-new Raptor — the backbone of the truck — features more high-strength steel than the outgoing Raptor.

The all-new race truck leverages the built-in capability and features of the production Raptor, including:

[adinserter name="GOOGLE AD"]“This is the most stock truck I’ve ever seen in my time building Ford race trucks," said Greg Foutz, owner of Foutz Motorsports, Ford’s truck builder and primary race truck driver. “Without custom technology or other modifications, this all-new Raptor is ready to prove the toughness and performance in the Best in the Desert series."

Modifications to the F-150 Raptor race truck include:

The new factory stock class is the most production-specification class in the history of Best in the Desert. Joining Foutz in the truck is Tim Casey — both are multiple stock full-class desert racing champions.

“The technology and innovation built into this truck should help it surpass the competition," said Foutz.

Technology to race smarter
F-150 Raptor is powered by Ford’s second-generation high-output 3.5-liter EcoBoost engine that produces more power with greater efficiency than the outgoing 6.2-liter V8, rated at 411 horsepower and 434 lb.-ft. of torque. The new 3.5-liter EcoBoost is a Raptor-exclusive in the F-150 lineup, and paired with an all-new 10-speed transmission for improved efficiency.

A new transfer case, which manages power distribution between the front and rear wheels, combines the best attributes of clutch-driven, on-demand all-wheel drive with durable, mechanical-locking four-wheel drive to send power to the wheels in slippery conditions.

Dates and locations to catch F-150 Raptor racing events this year are as follows:

For more information on the Raptor race truck, visit www.ford.com/trucks/f150raptor.