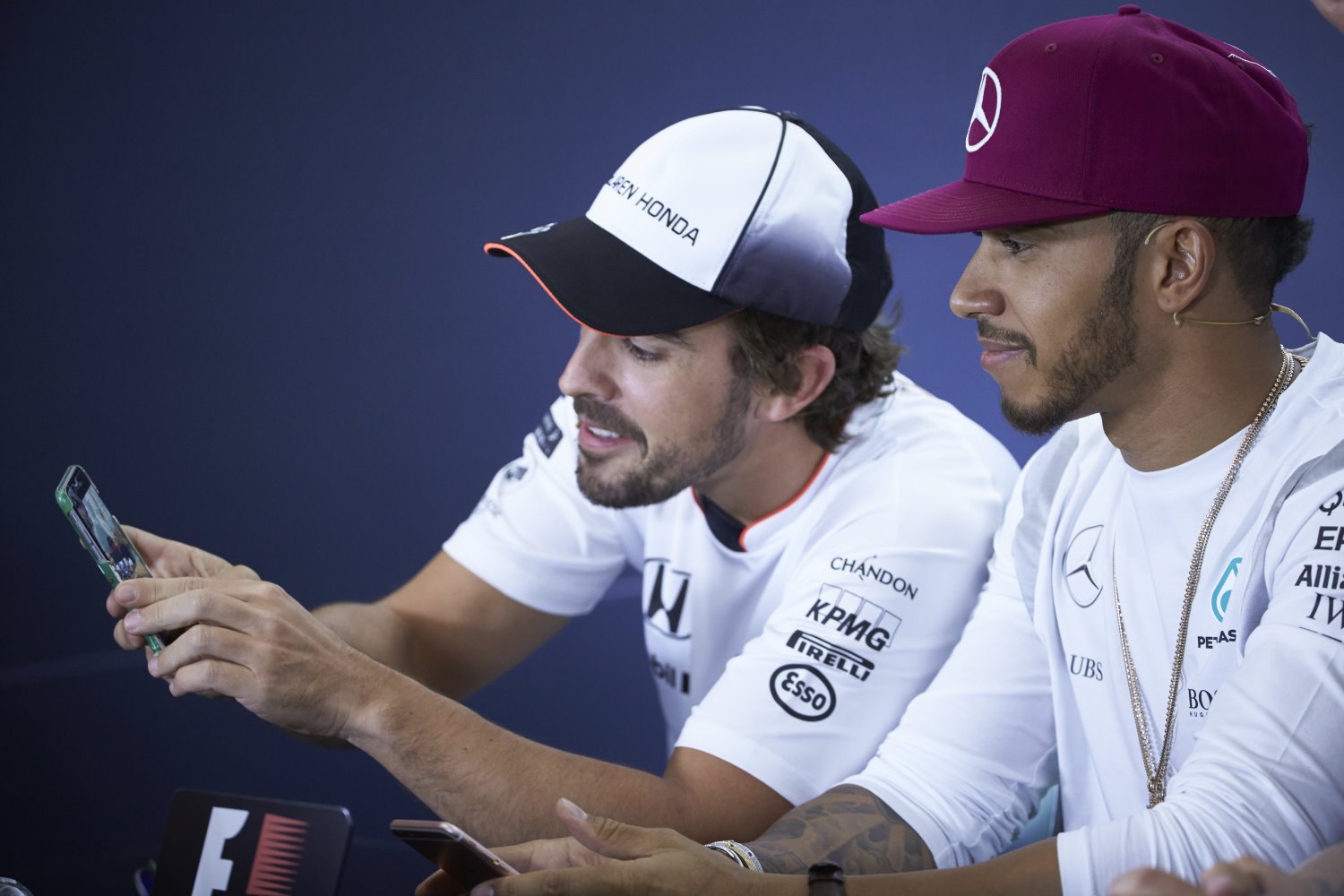 As Lewis Hamilton and Nico Rosberg continue their feud, one of the Mercedes GP drivers could lose their place in the team to Fernando Alonso.

Hamilton and Rosberg’s in-house rivalry could soon be a thing of the past for Mercedes judging by their views on Alonso at the British GP.

The Spaniard started the race ninth and was running behind Williams’ Felipe Massa in 10th when he lost control and ran through the gravel, making light contact with the barriers.

Alonso was able to recover to the circuit but dropped down the order following the incident, and eventually finished the race in 13th position.

Mid-race, Mercedes hailed the Alonso’s composure in a beaming message on their official Twitter feed after he avoided the car colliding with a wall.

Mercedes boss Toto Wolff has publicly warned the pair that they risk suspension if the recent collisions caused at the Spanish and Austrian races were to be repeated.

That friction may soon open the door for Alonso, who was the second-fastest lap at Silverstone behind Rosberg, to succeed one of the feuding drivers. (Above report originally posted on Marca.com by Richard Buxton.)

Last month Wolff revealed Fernando Alonso could be an option for the team if they are unable to negotiate a new deal with Nico Rosberg.

Rosberg is reportedly out of contract at the end of the 2016 Formula One season after having signed a “multi-year" extension in 2014.

Wolff said it was a “priority" to tie championship-leader Rosberg to a new deal, but admitted they will consider Alonso should the German driver decide to leave.

“Fernando is one of the best drivers in history and I like his character, but our priority now is Nico," Wolff told El Mundo.

“If [Rosberg] does not want to renew, then we will consider other options, like Fernando.

“[Alonso’s] age is not a problem – his speed and his motivation are still there."

Wolff also revealed Alonso held talks about joining Mercedes two years ago before the Spaniard signed with McLaren after five years at Ferrari.

“Fernando explored his options and one of them was Mercedes," he added.

“He spoke to us, but we could not negotiate as we promised Lewis [Hamilton] that while we tried to renew his deal we would not talk with other drivers and we did not." GPToday