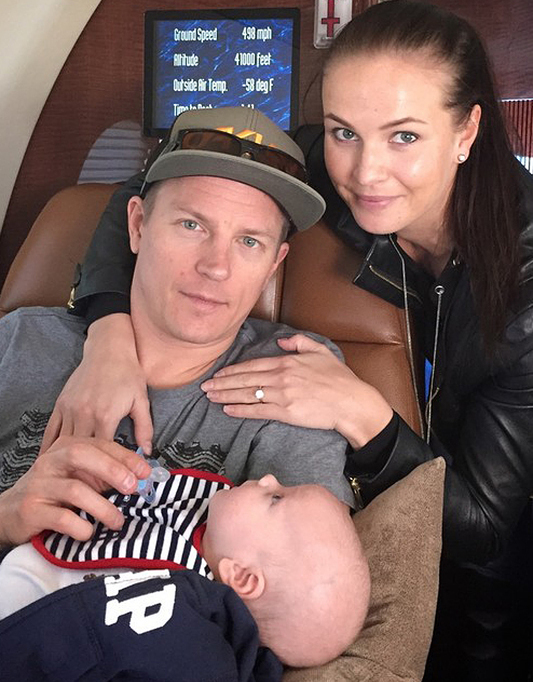 (GMM) Kimi Raikkonen appears to have set a wedding date.

Last December, we reported that the Finn looked ready to get married for the second time, having already had a child with his new partner Minttu.

"Next summer I am allowed to call him my husband," Minttu wrote in a blog at the time.

Now, reports in Italy and Spain suggest the very private wedding, with not even his friend and Ferrari teammate Sebastian Vettel invited, could take place on August 5, in Siena, Italy.

An August wedding would make sense for the 36-year-old, given it coincides with F1's long summer break between the German and Belgian grands prix.