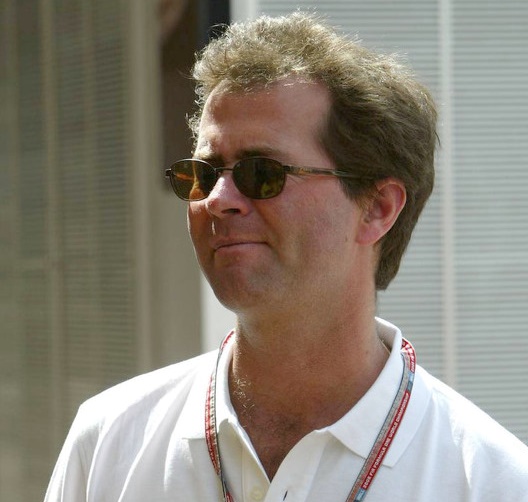 Another great day of racing at Elkhart Lake's 4-mile Road America road course Cathedral. A big crowd is expected here this weekend. Initially it was reported that 100,000 were expected over the 3-day weekend, but now we are hearing reports of bigger numbers. The drivers to a person, said they are extremely happy to be back here. They absolutely love this track.

Word in the paddock is that Trevor Carlin is eyeing 2017 as a possible good year to move his team up to IndyCar. With the rumor of the series locking down the aero kits for all cars in 2017, next year is viewed as a good time to move up because everyone will be on a level playing field. We hear if they can get enough sponsorship, they are looking at a 2-car IndyCar team while still running their Indy Lights team. Realize that worldwide Carlin Motorsports has about 20 cars running in various series both here and in Europe. They are a major operation.

Speaking of 2017, we hear that IndyCar definitely wants to add their version of an aeroscreen to the 2017 car as part of a new standard aero kit for all cars. One issue with the aeroscreen we hear is the turbulence it creates.

Maybe you have noticed that Motorsport.com has made a major bump up in worldwide motorsports coverage. Rumor in the paddock is that a very wealthy Russian tried to buy Haymarket Publications, which owns among other things, Autosport, but was turned away. We are told he said "fine, have it your way" and has now put millions behind Motorsport.com in an effort to eventually take over control of the motorsports media market from Haymarket.

Brexit is going to possibly have a major impact on the IndyCar ladder series. With the British Pound and Euro undergoing major devaluations because of Brexit, the cost for European drivers to come and race in the USA just got a whole lot more expensive.

Indianapolis brothers David and Jonathan Byrd have constructed a unique format for their “challenge." Supporters of Bryan Clauson in the Indy 500 and Conor Daly in the No. 18 Dale Coyne car, the Byrd Brothers recognize the talent it takes to compete at the highest levels in motorsports and know that succeeding and winning in the USAC National Midget ranks, especially on the larger midget tracks, can translate to success at Indy.

This is a tremendous opportunity for grassroots midget racers to someday race in IndyCar. The Byrd family has long been a supporter of America’s grassroots motorsports and this challenge will mark a new avenue for midget racers who aspire to compete at the Indianapolis Motor Speedway.

Rumor has it that Sebastian Saavedra, Luca Filippi and Gabby Chaves will split the remaining races in the Dale Coyne Racing No. 19.