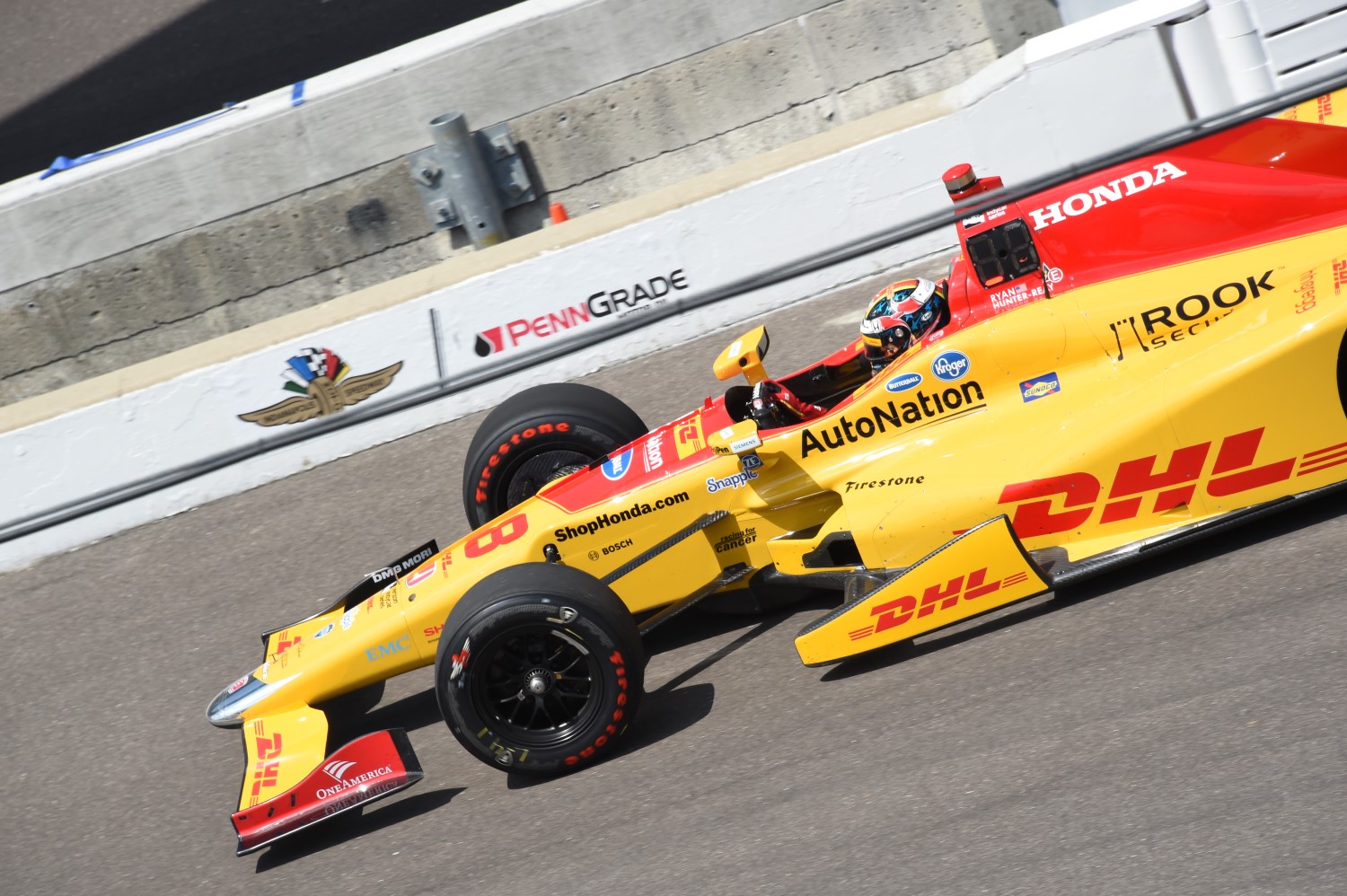 "I'm just waiting for them to turn the wick up. I'm not sure when that's coming," Ryan Hunter-Reay said
.
"Will (Power) and I are always giving each other jabs, but yeah, I fully expect things to come a little bit more into the norm by the time we get to Friday. You know, some of those Chevys out there look really good in traffic. We felt good, so we'll see. It's early days still. I know better than to start thinking that I have a shot yet."

"The tow is worth about six miles an hour, so it's not really representative," Power said of his 3rd quick 227.77s mph lap.

"I think the cars are a little slower this year for sure, and the Hondas look strong, very strong. We wish that we didn't use the domed skids and we had the strakes now."

When Motorsport.com asked Power if he thinks Chevy can bridge this apparent gap to Honda, he said the following: "It's really hard to tell right now. Like Honda, they're fast. They're there. You know, we'll see as it progresses here. You know, obviously the cars have a little bit of a different aero configuration, but yeah, it's going to be interesting.

"I think it's not going to be like last year, the advantage we had, if any at all."

But Hunter-Reay still has trouble buying it…

"I'll put money on (them being a factor this weekend). I will. Once the boost gets turned up, everything changes. You have different torque curves in these engines, different — where some are better in other areas, and it'll be all over the place. Come Friday, yes, absolutely expect Ganassi, Penske, Carpenter, these guys all to be up in the mix. Hopefully we're still in the mix!

The Honda’s, so far, have been more competitive than we thought they would be. However, Chevy is lobbying IndyCar to mandate that Honda take the aerodynamic ‘strakes’ off the Hondas and, therefore, may be ‘sandbagging’ to make it appear the Hondas are more robust compared to the Chevys than they actually are.