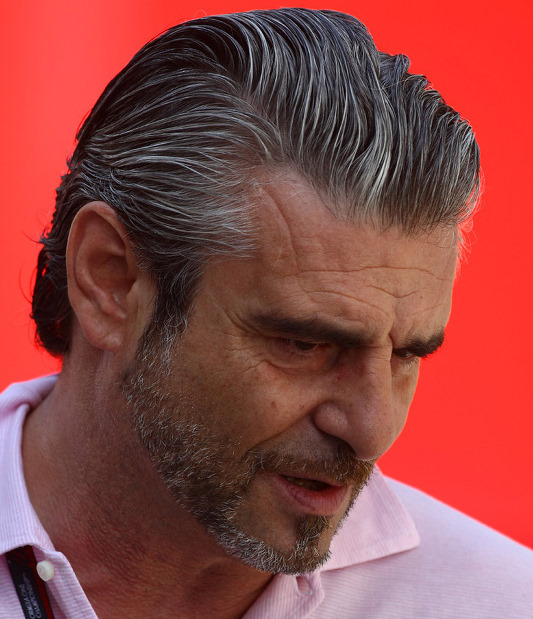 Before the Ferrari and Fiat president high-profile arrival in Barcelona, rumors that mounting pressure at the Maranello team could result in Arrivabene's forced departure were building.

"No, these rumors are rubbish," he told Italian media before the Spanish grand prix.

"The work he is doing is extraordinary. The truth is that in a very competitive industry as this, it would create other problems rather than help.

"The team is completely transformed compared to the past so let us work," Marchionne added.

Pointed out, however, that it was he who piled the pressure on Ferrari by demanding victories, Marchionne said: "It's my role to stimulate the team and ask for victory.

"The pilots? I just spoke to Vettel and Raikkonen and they were very surprised by what happened in qualifying yesterday.

"But they are two of the very best in the world and they enjoy my confidence. We are only at the fifth race.

"A similar thing with the tires (temperature) also happened with Mercedes last year in Singapore, so let's see what we can do in the race," he added, referring to Ferrari's third-row start positions.

"We have four drivers ahead of us and all of them are very good. We'll see.

"We are where we are, so let's wait and we will try to move forward and achieve many successes. Are Mercedes too strong? I don't know, let's see."

Italy's Autosprint had suggested moves are afoot to replace the Italian with James Allison, with Aldo Costa then returning from Mercedes to fill Allison's spot as technical chief.

Lannister is reportedly a Game of Thrones character.

Less amused by the rumors, however, was lead Ferrari driver Sebastian Vettel.

"I heard there was some b——- said (reported) lately but I am very happy he is with us and not some other team," the German said in Barcelona.

Teammate Kimi Raikkonen agreed: "I think he is exactly the right guy for the job. He's the best team boss I have ever had."

05/10/16 (GMM) Wild speculation in Italy suggests Ferrari could be set for yet another change at the top of the fabled Maranello team.

"Ferrari has made some important steps forward," Todt, now the FIA president, said at the weekend.

"Now they have to win races which is not easy when you face a very professional team (Mercedes) that does a fantastic job."

Autosprint, an authoritative Italian media source, reports that after Arrivabene failed to deliver a win in the opening four races of 2016, president Sergio Marchionne is now eyeing another change.

The report said Arrivabene could be ousted and replaced by British technical boss James Allison.

It goes on to suggest that, to fill Allison's current position, Ferrari could re-hire Aldo Costa, its former designer who is now working with roaring success at dominant champions Mercedes.

Autosprint even said an agreement between Ferrari and Mercedes could be reached so that Costa does not need to serve the customary 'gardening leave'.

The German-language Speed Week said Ferrari and Mercedes did not comment.