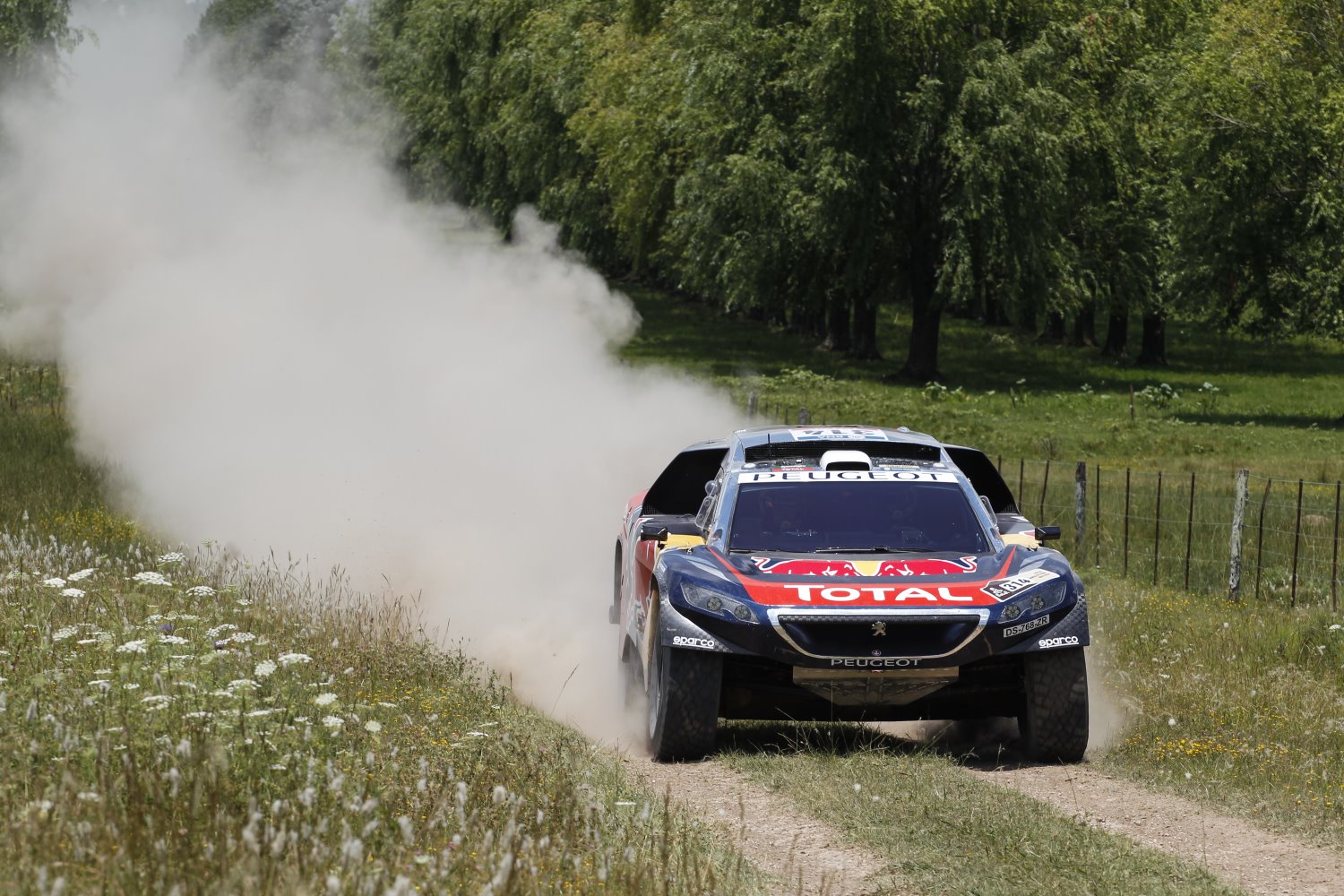 The countdown has finally begun. Having arrived in the Argentine capital of Buenos Aires at the start of the week, all 95 members of Team Peugeot Total are already in maximum attack mode.

Fresh from the airplane that carried the cars across from France, the crews undertook a short final shakedown test at the Arawak test center, northwest of Buenos Aires. All four crews each tested their cars, finally armed with competition numbers on the doors. Stephane Peterhansel/Jean-Paul Cottret (no. 302 / yellow air intake), Carlos Sainz/Lucas Cruz (no. 303 / blue), Sebastien Loeb/Daniel Elena (no. 314 / white) and Cyril Despres/David Castera (no. 321 / red) all had the chance to make any final tweaks to the set-up of their Peugeot 2008 DKRs.

The crews still have plenty of work ahead of them before the first stage gets underway on Sunday. On Friday 1 January at 10:30, they will have to appear at technical and administrative scrutineering at the Tecnopolis in Buenos Aires: an essential formality that will finally give them the official green light to start the rally.

From then on, there will be no rest for the V6 turbo diesel engines fitted to the four 2008 DKR16s. Following a ceremonial start on Saturday 2 January, the crews will contest an 11-kilometer prologue stage. More than just a warm-up, this stage counts towards the overall classification and it will also crucially determine the starting order for the first proper stage on Sunday 3 January between Rosario and Villa Carlos Paz. Then, the 38th Dakar will at last be well and truly underway.

"There was already a nice atmosphere in the team last year but it's even more cohesive this year. Everyone knows that we have good potential and a great team. Of course we're still all a bit nervous at the moment but the feeling is a lot better than it was at this time last year, when we had to cancel shakedown due to the weather conditions. This time, the final shakedown session today enabled us to feel confident with the car, so we'll start the rally feeling a bit more serene even though the rally route is not the one that we were originally expecting."

"Everything is going well so far. We're all just waiting for the first real day of competition. We have taken on board all the lessons we learned last time and the car is much better. This guarantees nothing in terms of a result, but it goes to show that we are better prepared. Reliability is crucial on the Dakar, so we will see now where we are with that. Testing has gone well but we have to be careful, particularly because the early part of the route is not ideally suited to a two-wheel drive car such as our 2008 DKR."

"It's my first Dakar so I obviously can't say that I'm feeling particularly confident though. I'm very well aware that both myself and Daniel are starting with zero experience of this event. It's not going to be easy, but we're here above all to learn. And I'm trying not to put too much pressure on myself because of that. We're just going to take everything as it comes without trying to force things, and we'll see how that works out for us. But it's really fun to do something brand new to me like this. You start from scratch again. I've got a nice feeling with the car and I'm eager to find out what it's going to be like doing stages that are 500 kilometers long and days where you drive for 1000 kilometers, in the heat and everything that comes with it. I can't wait to discover all of that for myself now."

"I feel really calm: a far cry from what it used to be like when I had the number 1 to defend on my motorbike! The shakedown test went really well. It was very important, as the prologue on Saturday is going to be crucial for us. This determines the start order: I ended up eating so much dust by starting well down the order on my four-wheel debut last year that I'm really not keen on experiencing that all over again! I find the new 2008 DKR really easy to drive. It's going to be my first rally in the car, and I just want to get some kilometers behind me."