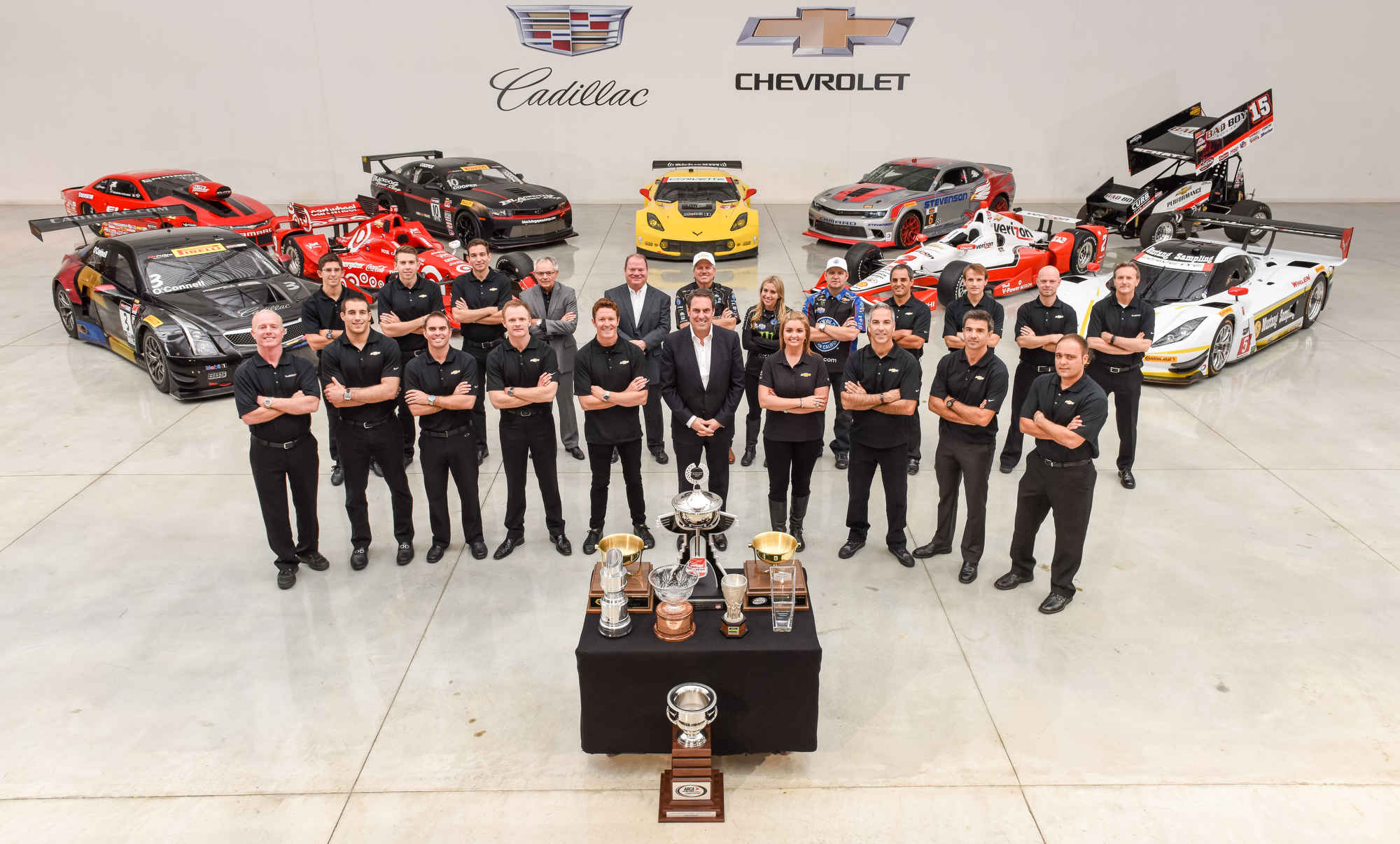 In addition, Chevrolet drivers won several noteworthy races in 2015, including the Indianapolis 500, IndyCar Dual in Detroit, NHRA U.S. Nationals, the 24 Hours of Le Mans, Rolex 24 Hours at Daytona, and the manufacturer’s first overall victory in 50 years at the 12 Hours of Sebring.

"Winning championships and key races are two goals we have every season," said Jim Campbell, Chevrolet U.S. vice president of Performance Vehicles and Motorsports. "What we learn on the race track helps us build better vehicles and powertrains for the showroom. Winning races and championships helps elevate brand opinion and image. Consumers are more likely to place our cars and trucks on their shopping list."

In addition, Donny Schatz, driver of the Chevrolet Performance-sponsored No. 15 World of Outlaws entry, won 31 A-Main races and the series driver championship for the seventh time in his career.

"We're proud of the Chevrolet drivers, teams and crews that delivered wins and championships that made 2015 another successful race season," Campbell said.