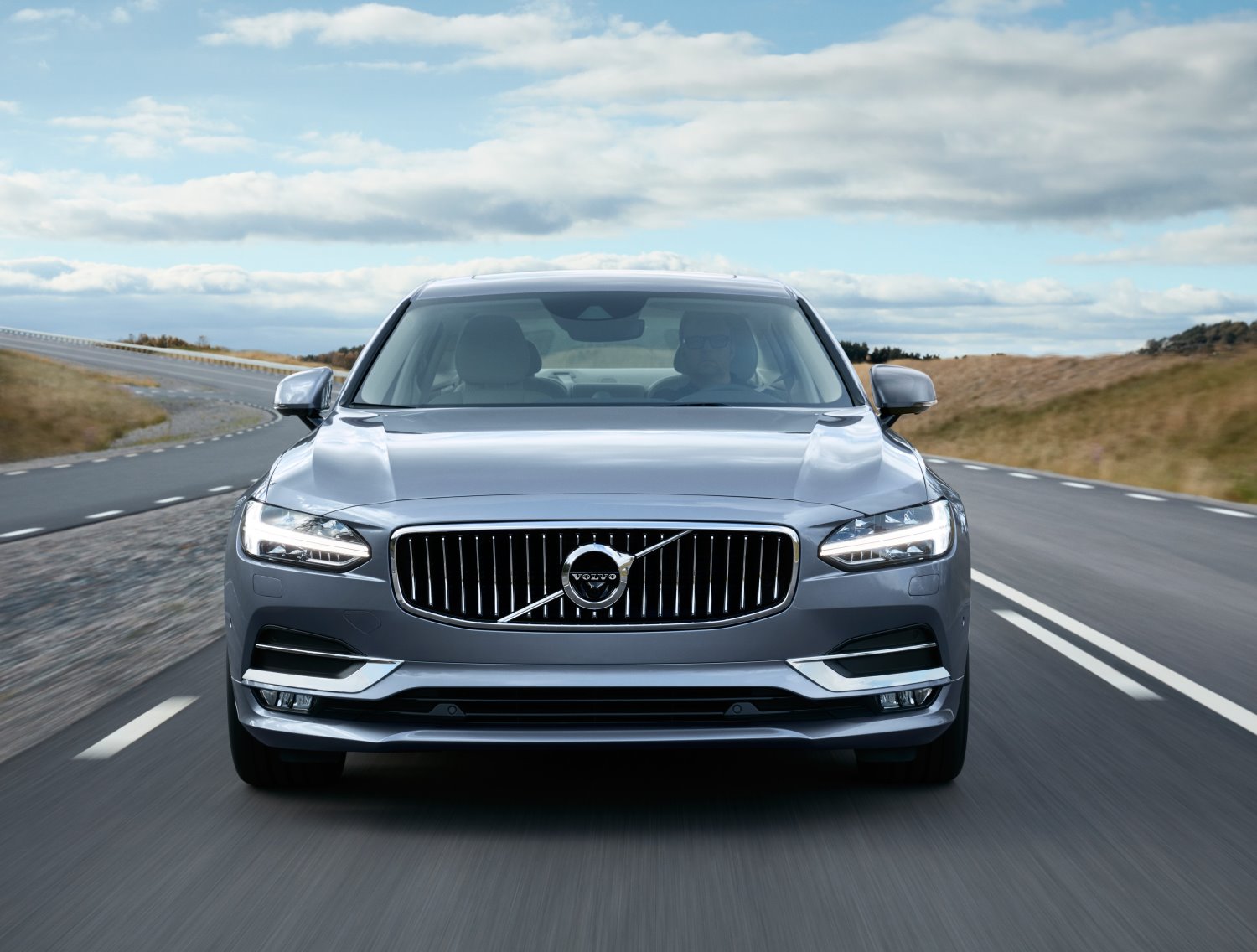 "With $11 USD billion of investment over the past five years we have not only reimagined what Volvo Cars can be – we are now delivering on our promise of a resurgent and relevant Volvo Cars brand," said Hakan Samuelsson, President & CEO, Volvo Car Group.

The Volvo S90 will combine Scandinavian design with cutting-edge safety and cloud-based applications and services. The interior makes use of the Sensus Connect touchscreen that debuted in the XC90, providing a clutter-free interior with minimal dashboard buttons.

"Our idea was to bring something entirely new to this rather conservative segment and deliver a visual expression that exudes leadership and confidence on the exterior. On the inside we have taken the S90 to the next level, delivering a high-end luxury experience that promises comfort and control," said Thomas Ingenlath, Senior Vice President Design at Volvo Car Group.

The Volvo S90 introduces another step toward Volvo’s Vision 2020, which states that no one should be killed or seriously injured in a new Volvo by the year 2020, through world first safety technologies and highly advanced semi-autonomous features.

Harnessing the benefits of economies of scale, Volvo has built the S90 on the same modular Scalable Platform Architecture as the second-generation XC90. The U.S. spec models will be offered with two gasoline-burning four-cylinder engines called T5 and T6, respectively, and a gasoline-electric plug-in hybrid drivetrain known as T8. The 407-hp hybrid drivetrain sends the S90 from zero to 62 mph in 5.2 seconds, and it provides it with an all-electric range of over 30 miles.

"The S90 has taken a big step forward in terms of driving dynamics, performance and ride. We have completely redesigned the Volvo driving experience from the ground up to deliver a sense of precision, engaging control and comfort," said Dr. Peter Mertens, Senior Vice President, Research & Development at Volvo Car Group.

The S90 will follow a legacy of strong sedan sales for Volvo Cars in the United States. Over the last several years, Volvo sedans have enjoyed significant demand at launch, with the last luxury sedan outselling robust competitors in its segment. Volvo Cars has seen an 18% growth in US car sales so far in 2015. The all-new 2016 XC90 has received strong demand from American drivers along with the XC60, which has enjoyed 31% growth in US sales.

"The S90 is a terrific addition to the Volvo Cars lineup in the United States," said Lex Kerssemakers, President and CEO of Volvo Cars of North America, "it will continue the terrific sales momentum Volvo Cars has gained within the last year."