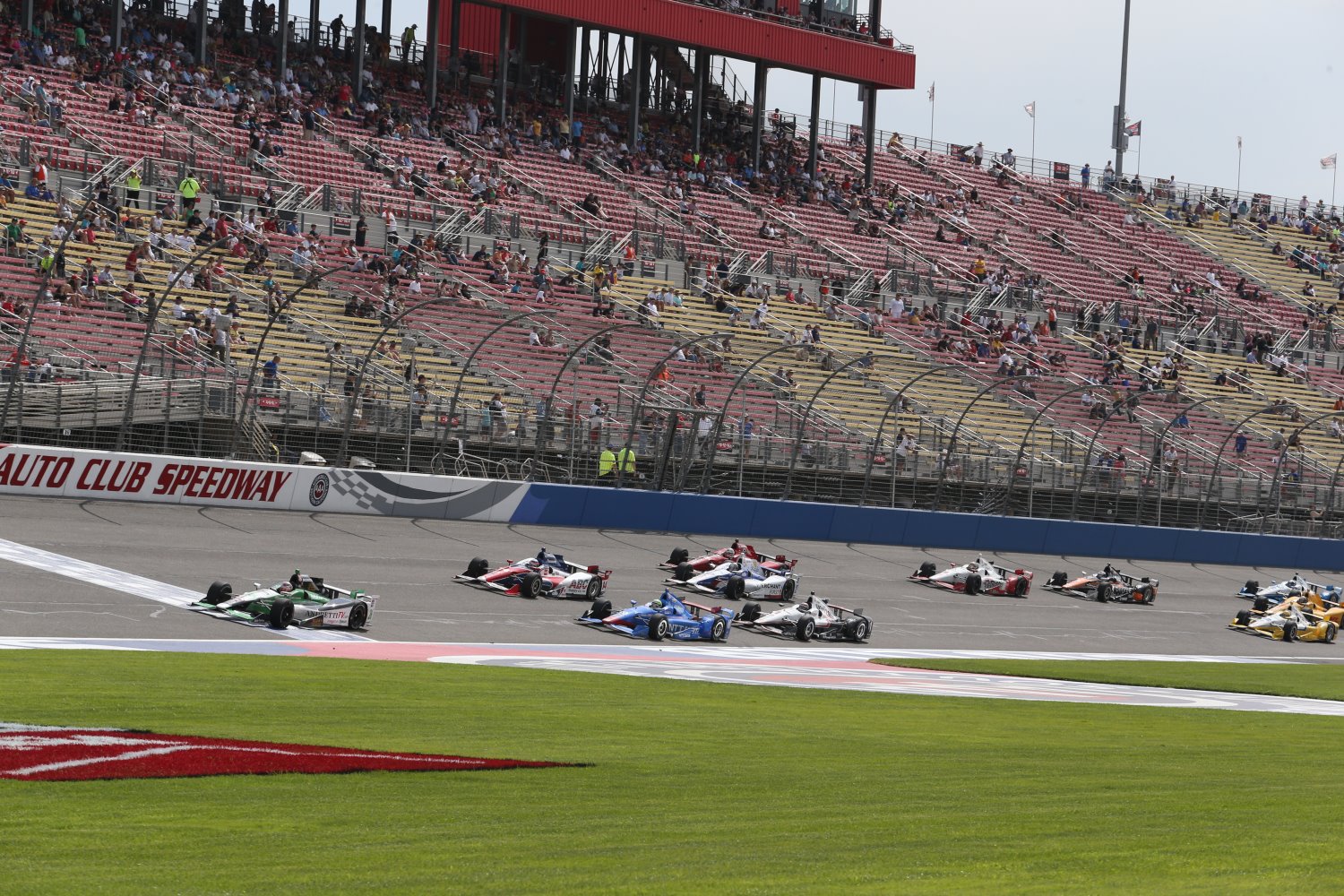 With so many forms of motorsports in the world today competing for fans, competing for sponsors and competing for manufacturer support, how can IndyCar avoid what appears to be the inevitable – extinction.

You won't see the fanboy media that feed from the IndyCar trough making such a dire prediction, there're too busy wearing their rose colored glasses and writing their next rah-rah story about how great things are to see the forest through the trees.

Let's take Formula E for example. This is a relatively new series, which I personally find boring as heck. However, Formula E signs new sponsors almost every week, and has signed deals and pulled off races in major cities around the world.

IndyCar can't even pull off one. Their international races either fail to happen after they are announced or the ones they talk about doing never materialize.

Each year one or more domestic IndyCar races fail, never to return to the calendar in subsequent years. How often do you see that happening in NASCAR?

Even IndyCar powerhouse Andretti Autosport is facing the financial realities of a sport hanging on for survival with no real plan to save itself from the inevitable.

[adinserter name="GOOGLE AD"]Loss of fans is a serious problem. IndyCar has lost its fan base for one very simple reason, what's there to get excited about?

Outside of the Indy Star, you can’t find coverage of IndyCar in any other local newspapers. The series is invisible to the general public.

I'm serious. If you take the average person on the street and expose them to IndyCar racing, what is the allure and excitement that is going to make them want to see it again?

F1's niche was its screaming engines and international flavor and to some extent it still is.

NASCAR's niche is pack racing, the thundering roar of its antiquated V8 pushrod engines and its rough and tumble, blue collar, beer drinking, fans that love the bumping, grinding, wrecks and fights.

IndyCars niche, under CART, was its awesome cars, screaming engines, and its alternative to F1 as the top form of motorsports in the world. It's now none of that.

IndyCar tried to make its cars faster so they would break records everywhere and sell themselves as the fastest form of motorsports in the world. They even tried to put lipstick on its Durocs with body kits to make them look better and go faster, but that raised costs and team owners cried foul.

So where does IndyCar go from here?

Is it destined for extinction due to years of mismanagement, and years of sweeping the problems under the rug by its constituents who think shaking Pom Poms and shouting rah, rah rah is going to solve the problem?

Until someone comes in who has the wherewithal to tell the story of how IndyCar will be great again, and then execute on that story, I'm afraid we're in for more years of painful decline.

If we could made the cars safer with closed cockpits and other safety enhancements, I would have races like we saw in Fontana 4 or 5 times a year. That race was so exciting it had fans talking about it for weeks. You keep putting on exciting shows like that and the fan base will swell. If IndyCar out-did NASCAR at what it does best, NASCAR would be in a heap of trouble and IndyCar would return to the top of the American motorsports heap.

But Fontana will be gone next year, as will Milwaukee and New Orleans. Races fail every year due to IndyCar's shrinking fan base.

Pundits will say, but they're adding Phoenix, Boston and Road America.

Personally I think the X1 idea has real merit. But is it enough? The people behind X1 wanted to come in and buy the series, with big money and grand ideas to make it great again.

That was met by an immediate response from Mark Miles, leader of the IndyCar sinking ship that IndyCar isn't for sale.

Ok, the Hulman and George family certainly don't have to sell it. No one is holding a gun to their head.

But is that the right thing to do? Can X1 execute on their idea to make IndyCar great again with one hand held behind their back? They certainly are not going to invest as much money in IndyCar as they were going to. I know I wouldn't unless I was buying the whole thing.

If I'm the X1 group, and I don't have full control, the chances of this whole thing failing are exponentially higher.

The current ownership has a documented history of thinking small – how can they cut costs, milk race promoters, rely on ride buyers, put races on NBCSN with miniscule ratings, and do whatever else it takes to keep from bleeding money till death?

Will the Hulman George family give X1 enough control to light a fire under the series and rocket it to stardom, or will the small thinking, just survive at all costs, mentality smother the flames and leave a smoldering heap of ashes to spread over IndyCar's looming grave?