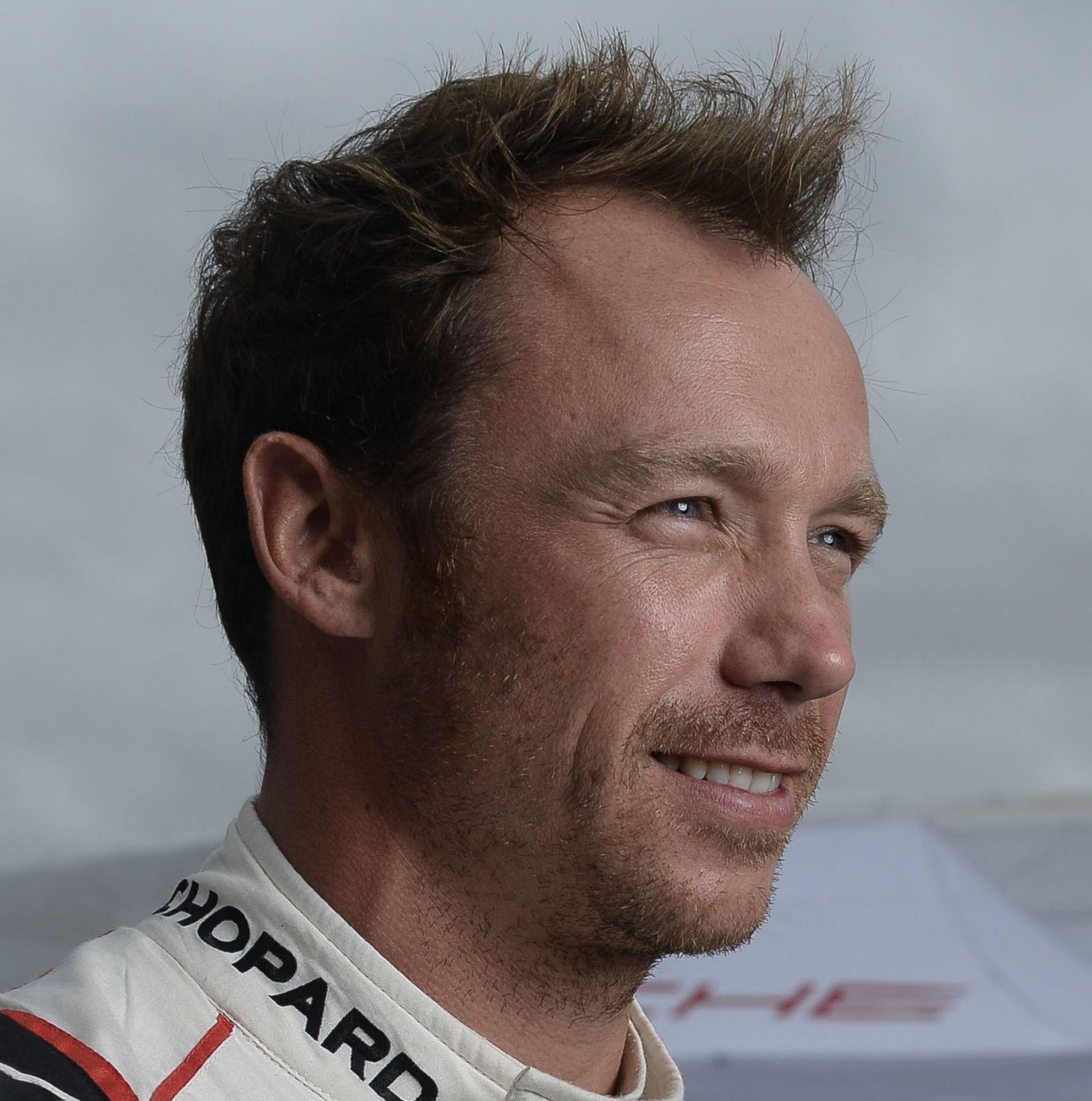 Stuttgart. For the greatest day of his career, Patrick Pilet might have hoped for better weather. At Petit Le Mans in the USA, the skies opened up and it poured. Despite umbrellas and plastic rain capes, the fans around the track were soaked to the skin. But perhaps this was precisely the extreme conditions that the Frenchman needed to clinch the most important success in his career until now, just five days before his 34th birthday on 8 October: the first overall victory for Porsche at the most important North American long distance race alongside Daytona and Sebring.

And the championship title in the strongly represented GTLM class of the United SportsCar Championship, in which the works teams of Porsche, BMW, Corvette and Ferrari fight for the crown of sports car manufacturers.

"At such a race it is important that you're ready to take responsibility even under extremely difficult conditions. That's exactly what I did today," he said after the podium ceremony, soaking wet from rain and champagne. "This success was only made possible because everyone in the team went to their limit. I'm delighted that our huge effort has been rewarded in this way."

There was never any doubt about the league of the race driver Patrick Pilet, even before his Petit Le Mans feat. "His will to win, his precision and his ability to finish a race without making the slightest error convince me in every aspect. He fully deserves the champion title," says Head of Porsche Motorsport Dr. Frank-Steffen Walliser about the "extraordinary race driver". As far as his teammate Nick Tandy is concerned, Patrick Pilet is "one of the fastest people I've ever shared a 911 cockpit with", one that doesn't shy away from risks and also someone who doesn't make mistakes even in extreme conditions.

[adinserter name="GOOGLE AD"]In the words he spoke after his victory on Saturday, Patrick Pilet expressed two traits that make him a world class driver, above and beyond his exceptional talent and mental strength. The first is that he is always incredibly focused on the task at hand, he works meticulously with big ambitions and a healthy aggressiveness. At the same time, when the work is done, he knows how to relax and always makes it look effortless to positively influence the team and get them onside. For a sportsman who needs a good team to be able to win, these are the best prerequisites.

Viewed in this light, Patrick Pilet, who is married to the TV journalist Guenaelle Longy, does not quite match the idea that most people have about the French. The Laissez-faire attitude of letting things take their natural course, which is said to be typical in many of his compatriots, is something he only permits when the job is done. And this is why he doesn't switch off when he climbs out of the car. He always remains factual and brings things down to the point, says program manager Steffen Hollwarth, and uses the race in Watkins Glen as an example: "It had rained there and we had to start from the back of the grid as well. Within the first lap, Patrick had overtaken almost the entire field and when we told him what his advantage was over the radio, he said we should just leave him to do his work and promptly added another 40 seconds to his margin."

Patrick Pilet, who seems to be completely at one with the 911 RSR, is without doubt one of the most popular pilots in the paddock. Fans from all over the world like him. His smile and his laid-back manner are contagious, his piercing blue eyes inspire confidence. He is the kind of man a protective mother would allow to take her adolescent daughter to the cinema. In fact, in his spare time he enjoys watching movies, and he tackles the greens and fairways of golf courses as meticulously as his race outings. In the small town of Auch in the southwest of France where he was born, there is no shortage of sporting role models. His home town produced talented rugby players, as well as the world pentathlon champion Joel Bouzou, and not surprisingly several professional cyclists. One of them is Raymond Mastrotto, who has won a stage of the Tour de France. But that wasn't what Patrick Pilet wanted: "I always wanted to be a race driver."

He has fulfilled this dream. After some years of learning his trade in a kart, he won the Formula France in 2001 and the Formula Renault in 2004. In 2007 he netted overall victory in the Porsche Carrera Cup France. The following year he was signed on as a works driver. His first outing was the 2008 Daytona 24 Hours. When he first encountered the famous Daytona International Speedway, still somewhat intimidated by this new world, he was asked by the heads at Porsche Motorsport why he wanted to race. His answer: "Because I want to win." He turned these words into deeds: With Porsche he celebrated victories in very different race series, from the International GT Open to the American Le Mans Series. In the Sports Car World Championship WEC, he won the Shanghai race and clinched second place four times. One of his greatest successes was class victory at the 24 Hours of Daytona in 2014. Once again, he was supported in the cockpit by his teammate and close friend Nick Tandy.

As a team player, he immediately felt at home at Porsche. "Porsche is my second family," he says. "I couldn't image anything better than to race for Porsche." And he is not just paying lip service with these words. In addition to his duties as a factory pilot, he also looks after talented youngsters in the French Carrera Cup, for whom he is a mentor and role model. He has demonstrated how much one can learn in the Porsche makes cups and how they can take the necessary talent and determination to launch their career.

He has waited long for his first title in an important sports car race series like the United SportsCar Championship. When he then achieved this feat with an emphatic overall win at Petit Le Mans, just one small thing was missing for complete happiness. "It's a shame that Nick couldn't have become champion with me. We're a team and I would have loved to share this success with him," he said. "But unfortunately he missed two races with me, but he has a good excuse: he was busy clinching the 17th overall victory for Porsche at the 24 Hours of Le Man."