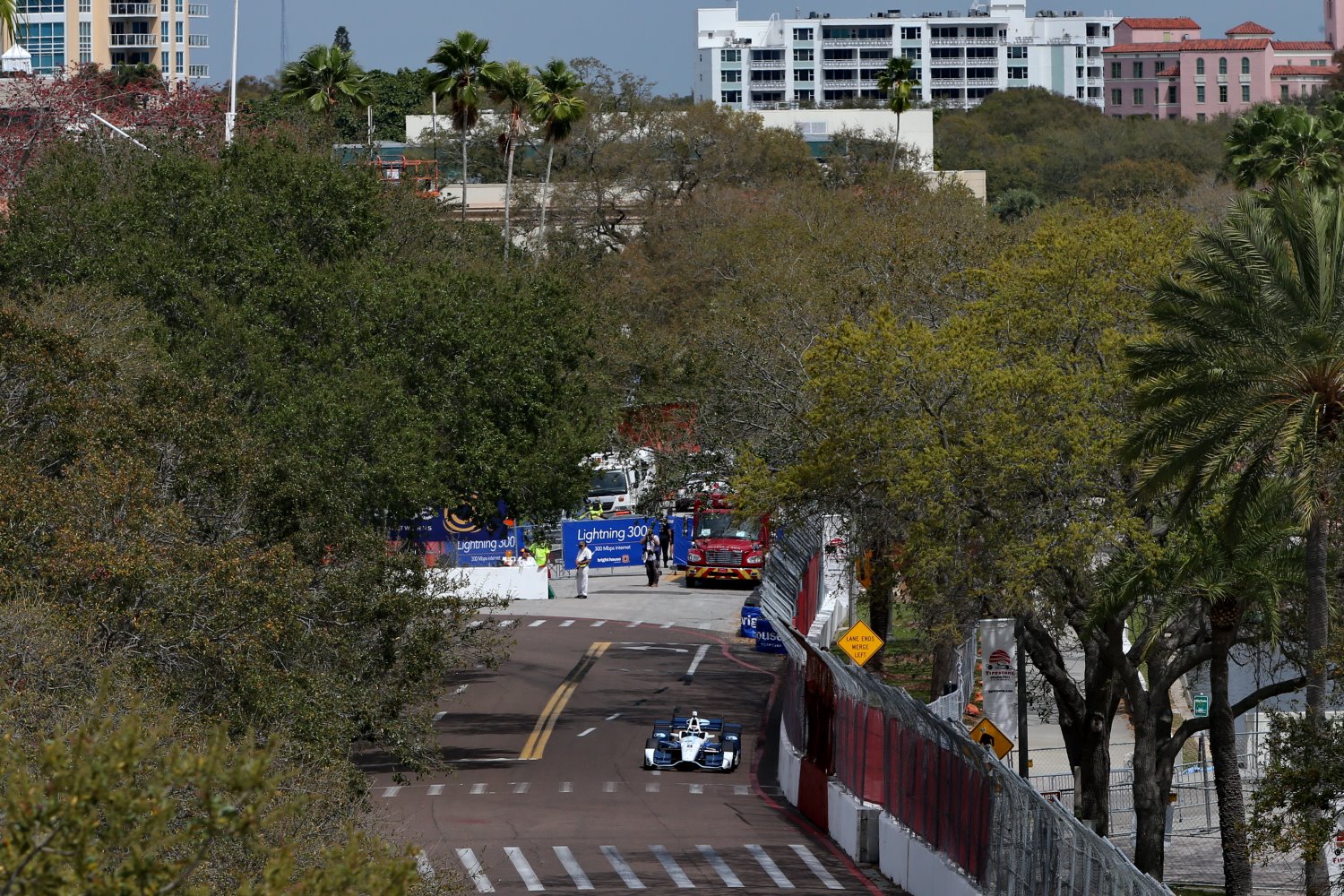 It's good to be back at the race track for the opening race of the 2016 Verizon IndyCar season. The weather was great today and should be the same Saturday. Sunday has a 30% to 40% chance of a shower or thunderstorm, but that is not an uncommon forecast for southern Florida, which is quite tropical. The crowd was big for a Friday and the good weather probably contributed to that.

Hats off to ABC/ESPN for being the kind of TV partner IndyCar needs. In addition to television in the United States on ABC, ESPN also distributes Verizon IndyCar Series race telecasts through a combination of ESPN networks and syndication to more than 198 countries and 103 million homes. In an effort to build interest in the 100th Indianapolis 500 and the series in Europe, ESPN International has a group of eight journalists at the St. Petersburg race to get an immersion in IndyCar racing. The journalists are from Italy, The Netherlands, Germany, France and Spain, all countries where IndyCar Series races will air this year.

We saw Australian James Davison in the paddock and hear he's trying to lock in a ride for the Indy 500 again. We hear AJ Foyt will probably run a 3rd car for the 500 so that is one possibility for Davison. There are others so stay tuned..

Speaking of Australian, there will be an announcement here in St. Petersburg Sunday from Matthew Brabham and his sponsor Pirtek, the Australian fluid transfer solutions company. We're not yet sure what the announcement will be. However, as you likely know Brabham is confirmed to run the Angie's List Grand Prix of Indianapolis and the 100th Indianapolis 500 presented by PennGrade Motor Oil in the #61 Pirtek Team Murray Chevrolet. We hear this might be an announcement that Pirtek and Brabham will be partnering for more Verizon IndyCar Series races in 2016.

The drivers get 8 sets of Firestone black tires for the weekend, 3 sets of reds and 5 sets of rain tires (if needed). We hear some of the drivers limited their running in the morning session because they wanted to make sure they have enough sets for the rest of the weekend.

The bumpy track caused Will Power to crash in the morning. He told me the bump ripped the wheel out of his hand and he hit the wall. Then in the afternoon the track started to break up in a couple of areas around manholes that resulted in a red flag. Track crews used a high strength quick setting concrete called Set-45 to make repairs.

Chevy and Honda have reworked their engines in the offseason to get more HP. The cars sound are a bit louder this year and definitely more exciting.

While the Chevies are running open butt-bumpers again this year that caused the cars to get airborne at Indy last year, we hear they will be closed back up for the superspeedways, but we hear rather than being a flat plane like the Hondas, Chevy has another solution in mind.

As far as the cars getting airborne, IndyCar required that both Chevy and Honda do CFD analysis with their cars going backward from a yaw of 130 degrees thru to 180 degrees and at 180 degrees with a 3% lift of the back of the car to prove their cars won't go airborne at Indy again this year.

We hear a number of IndyCar drivers want to give a F1-Halo concept a try on a car. They feel on road courses the Halo should not be a problem but the concern on banked ovals is that you are looking left and up as you drive through the corner. If you look at the Halo you will see it will probably block the drivers vision. However, until they try it they won't know for sure.

The Honda cars are definitely closer in speed to the Chevy cars and we expect a spirited fight between the two manufacturers all year.