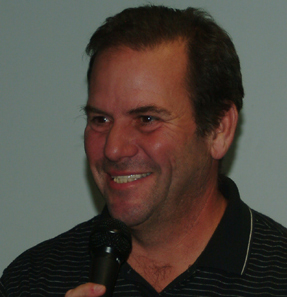 Eddie Sachs Jr., owner of Eddie Sachs Racing and the son of famous racer and personality Eddie Sachs, is continuing to work on a program to return the Sachs name to Indianapolis Motor Speedway for the 100th running of the Indianapolis 500 in May.

The senior Sachs, who lost his life in a 1964 crash at the Indianapolis 500, is memorialized as one of the top contenders in USAC sprints, midgets and Indy cars and accepted as the fan favorite during the 1960’s golden era.

Sachs Jr. has expanded ESR, adding a CFO, marketing head and president to his organization. The goal is to find others interested in partnering to return the Sachs name to the Speedway.

"The pull in my heart to compete at Indy has always been a part of me,"said Sachs Jr. "Though ESR has been competing in USAC Silver Crown and Sprints since 2010, and midgets for a bit longer, we recognize the finances necessary to fully compete at Indy are significant.

"I feel our program can represent the human side of the sport better than most and with the Sachs legend, convey a unique and endearing story; a wonderful marketing opportunity."

The ‘Road to Indy,’ as most veterans know, was the path taken by a host of great drivers including A.J. Foyt, Rick Mears, and the Andretti family. The sometimes treacherous journey evolved from the grass routes of competition into USAC midgets, sprints and eventually the Indianapolis 500. It was a different time, and considered by many, a more enjoyable era.

"Our team is working hard to bring the fun/fan connection back to Indycar and onto the 500 grid for 2016. We want to rekindle the joy and buzz that was so apparent during the 60’s; bringing back some of the luster that era provided to the 21st century," said Sachs. NSSN