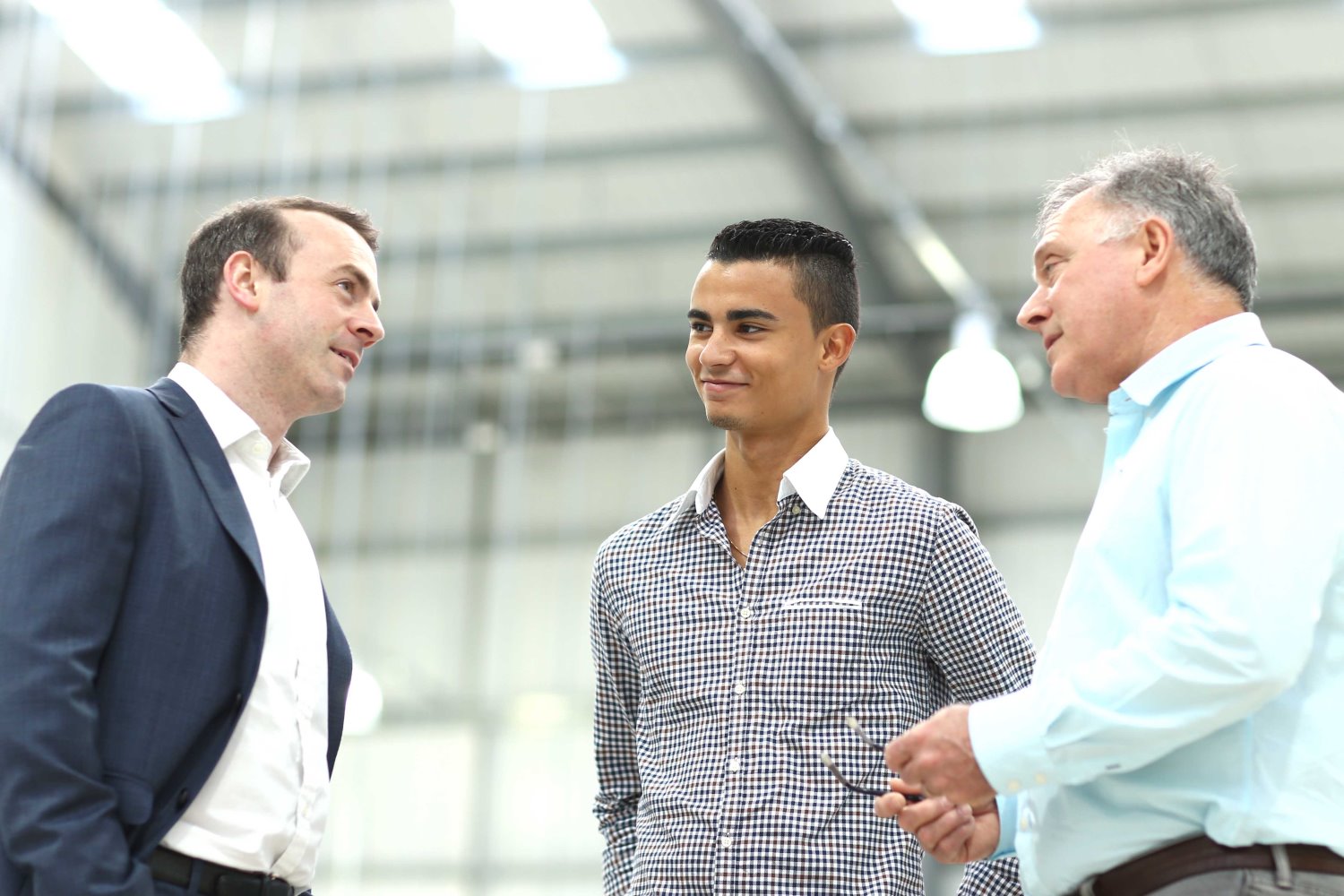 The 21 year old reigning DTM Champion and Mercedes-Benz Junior driver, from Sigmaringen in Germany, will pilot the all-new Manor Racing MRT05 race car when it hits the track for testing in Barcelona on 22 February. Pascal will take part in both pre-season tests ahead of his first Grand Prix in Melbourne.

“Pascal is a sharp driver with a very promising future; Manor Racing is excited to have him aboard. We’re a small team up for a big challenge this season, so we’ve chosen a driver with the talent and hunger to match our own on-track ambitions. Pascal has impressed in testing for Mercedes and Force India, together with commanding performances in DTM, culminating in the championship win last year. Manor Racing is perfectly placed to help Pascal make a big impact in his first season. We’re looking forward to it!"

“Manor Racing is a great place for me to start my Formula One racing career – I’m very pleased to be here. It’s a small and totally focused team and I soon hope to know everyone. Though it’s my first F1 season my aim is to help Stephen and the guys achieve their goals. It will be a tough challenge but I think we should be able to challenge for points along the way. It’s going to be good fun. A word for my racing family at Mercedes-Benz, and particularly for Toto, who have guided my career this far and made this opportunity possible. Thanks for the incredible support to help me achieve my dream; now it’s down to me to grab the moment and perform on track."

02/10/16 This rumor is upgraded to 'fact' today. Pascal Wehrlein has confirmed reports he will make his F1 debut with Manor in 2016.

Earlier, the major German newspaper Bild reported that the deal between the Mercedes junior and the newly Mercedes-powered backmarker team is now done.

The 21-year-old German, Mercedes reserve and reigning DTM champion confirmed to Sport Bild: "Toto Wolff has helped me a lot, for which I am very, very grateful.

"A dream has now been fulfilled. Ever since attending my first grand prix at the age of six, I wanted to become a formula one driver," Wehrlein added.

The report tipped Wehrlein to choose 94 as his permanent F1 race number — the year of his birth, and the number he carried to his DTM triumph in 2015.This

12/24/15 (GMM) Talks to secure Mercedes reserve and DTM champion Pascal Wehrlein a seat at Manor next year appear to have failed.

Toto Wolff has said openly he was in talks with the British backmarker, who are switching from Ferrari to Mercedes power for 2016.

But the Mercedes chief told Speed Week he is not confident of a deal "because we will not go beyond a certain sum" in terms of paying Manor for the Wehrlein seat.

Alexander Rossi and the Indonesian-backed Rio Haryanto appear to have a better chance of filling the seats, with Wolff adding: "Manor owner (Stephen) Fitzpatrick said to me 'We need the money, so what can I do?'"

(GMM) Manor looks set to stick with its current driver lineup for the 2016 season.

Although Roberto Merhi returned to the car for the 2015 finale in Abu Dhabi, he was only filling in for new regular Alexander Rossi as the American completed his GP2 campaign.

"I think I've shown I am capable of being in F1 and I'm confident of keeping the seat," Rossi said in Abu Dhabi.

The other cockpit has been occupied all year by Briton Will Stevens, and he admitted: "I think everything is looking good for next year.

"I'm pretty comfortable with where I am and where we are with the team," he added.

It is believed Manor has ramped up its asking price for the cockpits for 2016, given the move from 2014-spec Ferrari power to up-to-date Mercedes engines for 2016.

Germany's Auto Motor und Sport reports that the price per seat for 2016 is $10 million.

"As the competitiveness of the team should go up, so does the price," Mercedes team boss Toto Wolff admitted in Abu Dhabi.

Wolff was commenting on the price of a Manor seat because he has been trying to find a place for Pascal Wehrlein, the 2015 Mercedes reserve and DTM champion.

But he suggested that $10 million is too big a price to pay.

"We have a driver budget, but not on this scale," he told Auto Motor und Sport.

Mercedes has also signed another tester, Esteban Ocon, for 2016, with Wolff saying last week: "It could mean both of them ending up in a testing role, in a reserve role and in a DTM role, so it's not done yet."

Auto Motor und Sport also claims that the new development role at Williams for Lance Stroll, the son of Canadian billionaire Lawrence, is costing no less than $6 million.

10/05/15 (GMM) Pascal Wehrlein is not denying suggestions he is now in pole position to make his F1 debut next year.

The speculation about the 20-year-old's future has shifted into a high gear since the new engine deal between his employer Mercedes and the British backmarker Manor was announced officially in the past few days.

German Wehrlein will not, however, be trackside at Sochi in his official post as Mercedes' F1 reserve this weekend, as he is now on the cusp of securing the DTM title for the German carmaker with just the forthcoming Hockenheim finale to go.

"Pascal is currently the leader in DTM," Mercedes chief Toto Wolff told Auto Bild, "so his main focus is to win there.

"But he has the makings of a formula one driver," Wolff admitted, "so we would wish to accommodate him. First there would have to be a place for him."

At Mercedes' dominant works team, no such race seat is free for now.

And so it makes sense that Mercedes will negotiate a place for him at Manor, especially as many are comparing the new alliance to those between Red Bull and Toro Rosso, or Haas and Ferrari.

Wehrlein said: "Toto has to decide how to proceed. If he sees a way to put me into formula one, then I would be happy to go.

"The best way would obviously be at Mercedes, but there is probably no chance of that. So then you have to look at what the alternatives are," he added.

But the German is now being linked with Manor amid rumors the former Marussia team could form an alliance with Mercedes next year, along the lines of Haas' 'B-team' technical partnership with Ferrari.

Wehrlein is quoted by Germany's Sport1: "I cannot influence anything beyond doing my best in DTM, and so far it is going very well and I can fight for the championship."

Indeed, driving for Mercedes' top HWA squad, Wehrlein is running a close second place in DTM this season with three rounds to go.

He said he does not have time to think about what might be coming in the future.

"At the moment I have a tight schedule where every weekend I am either in formula one or DTM. Especially now, fighting for the championship, it is not the right time to give thought to what I will do after the season," added Wehrlein.

09/08/15(GMM) Once the ball starts to roll, and Lotus presumably moves from Mercedes to Renault power, it is expected that Manor will then become Mercedes' next F1 partner.

"Manor would be basically the experimental and junior team of the Silver Arrows," said Bild newspaper.

"They would accommodate there the DTM driver and current F1 reserve driver Pascal Wehrlein," the German report added.