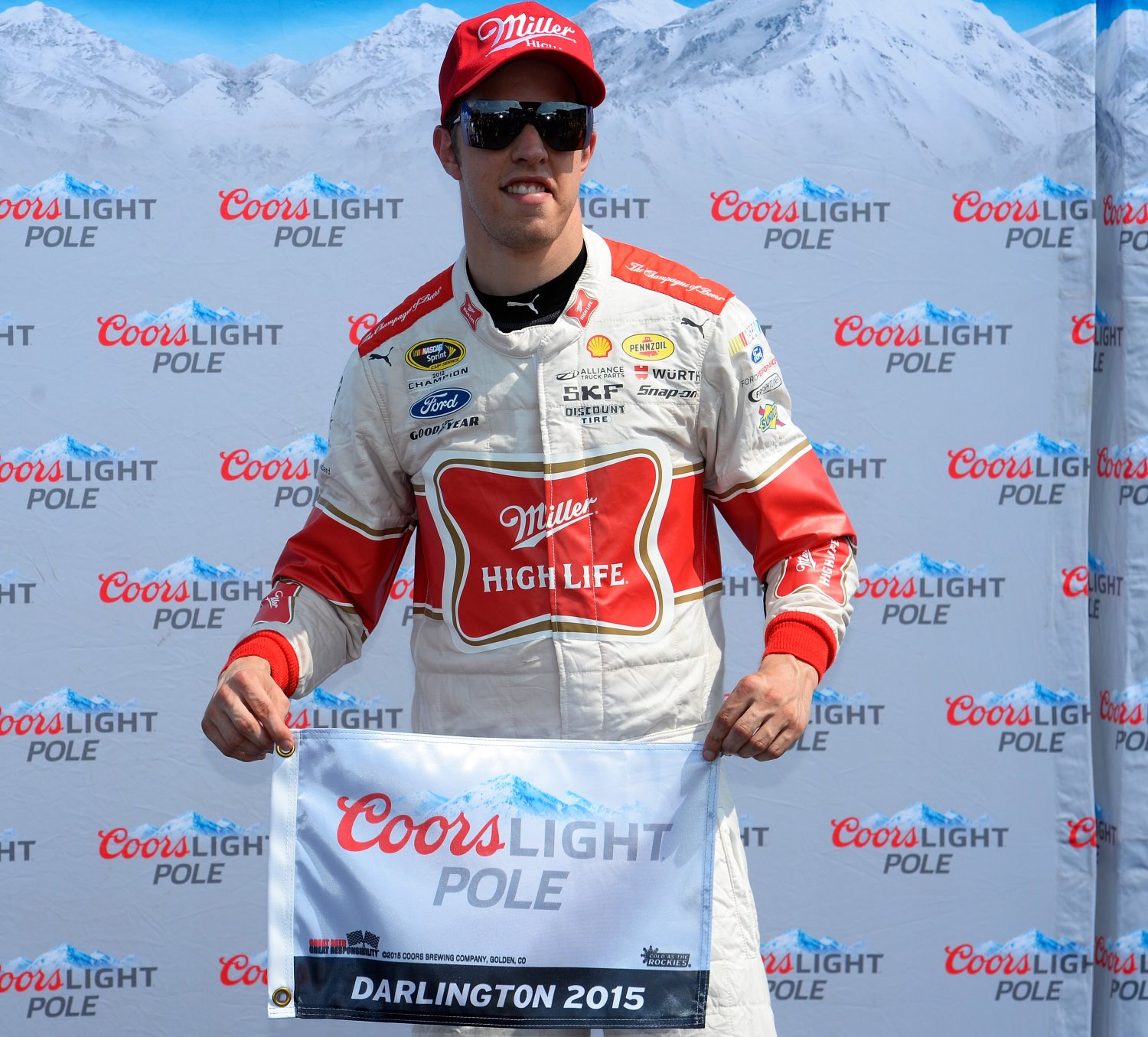 Brad Keselowski scored his first Sprint Cup pole of the season on Saturday during qualifying for Sunday’s Bojangles Southern 500 at Darlington Raceway.

Keselowski topped the third and final round of qualifying with a lap of 27.492 seconds (178.874 mph) to beat out Kurt Busch and Kevin Harvick for his ninth-career Sprint Cup pole. Joey Logano and Jeff Gordon made up the rest of the top five qualifiers.

Keselowski’s pole marks his career-best start at Darlington, topping his previous best of fifth last season. He has one top five finish in six previous starts at the “Track Too Tough To Tame".

“This is probably the biggest pole I have ever had as far as what the track means," said Keselowski. “It is hard to explain that to people that maybe are outsiders of the sport. I have always thought of Darlington as being one of the elite tracks in NASCAR. You look at Daytona, probably Bristol, Charlotte and Darlington as definitely in the top-five, maybe top-two or three to our sport and what it means. When I think of that, I think that any success you have on those tracks is just a ‘whoa’ moment. It is huge. So in that sense this is a great accomplishment to me personally and it means a lot."

Sunday’s race marks the return of the Labor Day classic that had been a tradition at NASCAR’s oldest superspeedway since 1950 before NASCAR shifted the Labor day race to California Speedway in 2004 and then to Atlanta Motor Speedway in 2009.

NASCAR has spent the weekend honoring the long history of Darlington and the sport with a “throwback" theme, including retro paintjobs and vintage TV commercials.

In keeping with the “throwback" theme, Keselowski’s Miller Lite paint scheme honored the car that Bobby Allison drove to victory in the 1983 Southern 500.

The weekend’s race will also be the second time teams have utilized the “low downforce" package that was used earlier this season at Kentucky, combined with a new tire compound made specifically for this event.

“Every year I have been in Cup I think back to the first year and just how difficult the cars were to drive," said Keselowski. “They have progressively gotten easier to drive with some of the changes that have been made. This is a step back with the downforce off the car to where the cars are harder to drive. I just really appreciate and respect that. I feel up to the challenge.

“I think that is great and the way racing should be and that we are hitting the marks of what the proper package should be for a Sprint Cup driver to try to handle. This is a step in that direction and I feel like whoever will win this race tomorrow, with more likelihood than previously, will have earned it. And that is exactly why this is the right direction to go."

Greg Biffle and Danica Patrick were among the drivers who earned their “Darlington stripe" after smacking the wall during qualifying. Kyle Busch put his Toyota Camry in the wall during Friday’s practice session, forcing him to a backup car.

“The Lady in Black, she’ll spin you around or spit you out if you treat her the wrong way," said Kurt Busch, who admitted his no. 41 Chevrolet kissed the wall during his qualifying run. “For qualifying, you try to attack the track and get all you can out of it for that one lap and say, ‘Thank you, I just wanted to borrow the track for an instant.’ And then you give it back to her because this is a tough track.

“The lady will teach you that is not what you are supposed to do. You try to survive as long as you can all night long without putting marks on your car, but as soon as you do it seems like you roll up your sleeves and you have to get even that much more serious about it, but still not overdrive the car. It’s a very fine line."