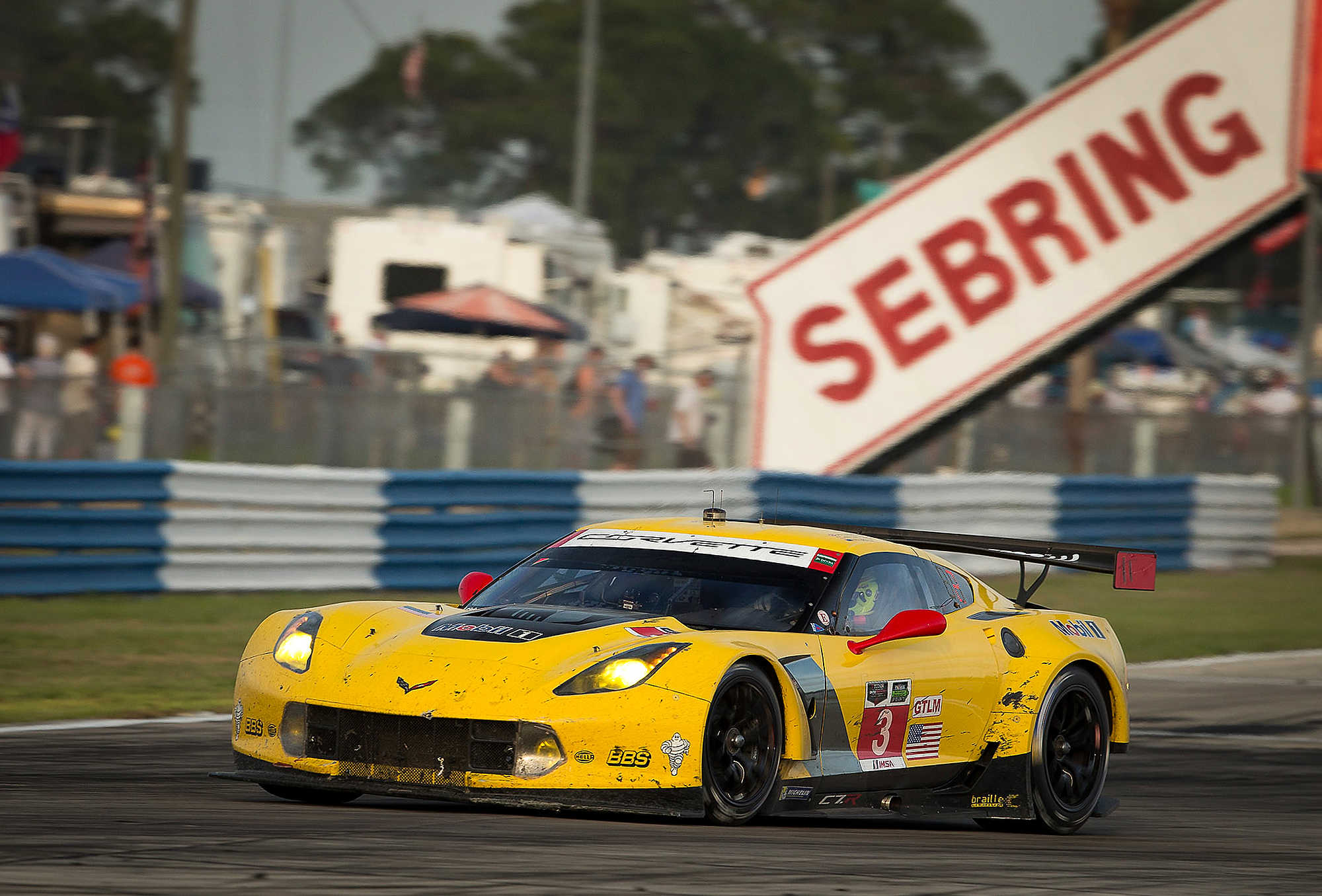 With four races remaining for the GT Le Mans class racers in the TUDOR United SportsCar Championship season, is it too early to start thinking about points?

No, says Jan Magnussen, who – along with Corvette Racing teammate Antonio Garcia – leads the standings going into Sunday’s Continental Tire Road Race Showcase at Road America, the iconic four-mile road course in Wisconsin. While the No. 3 Chevrolet Corvette C7.R drivers are in sole possession of the lead, they are a slim two points ahead of No. 24 Team RLL BMW Z4 GTE drivers Bill Auberlen and Dirk Werner.

“We have to play it smart," Magnussen said. “This weekend is not a long race, two hours and 40 minutes. But we have to make the most of it, take our chances and hope it pays off. We have to stay out of situations that can get us in trouble but it’s tough, everybody is fast now. It’s on the track, in the pit lane, it’s the strategy – we need to be on top in every area."

One advantage the team has now that they haven’t had since the middle of June is the return of their primary car. The No. 3 C7.R has been out of commission since Magnussen, after a mechanical issue, crashed the car so hard in practice for the 24 Hours of Le Mans that it has taken this long to repair it. Since then, the car he and Garcia have raced has been a loaner, provided by a European Corvette team. This weekend, the original No. 3 is back in action.

That doesn’t mean it will be easy – the long Road America track is hard on cars and drivers, and the other six cars entered in the GT Le Mans class have all been competitive, including the No. 3’s sister car, the No. 4 C7.R driven by Oliver Gavin and Tommy Milner.

In fact, the GT Le Mans class isn’t the only one with a tight points battle. In the Prototype class, teammates Michael Valiante and Richard Westbrook are in the lead, but the No. 90 VisitFlorida.com Chevrolet Corvette DP drivers are just seven points ahead of the defending series champions, Joao Barbosa and Christian Fittipaldi, drivers of the No. 5 Action Express Racing Corvette DP.

Barbosa and Fittipaldi haven’t won since the second race of the season, the Mobil 1 Twelve Hours of Sebring, but they’ve stayed close enough to the front to keep them in the points mix. But they have to watch out for their Action Express teammates, Dane Cameron and Eric Curran, who are just four points back in third place, bolstered by the No. 31 Corvette DP’s first-ever win, at Detroit.

[adinserter name="GOOGLE AD"]The fight for the championship in Prototype Challenge is even tighter, with Jon Bennett and Colin Braun, drivers of the No. 54 CORE autosport entry, just three points ahead of Mike Guasch and Tom Kimber-Smith, drivers of the No. 52 PR1/Mathiasen car, despite the fact that Guasch and Kimber-Smith have three wins, and Braun and Bennett have one. Both have momentum, though – the No. 54 won two races ago, at Canadian Tire Motorsport Park, and the No. 52 won the last race, at Lime Rock.

And despite the fact that the GT Daytona class is the largest of the four in the TUDOR Championship, its points battle is as tight as the rest even though the drivers in first, second, third and fourth haven’t won a race this season.

Consistency has paid off for the team of Dion von Moltke and Christopher Haase, drivers of the No. 48 Paul Miller Racing Audi R8 LMS. They are five points ahead of Christina Nielsen, driver of the No. 007 TRG-AMG Aston Martin V12 Vantage. Nielsen has sole possession of second place in the points, as she has had more than one co-driver during the season. Her new co-driver, Kuno Wittmer, won the GT Le Mans championship in 2014 with the Dodge Viper SRT team, and won at the season-opening Rolex 24 At Daytona in a ViperExchange.com Dodge Viper that is only running a partial schedule this season.

So no team in any of the four classes has a clear advantage for the championship going into the Continental Tire Road Racing Showcase, which takes the green flag Sunday at 3:05 p.m. ET. Live coverage begins at 3 p.m. ET on FOX Sports 1. IMSA.com will stream in-car cameras, live timing and scoring, and IMSA Radio’s play-by-play.

The weekend also includes Round 7 of the Continental Tire SportsCar Challenge season with a two-hour, 30-minute race on Saturday, in addition to a pair of races for both the Porsche GT3 Cup Challenge USA by Yokohama and the Cooper Tires Prototype Lites Powered by Mazda.

IMSA.com also will stream TUDOR Championship qualifying along with the Continental Tire Challenge race and both Porsche GT3 Cup Challenge USA races, in addition to carrying IMSA Radio along with live timing and scoring throughout the weekend.