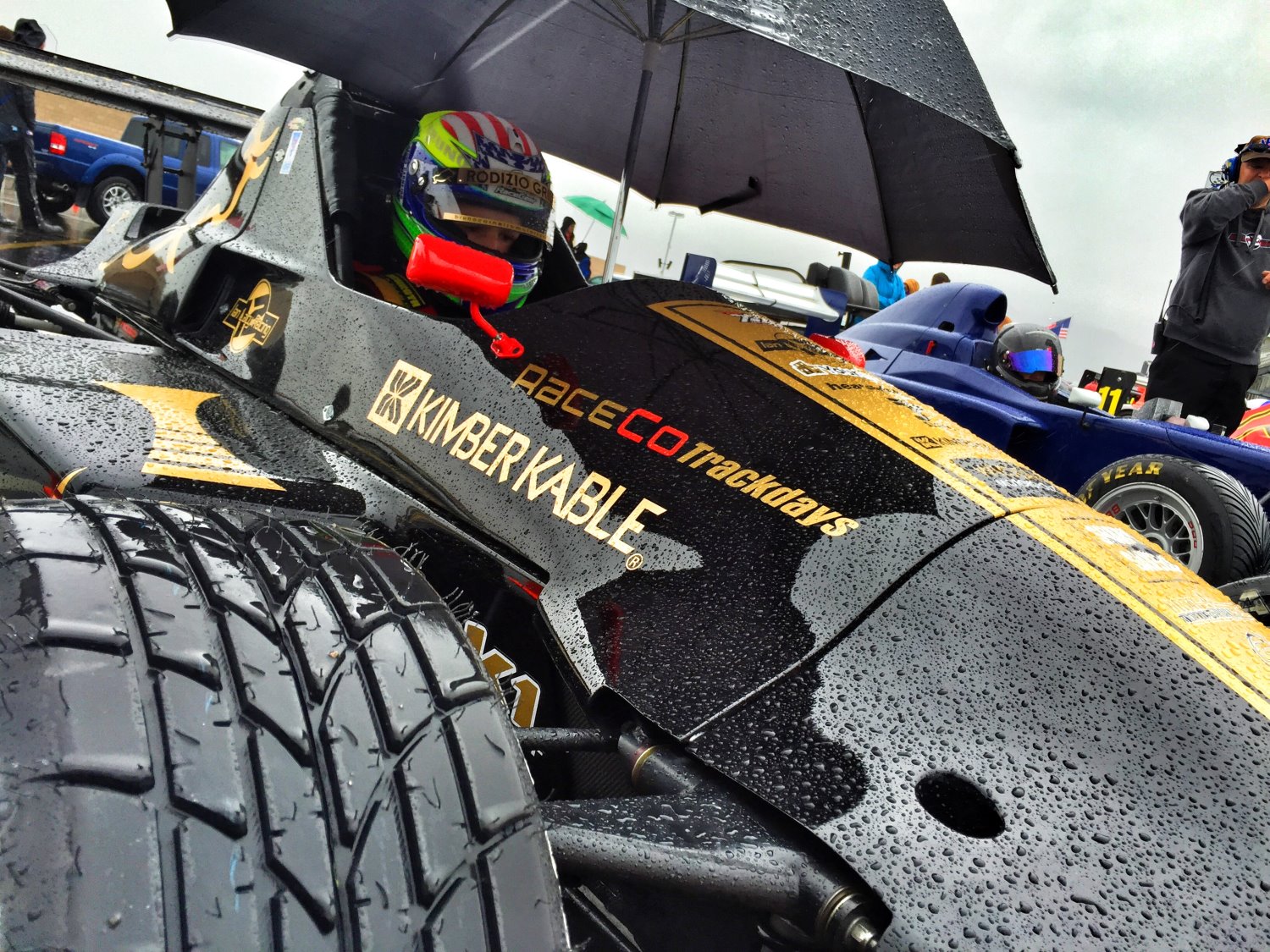 AutoRacing1 has started a new series, highlighting talented young drivers in the world of racing. In this first edition of AR1 Up and Comers, Brian Carroccio introduces you to 16-year-old Utah native Bruno Carneiro. Enjoy.

A couple weeks ago, I had the opportunity to speak with 16-year-old race car driver Bruno Carneiro. The Brazilian-born Riverton, Utah native has made a very successful transition from karting to cars this past year with aspirations of climbing the single-seater racing ladder and ultimately competing at the top-level.

Already, Carneiro has gained the attention of local media in the Salt Lake City area, not only for his talent behind the wheel, but also for his very unique efforts in raising the funding necessary to go racing. With the help of longtime sponsor Rodizio Grill, the Brazilian Steakhouse which started in 1995 in Colorado, now has 16 locations in 12 states. Carneiro spends his already very busy weekday evenings after school selling Rodizio certificates door-to-door in the Salt Lake City area.

As his father Luigi told The Salt Lake Tribune a few years ago, Carneiro’s door-to-door efforts and endeavors have managed to fund his racing thus far. "I haven't spent a penny on his racing," Luigi Carneiro said. "Well, maybe I put a little gas in the car once in awhile. But, honestly, it's all him."

I asked Carneiro how he dealt with the inevitable rejection that comes with raising money to race door-to-door. "Honestly, for every person that is rude, 9 are very considerate, even if they cannot help."

In addition to his fundraising efforts and racing, Carneiro maintains a 3.5 GPA, conducts his own racing school based out of Miller Motorsports Park, and motivational speaking career.

Luigi moved the family to Utah from Brazil when Bruno was 10 months old. Bruno’s grandfather spent many years working for Becton-Dickinson, and Luigi saw opportunities from the family in the U.S. so decided to relocate.

Father and son have since regularly watched IndyCar and F1 races, and when a young Bruno had the opportunity to travel to Grand Prix races at Indianapolis and Montreal he was instantly hooked. One evening while dining at a Rodizio Grill, Ivan Utrera noticed a the five-year-old Bruno playing with the salt and pepper shakers as though they were race cars. Soon thereafter, Bruno Carneiro had his first go-kart and the dreams of a future racing champion took root. Carneiro began racing and regularly winning at the age of 5.

This past offseason Carneiro purchased a 1997 Formula Mazda car and currently leads the NASA UTAH Region Formula Mazda series with victories in 8 of 10 races. His talent has caught the eye of Utah resident, and renowned racetrack designer Alan Wilson. Wilson, who was Director Of Operations for Motor Circuit Developments Ltd. In the late 1970s and early 1980s and saw some the likes of Derek Daly, Martin Brundle, Derek Warwick, Ayrton Senna and others compete in FF 1600 at Brands Hatch, Snetterton, and Oulton Park says Carneiro compares favorably with some of those drivers. "I can tell you, in all honesty, that Bruno is their equal," says Wilson.

"If I were to compare Bruno to anyone in IndyCar," Wilson continues "it would be to Helio Castroneves. Same style, same never quit, same positive outlook despite bad luck, same sparkling personality, same ever present smile, same perfect sponsor image, same immaculate presentation (and then some) and very much the same potential talent."

Wilson and his wife former race car driver Desire have been supporters of Carneiro for many years.

Inevitably, a question that all aspiring single-seater drivers must answer is whether to pursue an F1 or IndyCar career; whether to go the European or American track, so to speak.

"I’ve been there (Europe) for karting races…and a lot of people go to Europe, and put a lot of money into F3 and F4," says Carneiro. "We’re very lucky, there is a lot of opportunity in the United States."

Another thing I found interesting was Carneiro showed himself to be something of a throwback, expressing a desire to one day if not build but at least prepare the car he races in.

Recently, Carneiro was able to test a Formula 2000 car in West Palm Beach, which he said went well, and has earned him an invite to future tests. Of course, as is the case with so many racers, he is working on the funding now to make the next step and enter Formula 2000, and then hopefully the Mazda Road to Indy in future years.

When asked what he believes his chances are of making it to the sport’s top levels, Carneiro is realistic but hopeful.

"I don’t know if I’ll make it, but I’ll be able to rest easy, knowing at least, I gave it my all." And if what he has shown so far is any indication, you have to like his chances.