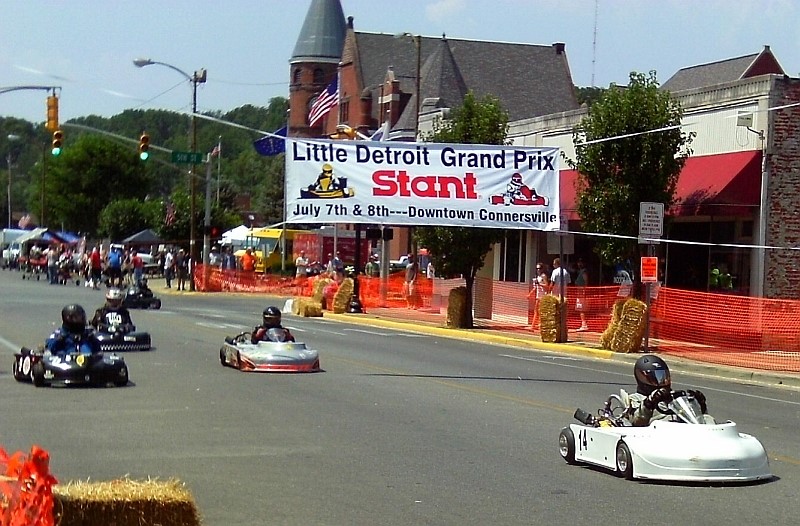 Every motorsports enthusiast is painfully aware that racing, in general, is experiencing tough times. Fewer fans are in the stands, and those fans are aging. The question is, what to do about it?

Everyone has an opinion but the basics are pretty straightforward. People who don't care much about automobiles will care even less about watching them compete. Public interest in the automobile is waning, and the reasons are spelled out in my previous article on the topic.

Perhaps the most immediate and pragmatic idea for reviving American motorsports comes from racing journalist Mark Cipolloni of http://www.autoracing1.com/, who shared his amazing concept with me on the phone a few weeks ago:

"The problem is that we've lost the youth of this country. Racing is not in the high schools. The kids are not introduced to it. They can't experience it by competing at the high school and college level.

"But in the old days, your father was working on the car and you'd go help him out. You'd get your hands dirty and you had more interest in cars. Nowadays, young people never touch a car. It just goes back to the dealer for service. Unless your parents expose you to racing, the chances are that you're never going to be exposed to it. "

"So something has got to be done to engage the youth of this country in racing. What I've proposed is that we get together with the manufacturers and put together a proposal for the NCAA and say, 'Look, we want to make go kart racing a recognized sport in high schools and colleges.'"

Cipolloni's idea is based on a solid foundation that's already fully functional. High schools would organize teams of go kart drivers, just like they do in track and field or any other sport. Students would do more than simply drive the karts; they could learn about mechanics, engineering, aerodynamics, alternative fuels, safety gear, electronics, computer data acquisition and much more, all of which would directly contribute to their team's success in competition.

Go kart racing is inexpensive, safer than football, and the equipment is light and easy to transport. The race tracks necessary for competition already exist all around the country. Schools would also be free to build their own home tracks, just like they have for every other sport. Cipolloni continued:

"Make it so high schools compete against each other and kids can get scholarships so they can go to college, just like they do in football and baseball. And then the pros pick them up. So now the kids in school are following it, and they're following their classmates as they move up and now the kids are exposed to it."

"A kid who's 5 foot 8 and not real big, he tries out for the go kart team. And he makes the team because he's faster than the big football player with all the muscles. Then people will start to realize that driving a car fast is a sport, and it's a skill. Not everybody can do it."

"We've lost the youth of this country. And in order to get them back, they've got to be exposed to motorsports in school. Racing needs to be recognized by the NCAA as a sport. Once that happens, it'll take off. Once kids get engaged, there's a good chance that they'll stick with it into their adult years. That's my opinion on how to fix it."

"The problem is… who has the wherewithal to bring together this kind of proposal with the sanctioning bodies and the manufacturers and bring it to the NCAA, then lay out all the rules and how it would work?"

Mr. Penske, are you listening?