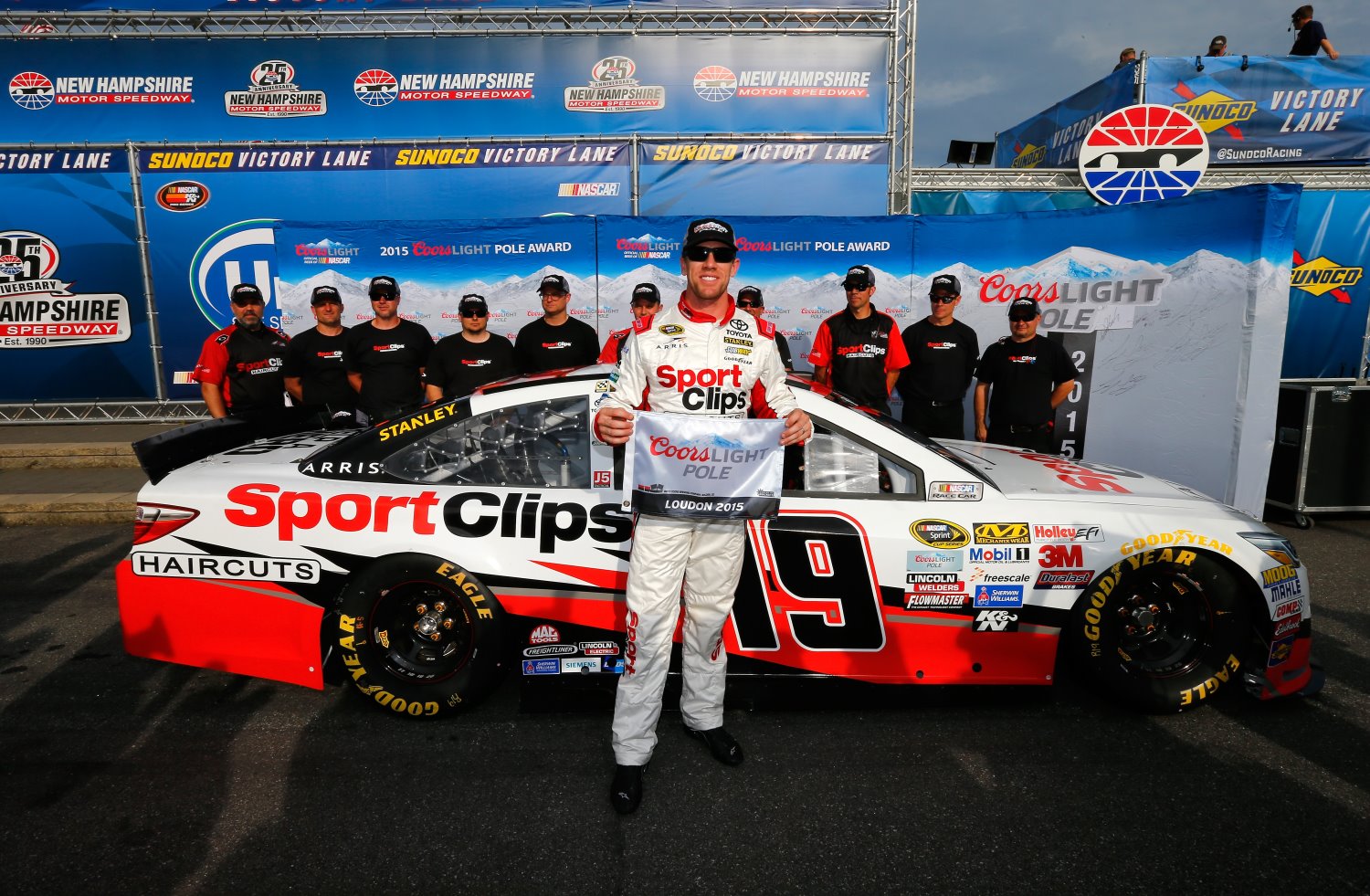 That was Edwards' take on the state of affairs at Joe Gibbs Racing, after he put his No. 19 Toyota on the pole for Sunday's 5-hour ENERGY 301 NASCAR Sprint Cup Series race at New Hampshire Motor Speedway (1:30 p.m. ET on NBCSN).

"Right now it just feels right," said Edwards, who toured the Magic Mile in 28.179 seconds (135.164 mph) in Friday's qualifying session to earn his first Coors Light Pole Award of the season, his first at New Hampshire and the 14th of his career.

"It's just cool, man. My expectation is to do the best we can (on Sunday). My hope is that we win this thing. … We've been working very hard to bring this team together to be the best that we can be. It just feels right. This is cool. It's a lot of fun."

Edwards, who improved dramatically on his previous average starting position of 14.9 at New Hampshire, didn’t believe initially that he had won the pole until he got reassurance from crew chief Darian Grubb.

On the other hand, Logano wasn't particularly thrilled to run second to a Gibbs driver for the second time in six days.

"Second — it seems like the story of our week, coming off Kentucky with a strong second-place run and then qualifying second here as well," Logano said. "Not that I'm complaining about it, but it's not much fun finishing second, being so close to getting trophies and pole flags and all the fun stuff.

"There's not really much fun that happens when you finish second, but we're close. We've got speed in our race car once again."

Danica Patrick advanced to the second round of knockout qualifying and will start 20th, one spot behind Dale Earnhardt Jr. Jeff Gordon, still seeking his first victory in his last season of full-time Sprint Cup racing, will start 23rd.

"Yeah, it's not been a good day for us with the No. 24 car," Gordon acknowledged. "We've been struggling getting the car to do what we need it to do. Just real tight through the center, need to get it to rotate, need some front grip, so we will go to work on it (Saturday in practice).

"It's disappointing that we didn't qualify better. We typically qualify well here and perform well here. We'll put this day behind us and go work on it tomorrow and get it ready for Sunday."

Reed Sorenson, this week's driver in the Premium Motorsports No. 62 Chevrolet, failed to qualify for the 43-car field for the fifth time this season.