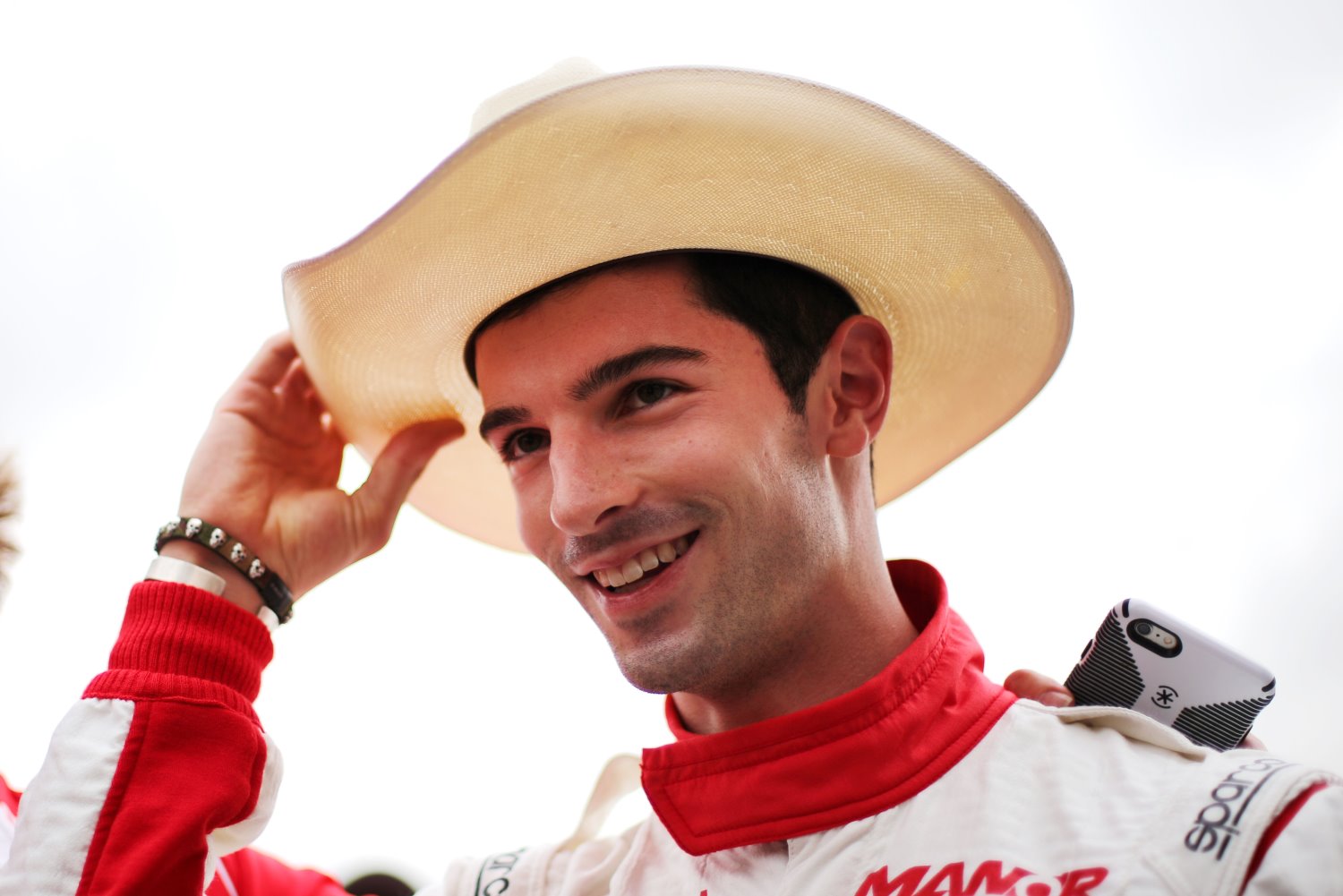 One can assume he got this information by talking to either Bernie Ecclestone or Tavo Hellmund at the USGP in Austin in November.

Ecclestone said recently he was having another look at NJ and Hellmund alluded to a possible race in California – imagine a race around Disneyland in Anaheim.

America's future in F1 is not endangered by the problems facing the current US grand prix in Austin.

That is the view of Gene Haas, the founder and owner of the sport's new Ferrari-linked American team for 2016.

The US grand prix in Austin is in doubt for the future over a funding dispute with the Texas government.

But Haas said that while Austin is "perfect" for F1 at the moment, "There are plenty of racing venues available".

"If COTA unfortunately wouldn't be able to make it, I think that another one would pop up.

"We want to have a US race," he added, "and I think Bernie (Ecclestone) understands how important a US race is."

Instrumental in taking F1 to Austin and reviving the Mexican grand prix, the 49-year-old was also linked recently to Manor, where current owner Stephen Fitzpatrick and bosses John Booth and Graeme Lowdon are reportedly at odds.

The Austin American Statesman newspaper said Hellmund spoke openly about his interest in Manor, even revealing that putting NASCAR’s Dale Earnhardt Jr at the wheel is an option.

Otherwise, Alexander Rossi looks a good bet, as he "has the resume", Hellmund said.

"It would never be our goal to compete with the manufacturer teams," he explained.

"We're never going to spend $400 million a year like Mercedes, Red Bull, Ferrari and McLaren. But we think you can run it respectably and not be in the red. I think you can fight for fifth," he added.

Hellmund admitted his interest may have been triggered by Manor's new engine deal with world champions Mercedes.

"Manor Marussia cut a deal to be able to have Mercedes motors next year, which is a step forward as opposed to a year and a half old Ferrari spec engine," he said.

Hellmund indicated that a 60-day period of due diligence is currently taking place.

"I think if we get to late January or February, it may be too late, and my partners and I would probably lose interest," he said.

Another project Hellmund is eyeing is a potential second US grand prix, having been approached by a local company in California.

"They own some of the land but not all that would be required," he said. "So that's one of the hurdles. And then, can you get all the permits?

"We'll see if they have the stomach for it — I guess that's the right word. Some people are really enthusiastic and have a decent business plan in mind. Some of them are just dreamers and actually don't understand the undertaking, and once that's realized – what is required – it kind of fizzles out," said Hellmund.

11/05/15 Some people are talking about Sean Kelly's tweets about his proposed San Diego F1 project as the project Hellmund referred to last weekend in Mexico City on NBCSN TV.

Today:
Sean Kelly @virtualstatman
How intriguing that Tavo Hellmund says he's ready to announce another North American F1 venue….. an area of passing interest of mine….

Sean Kelly @virtualstatman
When he was bumped from the Austin project we discussed approaching Tavo about San Diego. Hopefully somebody else did!

We proposed this F1 layout to San Diego officials in 2011. Convention Center is a full-size pit/paddock with pitlane

11/01/15 (GMM) An increasingly prominent paddock figure at the last couple of races has been Tavo Hellmund.

With close ties to Bernie Ecclestone, the 49-year-old American was the initial driving force behind the project to bring F1 back to the US in Austin.

No longer part of the promotional team after an acrimonious split, Hellmund nonetheless attended last weekend's race in Texas.

And now he is also in Mexico City.

Less well known is that Hellmund, whose late father was a member of the organizing team when Mexico returned to the F1 calendar in the 80s, was also instrumental in the revival of the track and race for 2015 and beyond.

"Mexico was always part of the plan when I cut the deal with Bernie for Austin", he told the Austin American Statesman newspaper.

Hellmund's comments come less than one week after F1 CEO Bernie Ecclestone hinted that a new race in the United States was being worked on, telling Sky Sports that "we're going to have to go California way" for a second American round. Could it be F1 taking over the Long Beach GP from IndyCar?

Not only that, it emerges that, joining John Booth and Graeme Lowdon in the exodus from Manor is Bob Bell, who has been working as a consultant.

That could tie in with the Guardian's claim that it is Hellmund who is looking to buy into the British backmarker.

Hellmund told NBC: "We're looking at a (US race) project that's probably two weeks away from being able to talk about it, then looking also maybe making an investment with a team.

"But right now, we need to make sure that the Mexican grand prix goes well," he said.