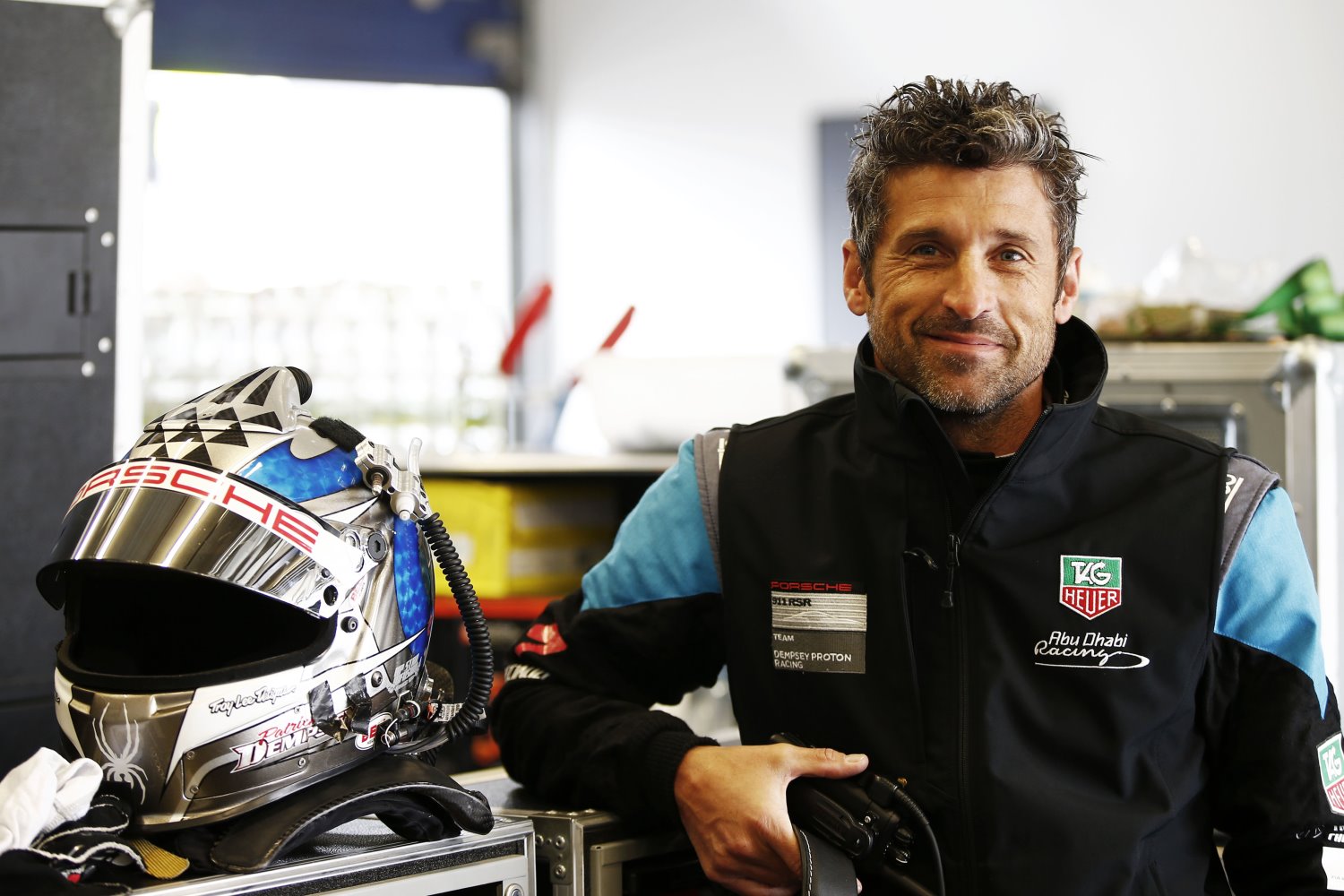 Actor/racer Patrick Dempsey is expected to reduce his racing activities with Porsche next year to allow more time with his family and do more acting to pay for his racing addiction. Details of the brand's motorsports plans were revealed Saturday during Porsche's Night of Champions gathering, although the finer aspects of Dempsey's program were omitted. Via Twitter, Porsche went as far to confirm Dempsey will continue to "follow @FIAWEC races in 2016 as partner of his team."

RACER.com reports that Dempsey, who turns 50 in January, will have a third Proton-run Porsche at his disposal for any FIA WEC races he chooses to enter, but there are no fixed events on his calendar. One member of Dempsey's team described the situation as fluid, and said he could be in the WEC Porsche for "one race, it could be all nine, or it could be zero."