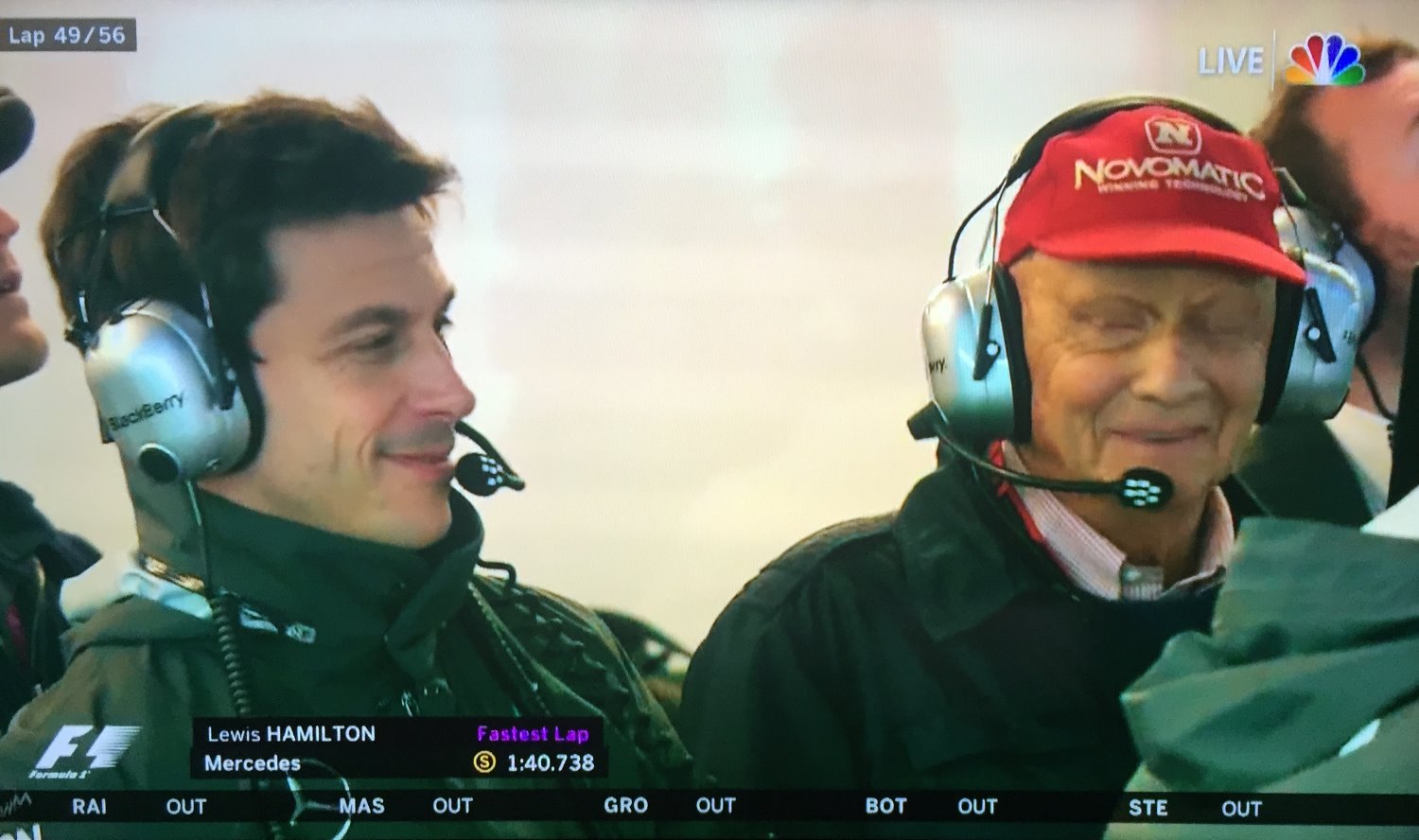 Nico Rosberg says that that Mercedes has determined that a freak gust of wind caused him to go off and lose the lead in Austin. We here at AR1.com do not believe that for a minute.

As soon as Rosberg ran wide Toto Wolff and Niki Lauda were laughing as if to say, it worked perfectly. We caught them laughing (right) as soon as it happened on lap 49 of 56. By then the track was dry, so no reason for the wheel spin.

We suspect they told the engineers to turn off his traction control for a split second (or some other technology change) so Hamilton could pass without being accused of team orders and clinch the title.

This ensured that both the driver's title and manufacturer's title were locked up early and the rest of this year's races will be spent testing pieces for 2016 without worry of a failure costing them the title.