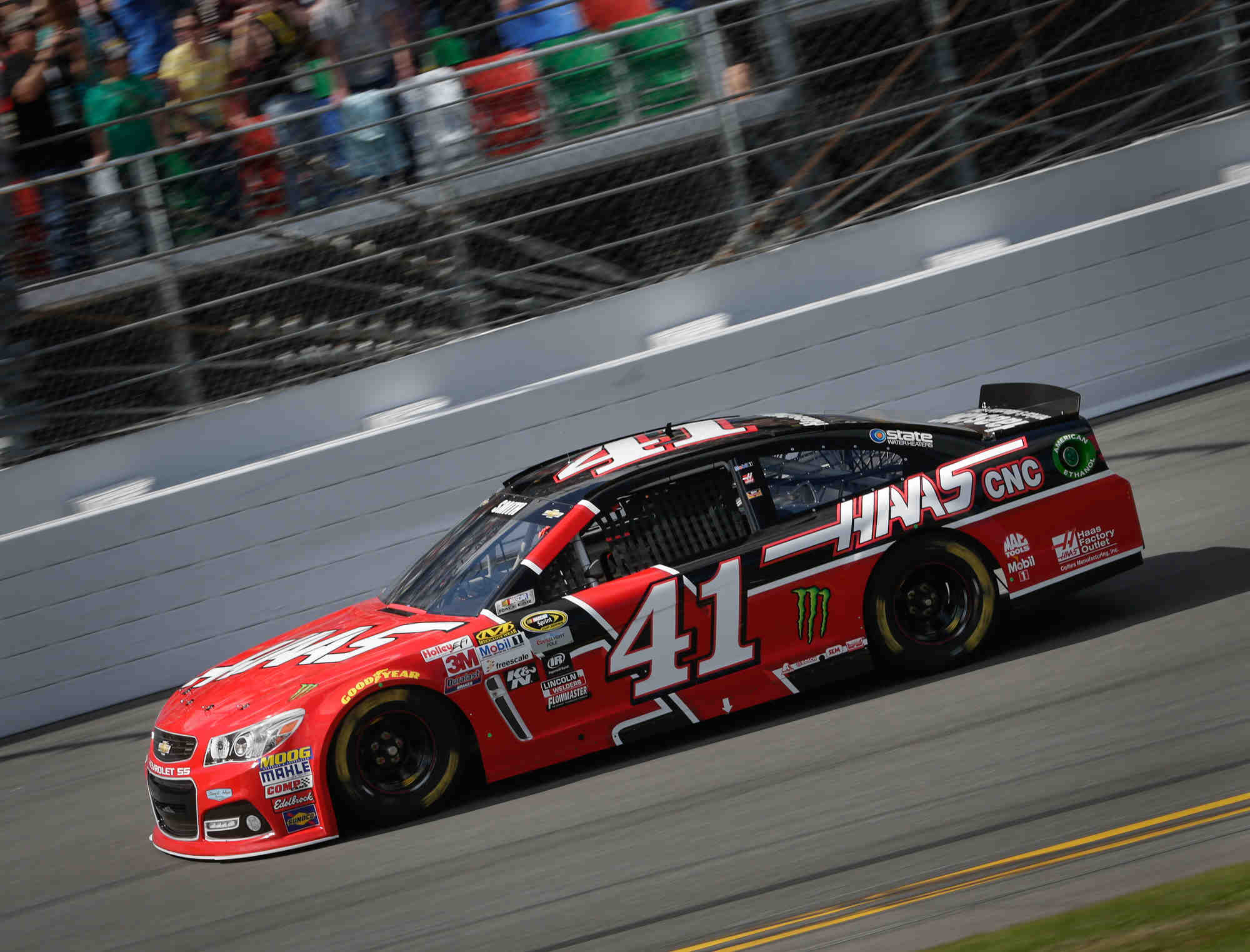 After weeks of speculation, NASCAR today announced new aerodynamic changes to their rules package for the Sprint Cup Series for the July 11 race at Kentucky Speedway in an attempt to improve the quality of racing in the series.

NASCAR's Executive Vice President and Chief Racing Development Officer Steve O'Donnell announced the changes during a teleconference on Tuesday. Among the changes will be a lower spoiler and a smaller front splitter, which will have less overhang than the current aero package.

The new aero changes – which O'Donnell have said has been in the development stage for the last 18 months – are meant to reduce downforce, especially in the corners, meaning less speed carrying through into the corners which NASCAR hopes will lead to more passing and a better quality of racing on the track.

"I know we've said it many times, and certainly want to reinforce it here, that we're committed to putting on the best racing on the track," said O'Donnell. "I'm certainly pleased that it's been evident from really every conversation we've had with our industry that they feel the same way.

"We've been very, very vigilant in talking about tighter racing. I think we've achieved that in terms of 1st to 43rd. You see that those teams are closer than ever, but we certainly want to see more lead changes on the racetrack."

[adinserter name="GOOGLE AD"]Tuesday's announcement comes after weeks of rumors about possible tweaks to the current rules package and other changes for the 2016 rules that have yet to be announced – rumors that picked up steam after a closed-door meeting between NASCAR officials and several top-level Sprint Cup drivers prior to the race at Dover three weeks ago.

The primary topic of discussion among the drivers who attended the meeting were the difficulties in passing on some of superspeedway tracks this season, particularly on the 1.5-mile ovals such as Kentucky.

The current 2015 rules that were implemented in the offseason reduced horsepower as well as downforce in an attempt to make the racing more competitive. Instead, the current package has made passing more difficult, if not impossible, for cars back in the pack.

Drivers have complained that the current rules package provided a distinct advantage to the driver leading the race in clean air, making it nearly impossible for the cars running behind to catch up.

The closed-door meeting held at Dover came just two weeks after the Sprint All Star Race at Charlotte Motor Speedway – another 1.5-mile oval – where Denny Hamlin ran away with the lead after getting out front.

"We've certainly talked to the drivers. That's no secret," said O'Donnell. "There are some drivers who are very vocal on wanting to pursue this angle. There are some who actually like a very different rules package, so it varies. But I would say all are aligned in terms of the package that we're heading into for Kentucky

"Everybody being aligned, let's put this together, we believe we can deliver a race at Kentucky that the industry will all be proud of, and so once we had all that alignment, the decision was made to go forward."

O'Donnell said that with five of the 10 races in the Chase for the Sprint Cup being held on 1.5-mile tracks, Kentucky was an obvious choice to unveil the new package, but stressed the July 11 event is a race, and not strictly a test.

"During our conversations with a number of race teams, we had initially looked at it as part of the All-Star Race, and then in essence took a pause and thought, you know, what's the best thing to do going forward, if we were going to implement this type of package," said O'Donnell, "and as we got through those discussions, not only with the drivers but the race teams, Kentucky really seemed to line up for everybody that this would be a great avenue for us to implement it in a race. So that's where we landed on Kentucky."

The new aerodynamic changes are only in place for the race at Kentucky, after which O'Donnell has said they'll have discussions about what to go from there.

[adinserter name="GOOGLE AD"]"We'll evaluate not only that but a number of different factors coming out of Kentucky and see what we can learn and potentially what we can implement down the road," said O'Donnell.

"This is not an abandonment of any rules package. There's many positives we've seen out of our current rules that shouldn't be dismissed, but we're constantly working on all areas of competition, and we'll never consider the racing package final, because we've been vocal and will continue to be vocal about our commitment to continuing to improve the racing."

Teams will be able to shake down to the new aero package during an open testing session at Kentucky Speedway on July 8, three days before the race.