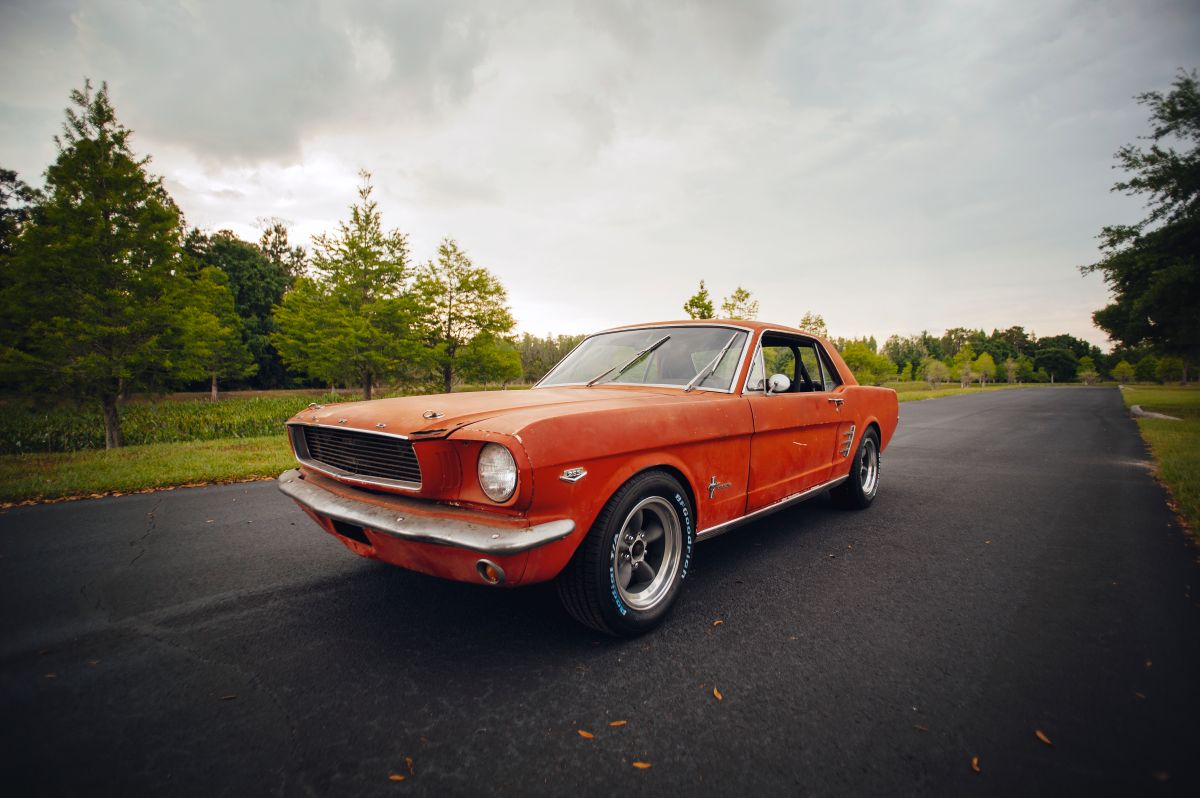 On the morning of May 11, 1966, Carroll Shelby's crew went to work on their sixteenth Shelby Mustang SCCA A Sedan/Group 2 racecar. They would never build another one.

Originally painted in Ford's familiar Wimbledon White, the car was loaded with go-fast gizmos during a lengthy process that converted it from an assembly line street car to a professional, high performance racing machine. Like the fifteen cars that preceded it, this Shelby Mustang was powered by a 289 cubic inch V8 engine with an advertised 271 horsepower. In reality, it probably had far more power than that since Shelby's small block Fords routinely registered well beyond 400 horsepower on the dyno.

The car would leap out of corners under acceleration. The Borg Warner close-ratio 4-speed transmission was linked to a 3.89:1 rear axle with Detroit Locker differentials. The suspension was state of the art for 1966, including lowered front A-arms, front sway bar, with Pitman and idler arms borrowed directly from Shelby's ultra-successful GT350R fastback racecars.

The factory black interior was mostly stripped, replaced by a racing seat with 3-inch safety belts, an 8,000 rpm competition tachometer and a four-point roll cage.

Ironically, when the final Shelby SCCA Group 2 Mustang was completed in the late spring of 1966, it was delivered to its first owner but never raced. The car was repainted red, driven infrequently until 1977, and then unceremoniously put into storage. It was a dubious ending for one of the mightiest road racers of its time.

But at the same time, the odd career of this unemployed racecar is precisely what makes it so valuable today.

[adinserter name="GOOGLE AD"]After sitting idly for 37 years, the Shelby Group 2 Mustang was given a detailed mechanical inspection last summer, followed by an extremely limited restoration. The oil pan was dropped and cleaned, the entire brake system was rebuilt, the tires were replaced and some head work was done on the engine. To preserve the amazing originality of the car, no further work was done. It remains today as it was built by Shelby in 1966 and as driven by its first owner until the mid-1970's.

Such limited restorations are the latest wave in collector automobiles, offering several enormous advantages. Expenses are dramatically reduced. The history of the car is carefully preserved. And it's never too late to go back and restore the car to perfection if a future owner chooses to do so. But as they say, “it's only original once."

The final Shelby Mustang Group 2 racer ever built now appears just as it was found in storage last summer after nearly four decades. The car will be publicly displayed for the first time at the upcoming Mecum auto auction in Indianapolis, May 12-16, where it will be offered for sale as one of the truly rare pieces of Shelby motor racing history.